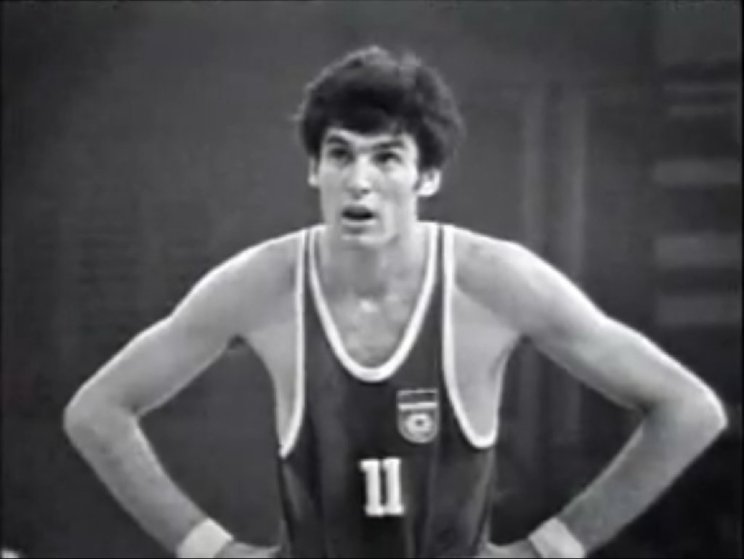 Krešimir Ćosić, a member of The Church of Jesus Christ of Latter-day Saints, was born on 26 November 1948 in Zagreb, the capital and the largest city of the Republic of Croatia. He is the son of son of Ante and Darinka Ćosić. He was raised in Zadar, Yugoslavia, now Croatia, a city located on the Adriatic Sea which is a historical center of Dalmatia, and the seat of the Roman Catholic Archdiocese of Zadar. Zadar is also known as the birthplace of Croatian basketball which was begun in 1930.

A Leader on the Basketball Court

He loved playing basketball for his nation’s teams and later described what happened in his hometown when the national team won major basketball games:

The whole town celebrates. Everyone dances; there is no work; everything closes. You can go outside, and you can see it’s a completely different place for a week. Those are maybe the most impressive things. In the United States there is not so much celebration. In Zadar we have happiness. We have a good time winning the game.”  (New Era, Feb. 1974) [1]

Somehow Brigham Young University Head Coach Stan Watts persuaded the 6-11 player (with a shoe size of 17) to leave communist Yugoslavia and come play for the Cougars in Provo, Utah. He played center for the team from 1971 to 1973. While in college, he averaged 19.1 points per game and 11.6 rebounds per game. For a time, he was the school’s all-time leading scorer with 1,512 points. His style was notably unorthodox but crowd-pleasing. One writer even described him as a giraffe in sneakers.

During the 2005 NCAA Men’s Basketball Tournament, CBS Television analyst Billy Packer highlighted Cosic during a discussion of the quality of international players.  He said, “Krešimir Ćosić, who played at BYU, was really the first great international player to play college basketball in the United States.”  After his junior season, Krešimir  became the first non-American player ever named to the All-American basketball team. [1]

Ćosić was also an Olympian. He played in the 1968, 1972, 1976, and 1980 Olympic Games. He led Yugoslavia to a silver medal in the 1968 Olympic Games in Mexico, and a gold medal in the 1980 Olympic Games in Moscow. In 1970 and in 1978 he led Yugoslavia to win a pair of World Championship gold medals. An Italian team was so impressed by his performance in the European championships that it offered him a $200,000, three-year contract, but he turned it down, preferring instead to remain in Zadar.

Following his playing days, he turned to coaching and led the former Yugoslav team to a silver medal in the 1988 Olympics in Seoul Korea, and two bronze medals at the 1986 FIBA World Championship and the 1987 Euro Basket. In 1991, FIBA (French: Fédération Internationale de Basket-ball) named Krešimir Ćosić as one of FIBA’s 50 Greatest Players.

A Leader Off the Basketball Court – A Spiritual Giant 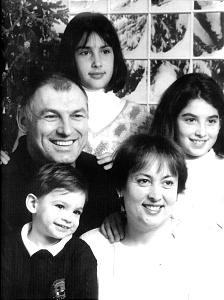 During his lifetime, Krešimir Ćosić was also a notable Church leader and missionary of The Church of Jesus Christ of Latter-day Saints. When he first arrived in Provo, Utah, he recalled a dream from years earlier in which he envisioned the mountains east of Provo, and he felt that the dream meant he was destined to play for BYU.  His new colleagues informed him that dreams can sometimes provide spiritual guidance sparking an interest in him to learn more about this new Christian faith. One day he showed up at the office door of BYU professor Hugh Nibley who, he had been told, understood some of the spiritual purposes of dreams. The two men became close friends. One day Ćosić said, “There are a hundred reasons why I should not join the Church, and only one reason why I should—because it is true.” [1] So, in November 1971, Krešimir Ćosić made the decision to be baptized a member of The Church of Jesus Christ of Latter-day Saints.

To deflect public attention from his fans, the star player was baptized by Nibley in a private service in the basement of the Tabernacle on Temple Square in November 1971 (the font has since  been removed).  The sisters who worked at the Tabernacle baptistery were shocked when they saw him stoop through the front door.  Days earlier, they had felt inspired to stitch together an extra-long baptismal outfit, wondering the entire time at the remote prospect of anyone ever wearing such long-legged clothing.  But the white clothing fit Ćosić perfectly. From his baptism until he completed his athletic career in the spring of 1973, he joined the Nibley family each week for Family Home Evening. He also became a close friend of the Truman and Ann Madsen family.  “Boss,” as Ćosić often referred to Madsen, became both his friend and mentor.

Ćosić lived his new religion with the same determination and gusto with which he played basketball. His BYU teammates and coaches reported that after his baptism he could usually be seen reading a church book of some type—on planes and buses, in hotel rooms, even just before the start of games.  It was as if he knew that soon he would be the only member of the Church when he returned home, and he needed to have a firm grasp and understanding of the restored gospel. [1]

During the time that he was coaching the Yugoslavian national team and leading them to victory, he was busy on an errand from the Lord actively spreading the gospel in his native land as the LDS presiding priesthood holder in post-communist Croatia.  In his spare time, the national sports star translated the Book of Mormon (Another Testament of Jesus Christ) (Croatian: Mormonova knjiga (Drugi zavjet Isusa Krista)) and Doctrine and Covenants  (Croatian: Nauk i savezi) into Croatian.

“He was a man of God for his country,” said Elder Wondra, former mission president of Yugoslavia. “Brother Cosic laid the whole foundation for the kingdom of God in his country. Everything we have there, we have because of him. And this under communistic dictatorship. It was publicly known that he was a Mormon, but the love and admiration of his people made him untouchable—beyond any criticism.” [1]

Krešimir Ćosić laid the foundation of the Church in Yugoslavia at a time when foreign priesthood leaders were not allowed to even minister in the country.  As a young priesthood leader, Kresimir organized church branches in Zadar, Zagreb and Belgrade. He assisted in the translation of the Book of Mormon, Doctrine and Covenants, Pearl of Great Price and the temple ceremony.  He translated for President Thomas S. Monson, then of the Quorum of the Twelve, during the dedication of the first meetinghouse in Zagreb and the dedication of the land for the preaching of the gospel in 1985. [1]

A Leader Among Men – A Political Statesman 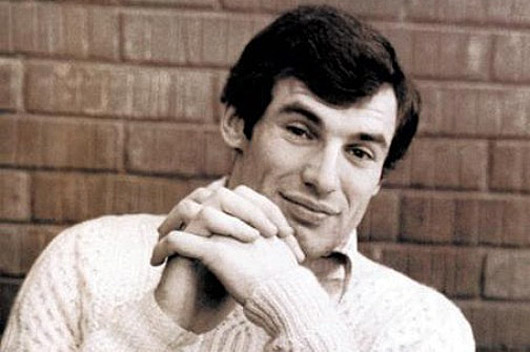 In the years following basketball he sought to help Croatia seek an end to the Balkan war by becoming one of the country’s top diplomats. He was just 42, when he was named Deputy Ambassador to the United States in 1992 for the newly independent Croatia, working at the embassy in Washington, D.C. and helping to secure the land where the embassy now stands. “The president (of Croatia) thought Washington was the most important city to us after our capital of Zagreb,” Brother Ćosić is quoted as saying.  “He sent me here because I know America.” [1]

Krešimir Ćosić died at the Johns Hopkins Hospital in Baltimore, Maryland on 25 May 1995 after a year-long battle with a form of cancer known as non-Hodgkin’s lymphoma. He was 46 years of age. He was beloved in his native Croatia, a country in former Yugoslavia, as a national hero.

For his contributions as sportsman and statesman,  Krešimir Ćosić was honored on 25 May 2005—the 10 year anniversary of his death from cancer—by the city of Zagreb, his birthplace.  A major public square, “ Krešimir Ćosić Square,” is located adjacent to the country’s main sports complex.  It was named in his honor during a ceremony that included members of the Croatian sports community, as well as some of his family and friends, and Church leaders, including Elder Bruce C. Hafen of the Seventy.

In a tribute speech to the U.S. Senate at the death of Krešimir Ćosić  in 1995, Senator Orrin Hatch said, “Since 1991, Kresimir was one of my wisest counsels on the crisis in the Balkans. Always with optimism, he would outline the regional complexities with a shrewd notion of strategy that effortlessly combined historical sense with the ability to see three moves down the court.” [1]

On 4 March 2006, Krešimir Ćosić became the second men’s basketball player to have his jersey retired by BYU (the other was Danny Ainge). Even after his death his name lives on as one of the great basketball legends. Some of the honors that were bestowed upon him posthumously include: (information obtained from Wikipedia – Krešimir Ćosić)

1. In 1996 he became the third international player ever elected to the Basketball Hall of Fame in Springfield, Massachusetts, the birthplace of basketball.
2. On March 4, 2006, Ćosić became the second men’s basketball player to have his jersey retired by Brigham Young University (the other was Danny Ainge.)
3. In 2007 he was enshrined in the FIBA Hall of Fame.
4. The Croatian landmark formerly known as Califfi Castle now carries the name of this basketball superstar and Churchman.
5. There is a square in Zagreb, Croatia that bears his name (Trg Krešimira Ćosića).
6. KK Zadar home arena is named after him.

In June of 2012, in Zadar, Croatia, more than 375 people gathered for three days of events to celebrate the 40th anniversary of the first baptisms performed in the former Yugoslavia by the late Kresimir Cosic.  These events, over which Elder Erich Kopischke of the Seventy, president of the Europe Area, presided, also celebrated the first time as of this year that all countries of the former Yugoslavia—and Europe—have proselyting missionaries and Church units.  This was the first time that members of the Church from each of the four countries of the Adriatic North Mission (Slovenia, Croatia, Bosnia and Herzegovina, and Serbia) had gathered together since the Balkan War in the 1990s. (Church News, July 21, 2012.)

The name, Krešimir Ćosić, is still highly respected in the former Yugoslavian countries of Croatia, Serbia, Montenegro, Bosnia, Herzegovina and Slovenia. He is also recognized as a devoted father, husband, humanitarian and Christian of the highest moral character.  He and Ljerka raised three children: Iva, Ana, who graduated from BYU,  and Krešimir.