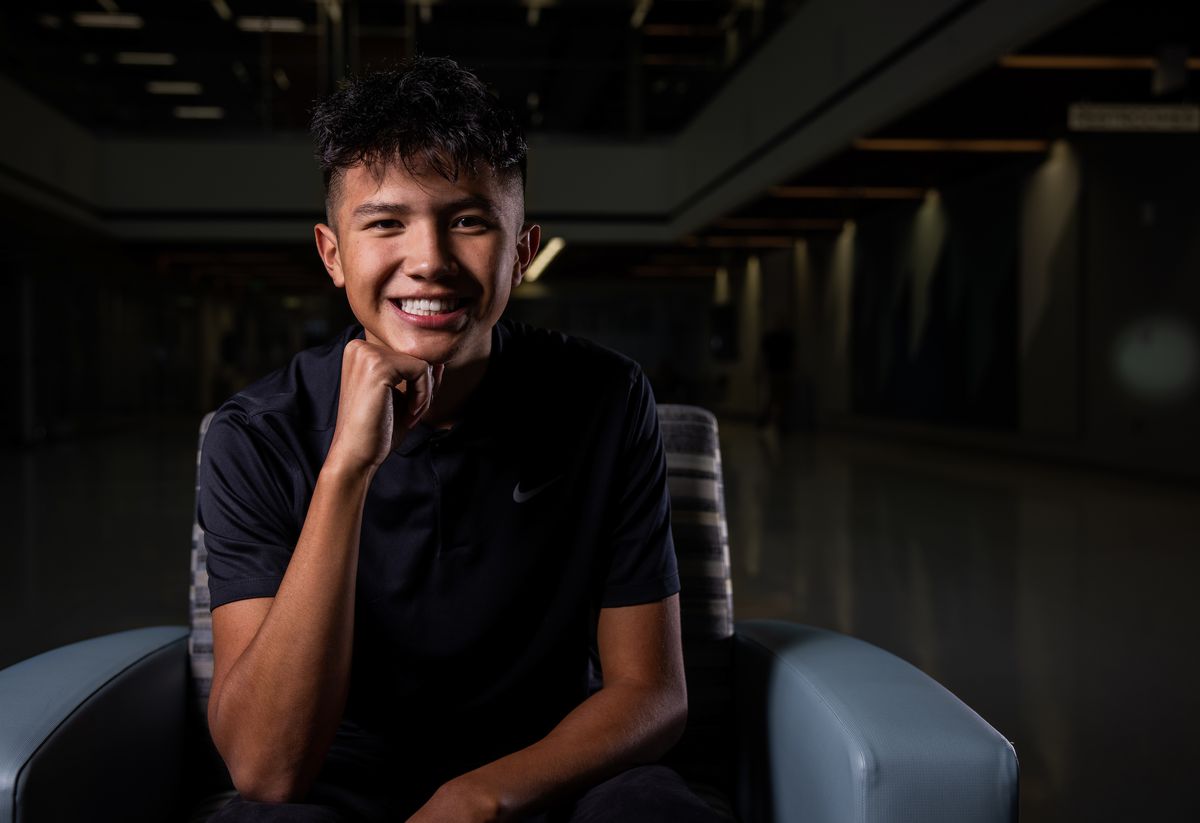 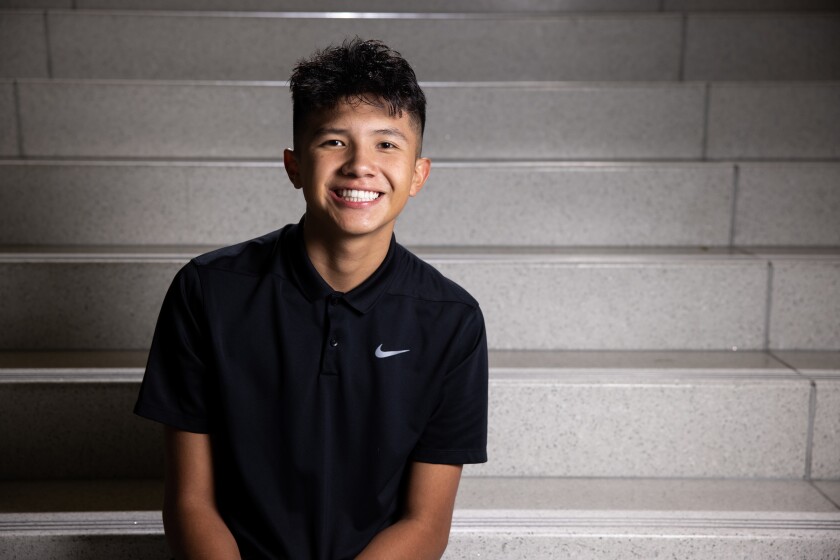 George Martinez, a young Hispanic man from Lehi, Utah, is a member of The Church of Jesus Christ of Latter-day Saints. He is also a freshman at his school of choice, Brigham Young University (BYU). The odds were not necessarily in his favor for being able to attend BYU, but then a miracle happened that changed everything.

George was able to enroll this fall at BYU after receiving a full-ride, four-year scholarship from the Utah Jazz. The scholarship is designated for Utah students from an underrepresented group. It covers tuition, books, fees and room and board at one of six universities in the state of Utah.

He is the son of Mexican immigrants who did not have any college opportunities. He aspired to attend BYU. He maintained a high grade-point average at Skyridge High School in Lehi, Utah, but scored low on the ACT college entrance exam. He all but expected that his application to BYU would be rejected. He even considered waiting to apply until after he had served a two-year mission for the Church.

George made the decision to submit his application and found himself in seventh heaven when he learned that he had been accepted to BYU, where, according to the university, only 7% of the student population of 33,000 are Hispanic. He told the Deseret News, “It was a burst of excitement at that moment. It was especially motivating to see that my parents were happy and proud.”

Now that George had cleared the hurdle of getting accepted to the school of his choice, he faced the obstacle of being able to afford a college education. Once again, the odds did not appear favorable. So, he began applying for several scholarships. He said, “There was no way I was going to be able to afford college.” But then, another miracle happened.

One day he came across the Utah Jazz scholarship — one for every team win during the 2020-21 season. Although it seemed like a remote possibility that he would receive the scholarship, he decided to apply for it. As part of the application, he was required to make a one-minute video discussing his educational goals and how he could best serve his community.

In his video presentation, George discussed his parents’ immigration from Mexico and his desire to become a first-generation college graduate. He also mentioned that he has an express interest in the computer engineering field and hopes to someday pay his educational opportunities forward.

He hesitated at first to send in the application, but just days before the spring deadline, he decided to send it in. Much to his amazement, a few weeks later, he received a FaceTime video call from former Utah forward Georges Niang, who congratulated him for being selected. 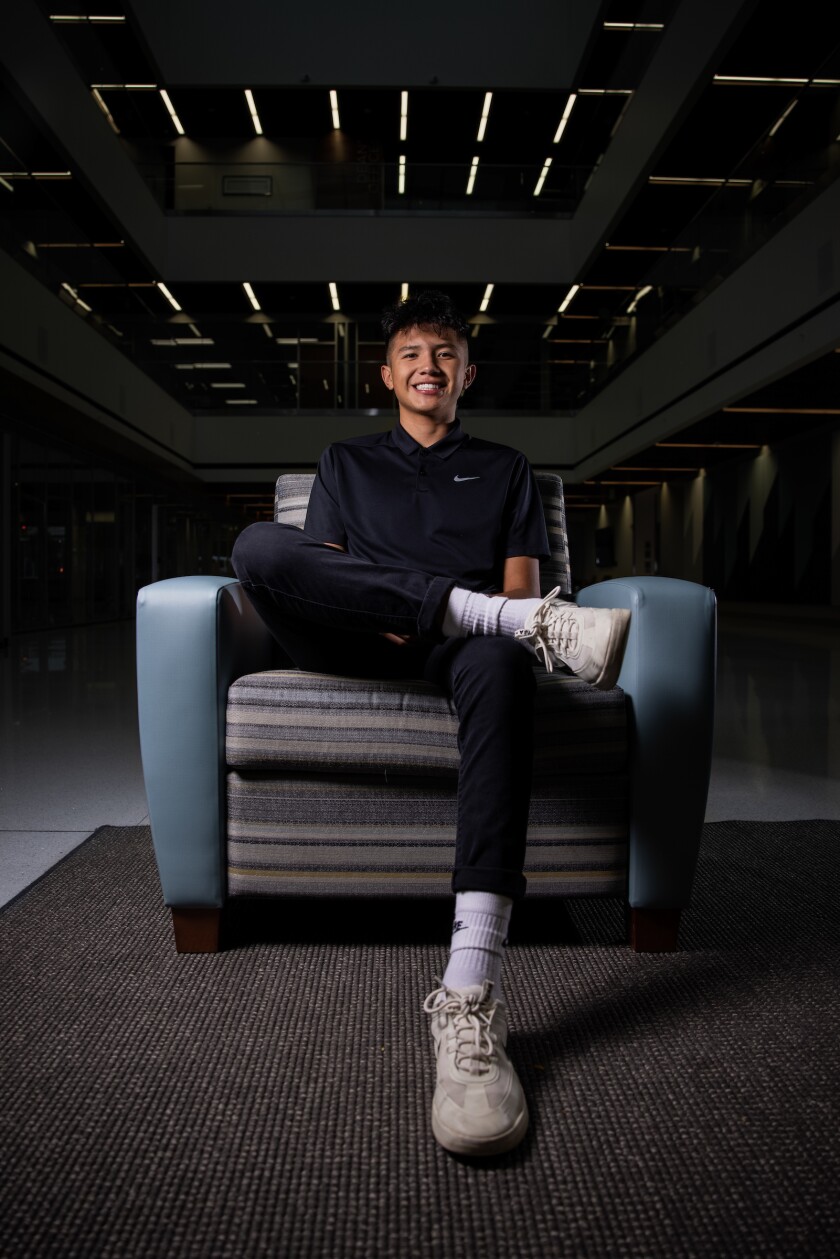 His mother cried tears of joy as she stood nearby as he took the call. Knowing that he would not have to work multiple part-time jobs to be able to afford attending BYU took a great weight off his shoulders. He said, “It was a heartwarming moment. It relieved me that I was going to be able to focus on college.” He has plans to attend BYU for a year before serving his mission.

Grant said, “I think it’s absolutely amazing that the Jazz are doing this. I’m a huge NBA fan and I’ve never heard of an organization doing this for students, especially in minority groups. I’m super grateful on behalf of George that he was able to get it. I know how much it means to him and his family.” Moises Aguirre, director of BYU’s Multicultural Student Services, which focuses on helping American minority students at the university, added:

The Utah Jazz scholarship is just what students like Martinez need. . .. A scholarship of (this) magnitude allows minority students to focus on their education and not have to worry every day about how to pay for next semester, next month of rent, and even what to eat tomorrow. Students like George Martinez just need an opportunity. They are hardworking and have the resiliency to accomplish great things. With this scholarship, George will be able to focus on his education and make a great contribution, as a first-generation college student, to enrich the environment at BYU.