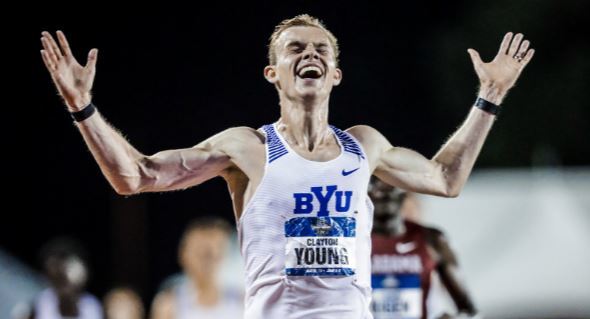 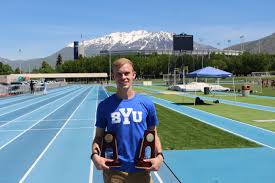 Clayton Young is a national champion distance runner. He is also a returned missionary for The Church of Jesus Christ of Latter-day Saints (often mistakenly referred to as “the Mormon Church). He served a Spanish speaking mission in the North Carolina Raleigh Mission. Speaking about his mission, he said, “I was able to witness people changing their lives but the changes that happen personally on a mission are priceless.” Missionary work taught him lessons in patience, persistence, and perspective, all of which serve him well as an elite runner.

Clayton discovered a love for distance running while in elementary school in Yakima, Washington. When his family moved to Utah County prior to his freshman year of high school, he began competing for American Fork High School and its elite cross-country program. State championships and an invitation to compete at nearby BYU would soon follow.

When Clayton returned home from his mission in 2014, he began training with the Brigham Young University (BYU) men’s cross-country team. Being a well-fed returned missionary, his coaches and teammates good-naturedly assigned him to the mythical team squad known as “fat camp.” Clayton took it all in stride, commenting, “When you’re with a bunch of guys, it’s kind of an endearing name.” He soon traded “fat camp” for “fast camp.”

Clayton, now a senior at BYU, won the men’s 10,000-meter race during the 2019 NCAA Outdoor National Championships in Austin, Texas, on 5 June 2019. Several of his Cougar teammates finished close on his heels, including Connor McMillan who placed third and Conner Mantz who placed fourth.

Going into the race, Clayton was anxious for his final NCAA championships to be his best, admitting that he had underperformed at the national championship level, year after year. However, when asked by the Church News about how he felt about winning one of college racing’s most storied events, he shifted his focus to his teammates. He remarked, “A couple of weeks out from the race, I had this overwhelming feeling that one of us would win the title. My personal expectations were more focused on the team and scoring points. But I knew that I had a chance to close well.”

Clayton also credits BYU coach Ed Eyestone and his staff for allowing him and the other distance athletes to perform high-volume workouts almost up to championship race day. He proclaims that it was the hard work that kept him focused. He told the Church News, “The feeling that overcame me in the last 100 meters was overwhelming, just knowing I was going to be a national champion.” He continued, “I often jokingly say that the 10,000 meter is the most exciting race, and tonight it was.” 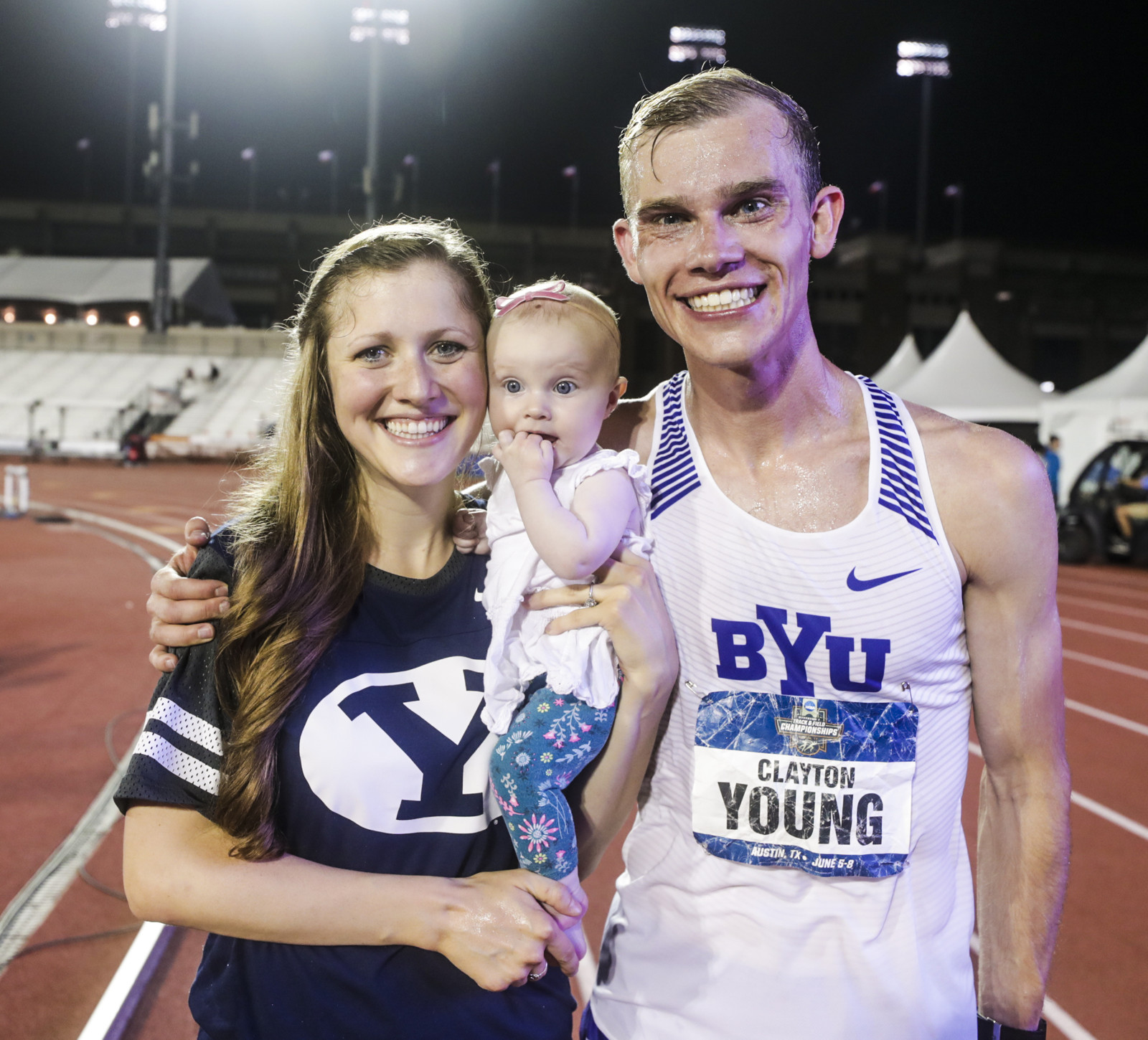 Later, in a Facebook post, Clayton wrote, “One week ago, I earned the title of NCAA National Champion. And while that may mean a lot to the world, to me it pales in comparison to my titles of Husband and Father. This one is for my girls, Ashley and Lucy.”

Clayton Young now adds his name to a long list of track and field legends. He is blessed to compete on a team that not only helps him develop as an athlete but also as a Latter-day Saint. He said, “It’s cool to be part of a team that realizes there is more to life than running. But we do love to win, and we do it well.”

Clayton and his wife, Ashley, who is also a returned missionary, are the parents of a six-month-old little girl named Lucy. He is now focusing on his upcoming racing career while continuing his graduate studies in engineering at BYU. He also aspires to one day represent Team USA at the Olympics. Although he has a demanding schedule, he makes time to serve in the Church and currently serves as a ministering coordinator in the young-married student ward that he attends.