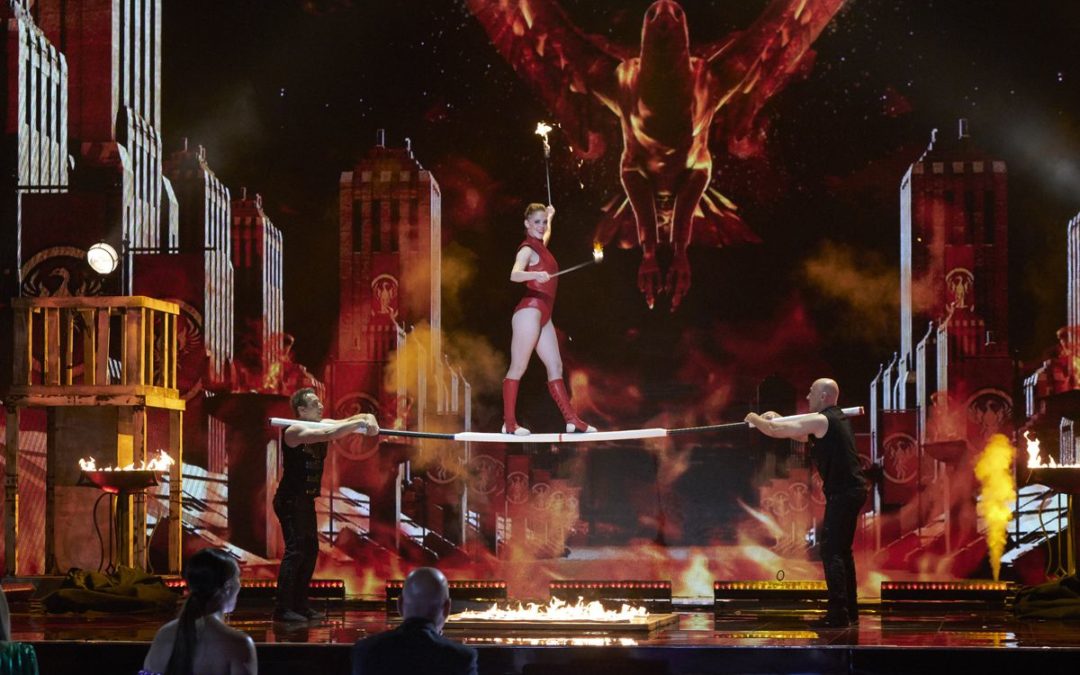 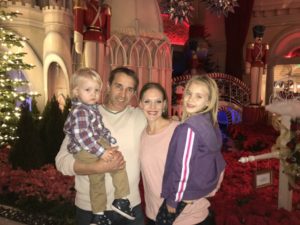 Cassie Sandou, a member of The Church of Jesus Christ of Latter-day Saints (often referred to as “the Mormon Church”), is a 34-year-old professional circus performer from Henderson, Nevada. She is married to Konstantin Sandou, and is the mother of two young children – her 18-month-old son Kiril and 6-year-old daughter Kaylie.

As a member of the Church, Cassie strives to live her faith. She said, “The gospel teaches us to be a light to others and to be an example, and so I try to live my life like that as much as I can.” Cassie’s mother, Shelly Craig, said, “She [Cassie] lives in the world but not of the world. … She talks about the Church and the things she does. She’s very open with the people she meets. And it’s just a part of her — it’s just who she is.”

To say that Cassie is a “supermom” is perhaps an understatement. A typical day includes waking up and getting her 6-year-old first-grade daughter ready for school. She does Kaylie’s hair with a “hair of the day” hairstyle, and they pray and read scriptures together before sending her out the door. Then, she juggles taking care of her 18-month-old son, Karil Severus, taking care of the house, and managing the company that she started with her husband called Cirque Entertainment. In addition to all that, she performs five days a week at a new family-friendly show in Las Vegas called “Celestia,” which recently won awards for Best New Acrobatic Show and Best New Show in Vegas. 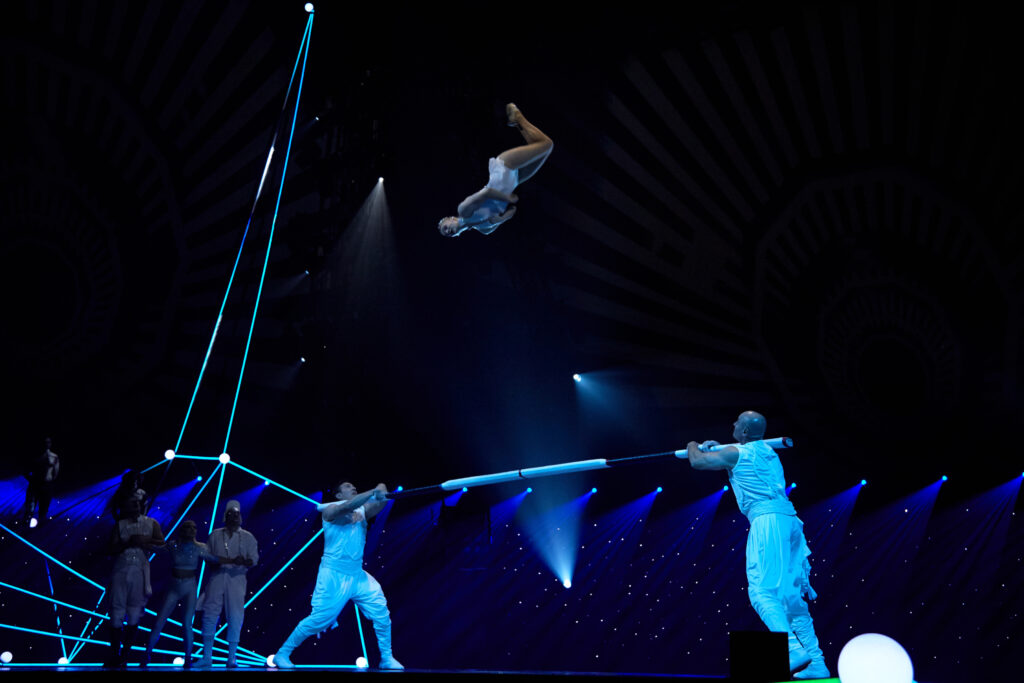 The acrobatic act, known as the Russsian Bar act, is rare because of its physical and mental difficulty, and it also requires a significant amount of faith and trust. Nevertheless, it is one of the acts that Cassie, her husband, Konstantin, and her brother-in-law, Sergei (professionally known as The Sandou Trio), perform during “Celestia,” a new family-friendly show that opened in June 2019 in Las Vegas.

Cassie is one of the few Americans who can perform the Russian Bar act. Speaking to the Church News about the acrobatic act, she said, “It’s something you have to do 100 percent every single time. Heavenly Father is with me every single time I do this act. Every time I step out on stage, I’ve said my little prayer for Him to be with me to watch over me.” Her husband, Konstantin, added, “Not too many people can do it because it’s so difficult. It’s a totally different acrobatic skill that requires mental focus.”

The Sandou Trio has performed all over the world. In 2009, they traveled the globe with Britney Spears’ Circus Tour. In 2011, the group was a semi-finalist on America’s Got Talent. In 2017,  The Sandou Trio was featured on The Greatest Showman starring Hugh Jackman. They have also performed for Cirque Du Soleil, various shows in Las Vegas, and countless NBA halftime shows. Cassie commented, “I’ve grown a lot as a performer since I started. I’m very comfortable with who I am. I’m very comfortable with what I do. I’m kind of like the ‘show mom.’ I love taking care of people, and they know that I’m reliable and trustworthy.”

Two of Cassie’s most memorable experiences include talking with Britney Spears’ manager about the Church while on tour and a conversation with Hugh Jackman about life and family while in New York filming The Greatest Showman. 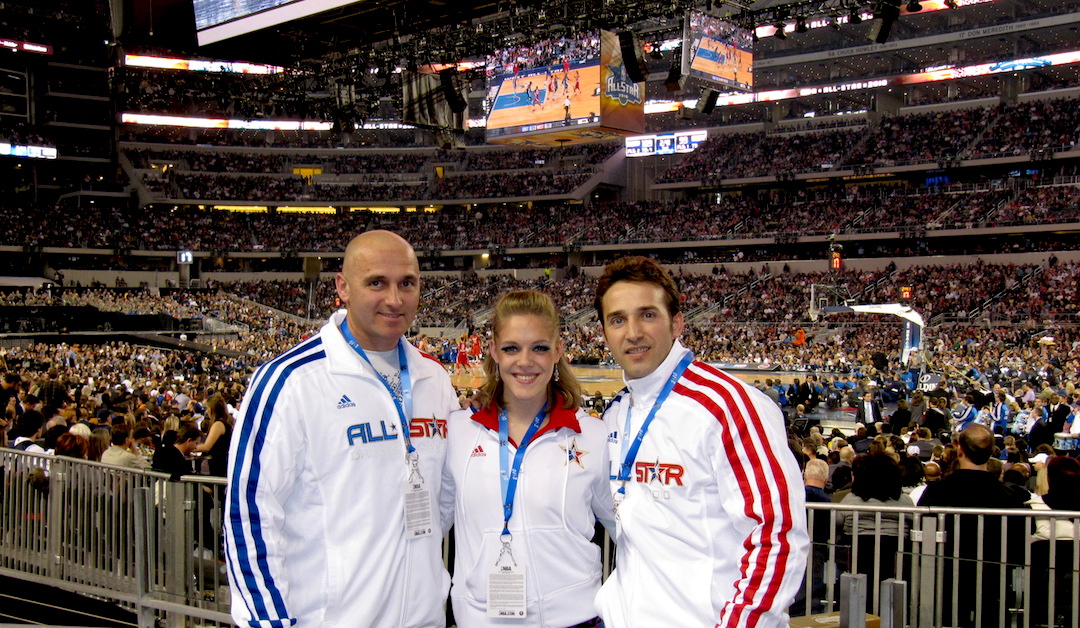 Cassie is the middle of five children. She was born in Price, Utah, and her mother recalls that as a child, Cassie was very energetic and competitive and would do cartwheels off the couches. At eight years of age, she started training as a gymnast. Her mother recalls that Cassie’s gymnastic coaches were always impressed with her values because “she just maintained that value system that she was taught in the home.”

Cassie’s father, John Craig, served in the Air Force, which moved the family around the country. As a result, she became used to being “different,” and standing out as a member of the Church. She said, “I think it was the best thing for me because it made me realize who I am and what I stood for and to not be ashamed of who I am.” Her dad added, “She’s always very supportive of everybody, and yet, she lives up to her principles and the things that she believes are right.”

In 2005, Cassie and her family were living in Biloxi, Mississippi. She had just started the first week of college when Hurricane Katrina hit. The family’s home was completely destroyed and her father was transferred to San Antonio Texas. In Mississippi, she was a high-level gymnast and was coaching. Moving to Texas was a major game-changer for her. She enrolled in a new college but struggled to find real purpose. Not long after the move, her sister told her about auditions being held at Sea World. She tried out and got the job at Sea World as an acrobat. 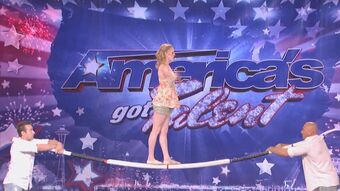 While working at SeaWorld that summer, Cassie met her now-husband Konstantin Sandou, who is from Moldova, an Eastern European country bordered by Romania and Ukraine. He was the main performer and did several acts in the show. He encouraged her to try the Russian Bar act, and having never seen the act before, she caught on quickly.

In 2007, Cassie moved to Las Vegas to pursue opportunities to train and learn new acts. In 2008, she and Konstantin were married. Over the next decade, her career took off. She has been performing professionally for the past 11 years and feels blessed to do something she loves.