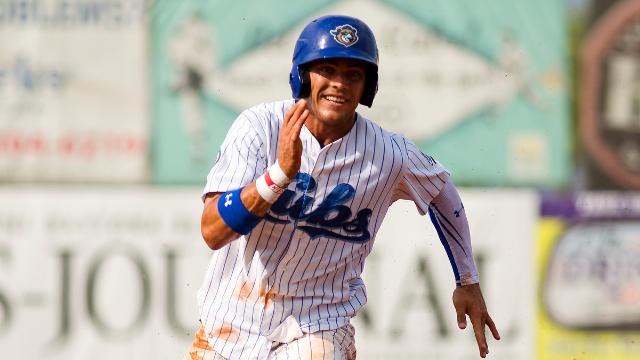 The choice to serve a two-year mission for The Church of Jesus Christ of Latter-day Saints may have made baseball player Jacob Hannemann an older prospect, but he doesn’t have any regrets about his choice.

Hannemann played both football and baseball while at Brigham Young University (BYU). He was also an all around athlete while attending Lone Peak High School and was initially drafted at 19 by the Kansas City Royals with a hefty signing bonus of $250,000. Hannemann, however, turned it down in order to accept a mission call.

After his mission Hannemann started at BYU. During the 2013 season he earned the West Coast Conference Freshman of the Year honors. That year, the Chicago Cubs picked him up in the draft and he’s been playing for the Iowa Cubs – just one step away from the major league – every since. He’s one of the older players to still be considered a prospect, but even with a recent injury his potential is clear.

Hannemann did an interview with the Des Moines Register talking about his mission and baseball career. Read the full interview here.