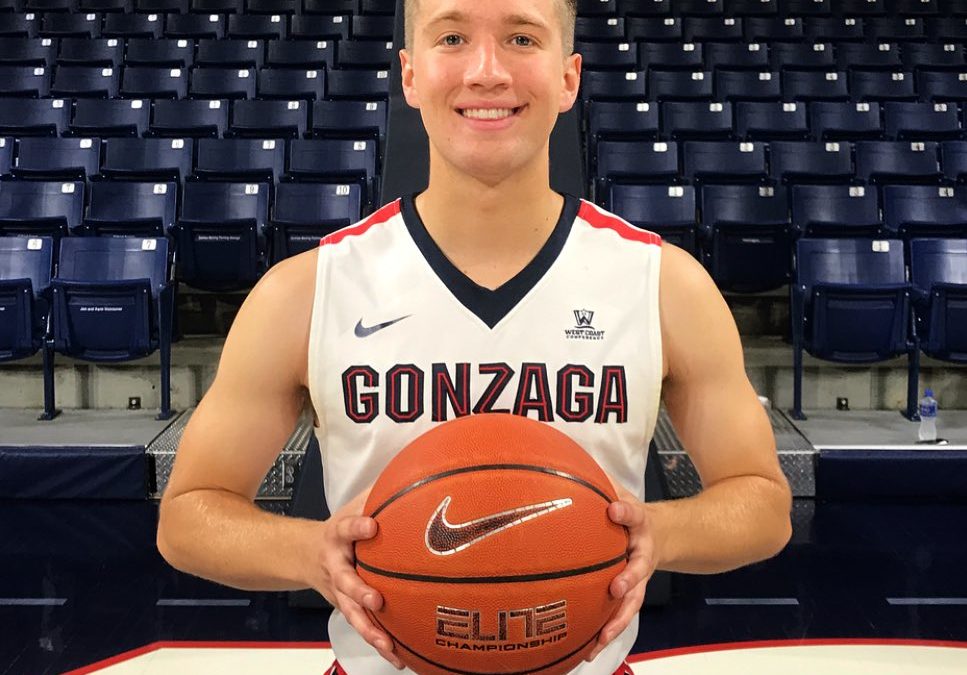 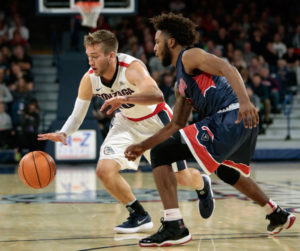 Utah native, Jesse Wade, an LDS returned missionary is a freshman guard for the Gonzaga Bulldogs (#10) at Gonzaga University, a private Roman Catholic university in Spokane, Washington. One of the things that causes Jesse to stick out at the school is the fact that he manages to juggle basketball, classes – and marriage.

Jesse is married to Jade Wade. He is from Kaysville, Utah, and is 20, and Jade is from Colchester, England, and is 22. She moved to the United States last summer and she and Jesse were married in August 2017. The two crossed each other’s path almost two years ago when they met in France during Jesse’s mission. Jade was also serving an LDS mission at the time.

Jesse’s two-year mission for The Church of Jesus Christ of Latter-day Saints to Lyon, France, immediately after high school prolonged his collegiate basketball career by two years. At a college like Brigham Young University (BYU), no one would think twice about Jesse being a married collegiate athlete, but at Gonzaga, it is indeed rare.

In a recent article for The Spokesman-Review, journalist Whitney Ogden wrote, “He has gladly taken on the label as the old married man of the Zags. He and his wife, Jade, are an anomaly not only in the Gonzaga program, but across the NCAA.” Ogden also wrote, “Besides the occasional lunch date between classes, finding time for each other, especially during the basketball season, is not an easy task.” Assistant coach, Brian Michaelson, commented, “He’s a mature enough kid that he could handle it. A lot of college kids I think you would worry about it, but Jesse’s got a pretty special level of commitment and maturity.” 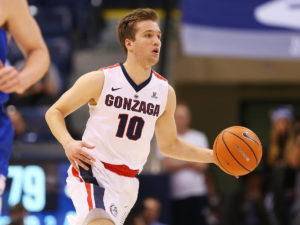 Jade did not have much knowledge or understanding about the game of basketball prior to their marriage, but Jesse has found ways to make sure she feels like she is a part of the Gonzaga family. Now, she is almost like the “team wife” and considers her husband’s teammates to be like her brothers.

The Wades might not be the first married couple in the Gonzaga University (GU) program in recent years, but they’re certainly the youngest. Jesse has three more active seasons at Gonzaga. The question that begs an answer is, “Will he add fatherhood to the juggling act?” Jade answers with an emphatic, “No!” She says, “His siblings want that. No, no, no, no, no. That’s not going to be for a few years, I assure you. We’re just living life together right now and just taking it easy.” Jesse said he wouldn’t mind joining that club of Gonzaga player dads – especially if it meant having a little one on the sidelines dressed in GU gear. He commented, “We’ll see. Right now, I can’t even imagine what that would be like. But it would be so cool. So, maybe.”

According to a 25 February 2018 Deseret News article, Jesse Wade, who was voted 2015 Utah Mr. Basketball, received a hero’s welcome at a BYU game in Provo, Utah, where the Gonzaga Bulldogs won 79-65.