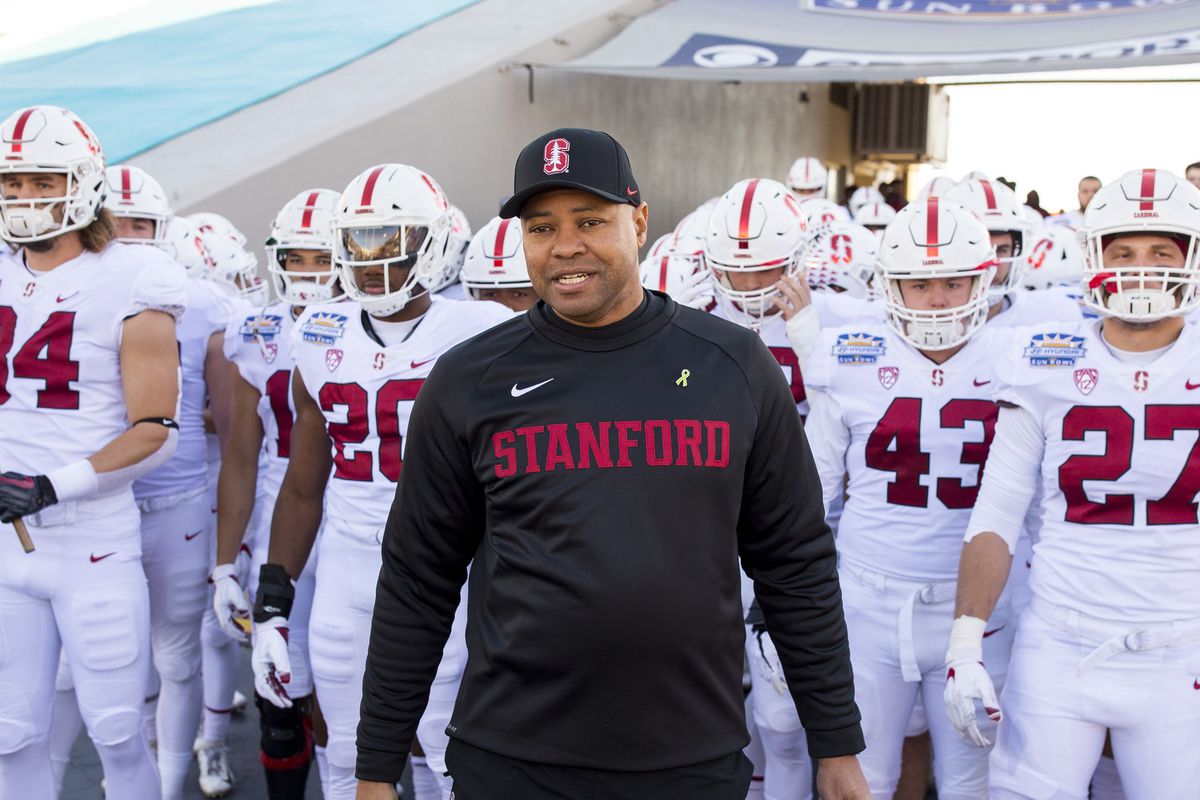 “Understand that it’s not your job to convert people. That is the role of the Holy Ghost. Your role is to share what is in your heart and live consistent with your beliefs.” Elder Dieter F. Uchtdorf | “Missionary Work: Sharing What Is in Your Heart” 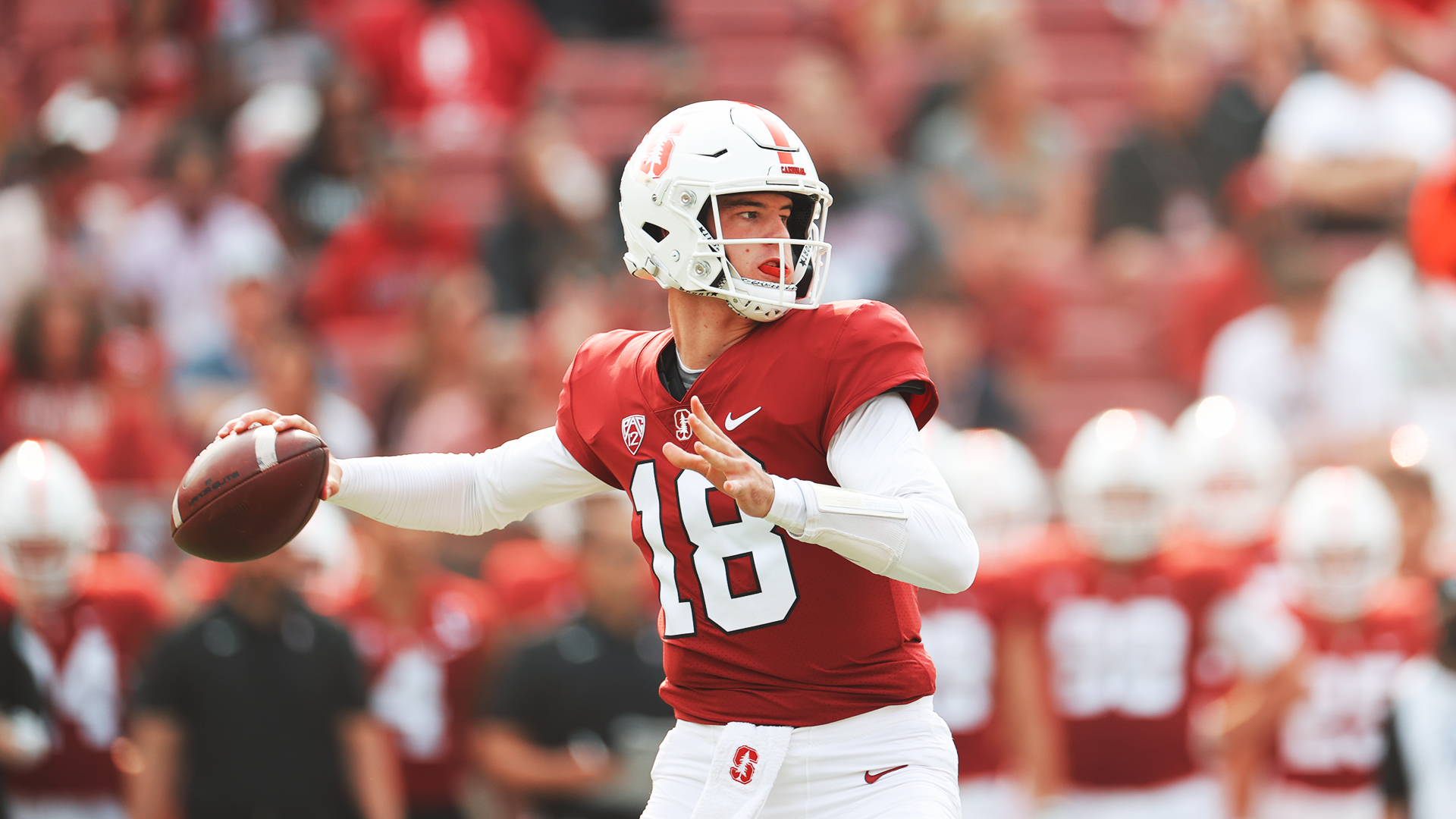 Missionaries for The Church of Jesus Christ of Latter-day Saints learn many valuable life lessons that become steppingstones on their life journey. In addition, they learn to pull from the card catalogue of their experiences to provide counsel to others whom they cross paths with along the way.

It is because of those life experiences that universities like Brigham Young University (BYU) and Utah State University embrace young men joining an athletic program after their two-year missions with the Church. Following their lead, coach David Shaw at Stanford University is committed to making it work there as well. He encourages players like Houston Heimuli, Tanner McKee, and four other Latter-day Saint players to share their stories and example to help teammates through a challenging time, or even a triumph.

Because the Latter-day Saint players are two years older than their freshman football counterparts, Shaw leaves it to them to speak up when the timing feels right. 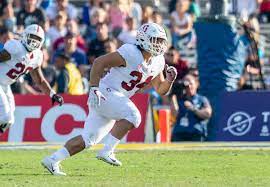 A perfect example of a key lesson learned and then shared is an experience that 18-year-old Houston Heimuli (#34) had while serving his mission in Indianapolis. Being away from his family for the first time, he became overwhelmed with homesickness and depression after about four months into his mission. It was the kind gesture of a stranger in his congregation that made all the difference and encouraged him to keep pressing onward.

A man handed Houston a glove that belonged to his father, Lakei Heimuli, from his time as a star fullback on the 1984 BYU national championship team. The glove was even autographed. He recalls that the man said, “I got this when I was a kid, I heard you’re here and I wanted to give this to you, I hope this helps you out, whatever you need, I’m here.” Houston said, “Actually, it made me cry a bit. That was a super moment and I still have it, the glove of my dad with his name on it from 1984.”

From that experience, Houston learned an important lesson that he now shares with his Stanford football teammates: “Don’t be afraid to lean on people.” 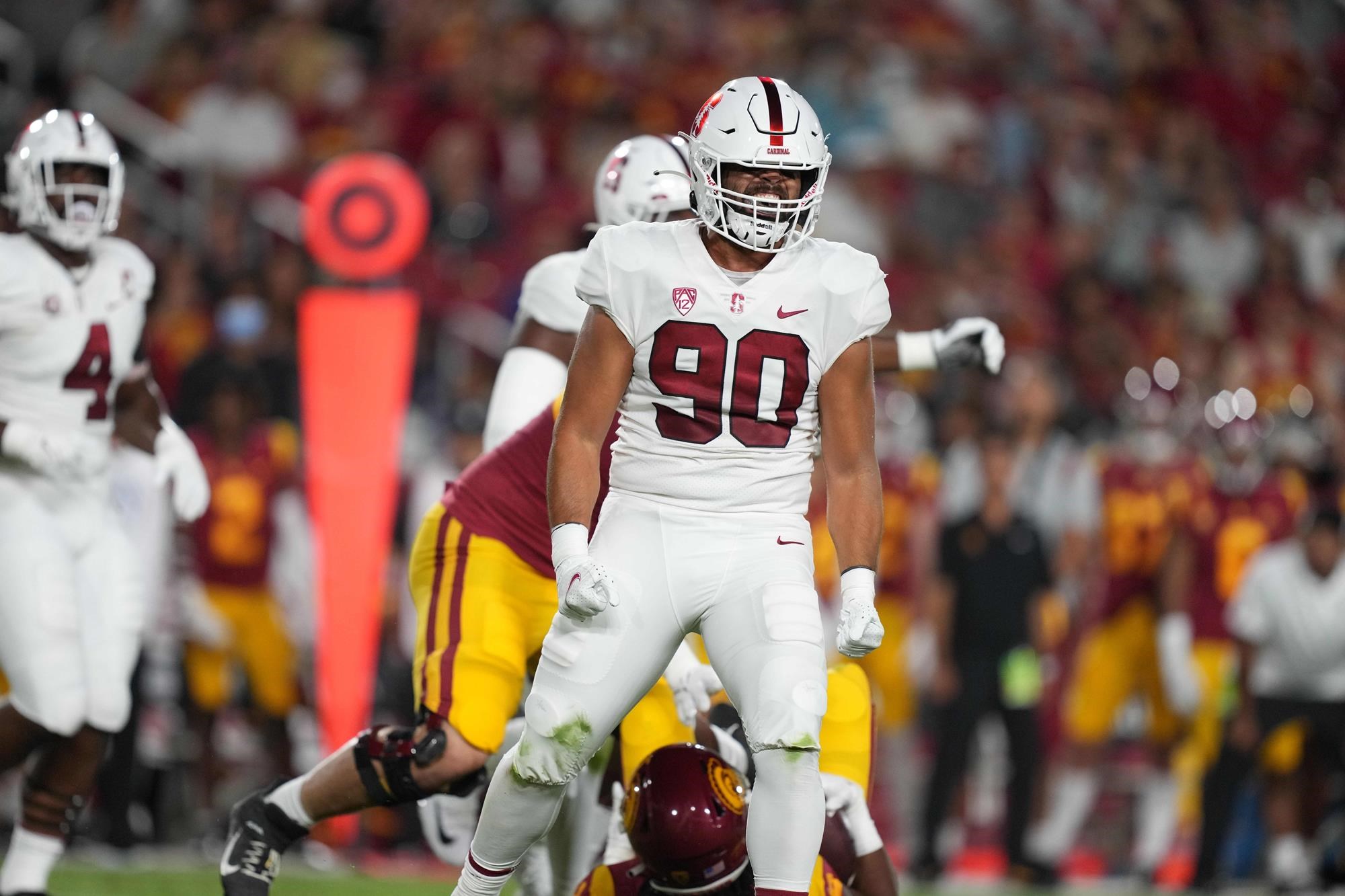 Coach Shaw commented, “I’ve had this conversation with all the guys that come back off these missions. I say, ‘You went out in the world, you experienced things, you grew, different than these young people that just came out of high school and came here. Don’t keep that a secret. Whatever you gleaned, whatever you learned, however you’ve grown, express that, so those guys can benefit from your experience.’”

As a young boy, sophomore quarterback, Tanner McKee, envisioned that one day he would be called to serve a mission in Brazil. When he received his mission call that is where he was assigned, serving 21 months in the Curitiba area of southern Brazil. 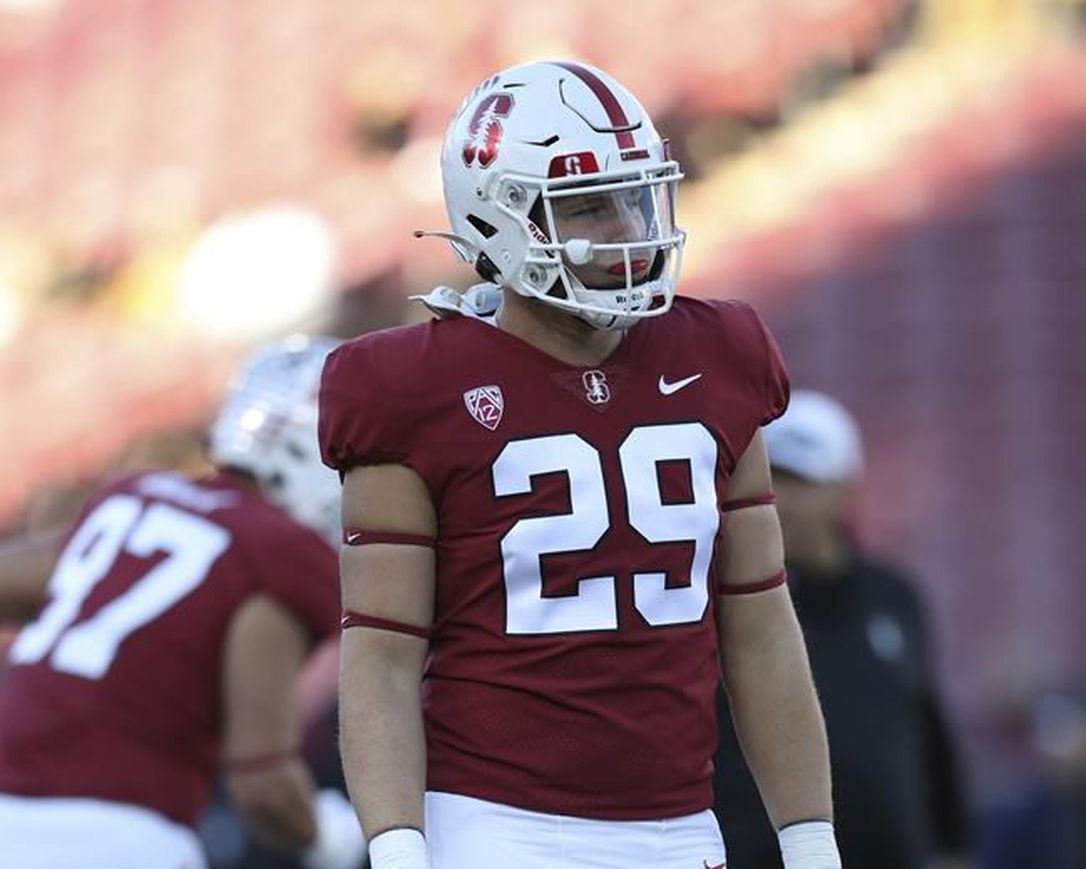 Houston Heimuli, who is a fifth-year senior, has also been there to support teammates who are going through difficult circumstances in their life such as grieving the loss of a loved one. He commented, “I wouldn’t say I was like an anchor, but I will say that for some guys on the team I try to give my voice and try to give them a little, not pep talk, but kind of a spiritual chat, like, ‘Hey, man, I know this is tough, here’s my experience with it. I know it’s not the same as yours, but just know someone’s there for you.There have been times when whatever shoulder you can lend goes a long way.” 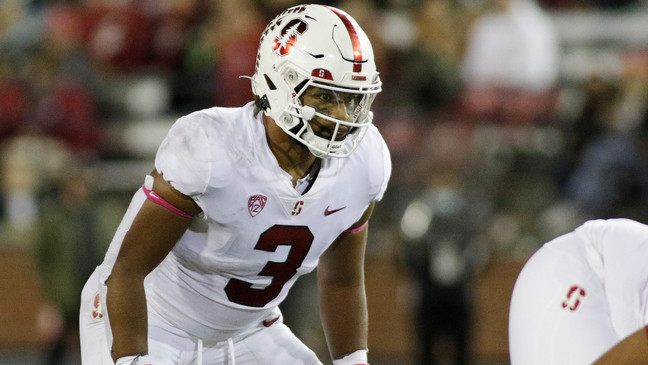 There are four other players on the Stanford’s team who served honorable two-year missions for the Church. Fifth year outside linebacker Gabe Reid served his mission in his father’s homeland of American Samoa and Western Samoa. Junior inside linebacker Levani Damuni (#3) lived in Auckland, New Zealand, and the Cook Islands. Tangaloa Kaufusi (#47), a senior outside linebacker from Salt Lake City, Utah, spent his mission in Taiwan, and fellow linebacker Spencer Jorgensen (#29) traveled to Thailand.

Gabe Reid who saw many families on his mission that had almost nothing, said, “In terms of what I took away from my mission and what I brought back with me to football and being at Stanford, the biggest thing was just appreciating the little things and the simple things.” Levani Damuni added, “I’m a much better version of myself than I would have been coming straight out of high school.”

Reid further commented, “Everyone’s very accepting and loving, and if anything, I think the fact that we’re different makes us stronger.”