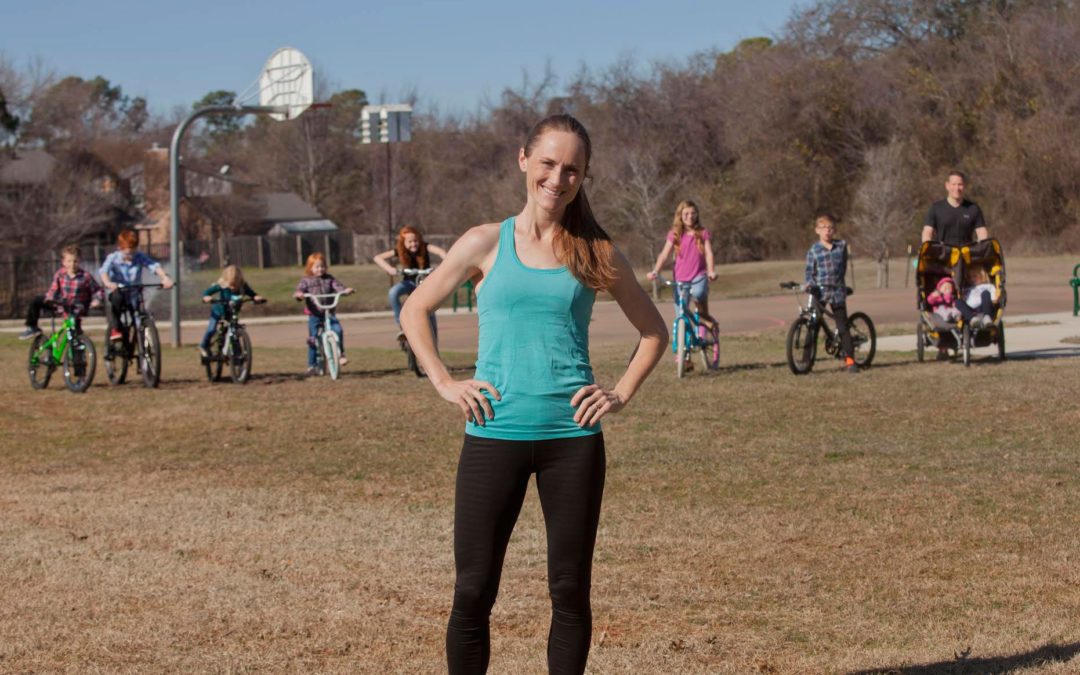 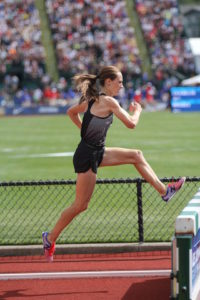 Rena Elmer, a member of The Church of Jesus Christ of Latter-day Saints (often referred to as “the Mormon Church”), is a 37-year-old mother of nine biological and stepkids. She is no stranger to trials of any type and standing at 5 feet, 4 inches and 117 pounds, LDS Living proclaims that she is “the picture of lean muscle and endurance.”

Elmer is a natural Olympic runner and so she is no stranger to the Olympic Trials. In both 2008 and 2012, she competed on the national stage in the 3000-meter steeplechase. She fell short of qualifying but did not allow that to deter her from trying again. After the birth of her fourth child, Kristen, in 2016, she did try again and qualified, placing 10th overall and beating her record by 12 seconds. She told LDS Living, “I always want to set a [personal record] after every kid.”

She will be running 26.22 miles in the Atlanta trials – her second marathon ever – and talks of it as if it is no big deal. She competed in her first marathon, the Indianapolis Monumental Marathon, in 2019, only 10 months after having her fifth child, Kimber. She finished at 2:40:21—five minutes faster than her goal, qualifying her for the Olympic Trials.

Elmer’s forte is the steeplechase. So, the question that begs an answer is why she has chosen not to compete in the steeplechase again. After all, it is the event that earned her third place in the 2005 NCAA Outdoor Championships and the reason she was named All-American distance runner for Brigham Young University. She says that the answer is quite simple, “The Trials are on a Sunday. I don’t run on Sunday.” And that is where the rubber meets the road. LDS living reports that Elmer “brings the same dedication to her faith as she does to [her] running. And for her, that is the key to her success.”

Elmer said, “I made a commitment to never run on Sunday. There was a time I ran on Sunday, but it just didn’t feel right. That’s when I made the commitment to not run on Sunday ever again. This feeling just came to me right then that said, ‘You will be blessed far beyond what you can imagine in your running if you keep the Sabbath day.’” She has remained true to her commitment and as a result, she has experienced many wonderful blessings in her life. She says, “I really feel like the Lord has blessed me—not just to run faster, but blessed me to have people in my life when I needed them.” 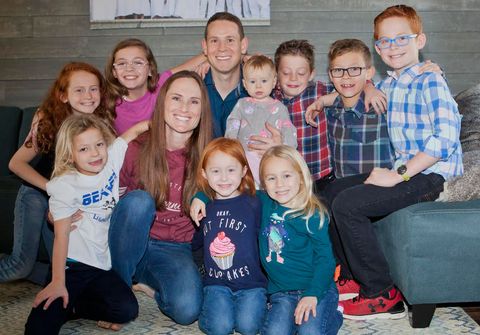 In 2015, Elmer experienced a dark time in her life when her marriage of 12 years ended in divorce, leaving her to raise four children on her own. She credits daily scripture study, her relationship with Jesus Christ, and running for getting her through those tough years. She says, “My first marriage was really challenging. We were all going through a lot of trauma during those years. I was able to persevere [by] having a relationship with the Savior. . . Through all [of] that, my running really was a gift. I would have been so depressed and distraught that my whole world just got flipped upside down. The running brought out a confidence in me and helped me to get through those challenges and to be a better person.”

She soon met a man named Will online and the two started a long-distance relationship between Utah and Texas. Will had four children himself from a previous marriage. She says, “He tricked me into thinking he was an athlete. He will run with me but doesn’t like the long stuff.” The couple was married on 2 March 2017. Soon the family grew from eight kids to nine kids ages 11 years old and under when Kimber was born in 2018. Elmer makes it perfectly clear that there are no “her kids” or “his kids” in their blended family – “just our kids.”

Following Kimber’s birth, there were some setbacks to Elmer’s running, including a two-month hiatus from training when she broke her big toe on the sidewalk outside her home. After recovering and wanting to pick up where she left off, she began wondering if she was being selfish with her running, especially with such a large family responsibility. She says, “So I started praying and asking Heavenly Father if I should do this. ‘Is this going to impact my family for [the] negative?’ The Spirit instantly told me, ‘This is your gift. Use it to build the kingdom of God.’” After that, all her thoughts about being greedy and selfish from the running were gone. 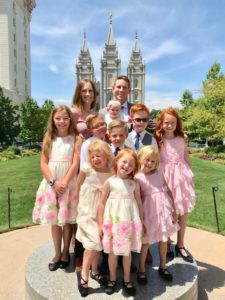 Elmer says after that experience, she witnessed miracles and tender mercies. Through her running, unique ministering experiences were made possible and she was able to give away multiple copies of the Book of Mormon. She attests, “Running is the gift God has given me. The Lord has worked through me in my running. This is where He wants me.” She continues, “Trying my best to be obedient through my whole life has allowed me to rise above on eagle’s wings. I stayed faithful and rose above those challenges and never doubted the Lord. It wasn’t about what is happening right now, but what this is going to lead to in the future. He gave me that perspective.”

Elmer has received numerous accolades and achievements in her running career but she admits that the highlight of her life was going to the Salt Lake Temple last summer with her husband, Will, and their children to be sealed as a family for all eternity. Family means everything to her. Her favorite quote by President David O. McKay is, “No success in life can compensate for failure in the home.”