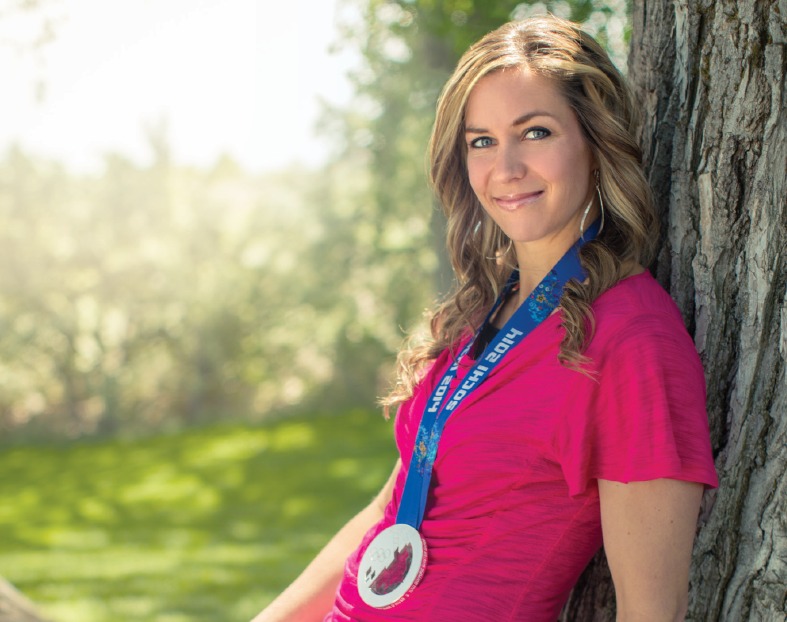 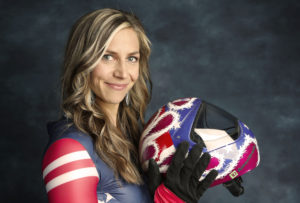 Many will remember Noelle Pikus-Pace as the Olympic silver medalist in the women’s skeleton at the 2014 Sochi Games. However, with the 2018 Winter Olympics starting in three weeks with Opening Ceremonies, Noelle will not be participating. She retired after the Sochi Games and is now content to be a stay-at-home mom of four children and says that she wouldn’t trade it for anything. She told KSL.com, “Family is everything, you know? It really is. It’s what makes the world go around for us. That’s what our world is centered around.”

Her former career afforded Noelle and her family the opportunity to travel the world. After realizing that she had won the silver medal after her last run in Sochi, she jumped into the crowd to be with her family. She said, “I can’t even explain the emotions that went through me. Immediately, the people, the volunteers in Russia were like, ‘You need to go this way to go get interviewed,’ and I’m like, ‘No, I need to be with these guys. I need to go up there.’” She and her family stuck together while in Sochi, and she credits having them there as the motivating factor to help her do her best. 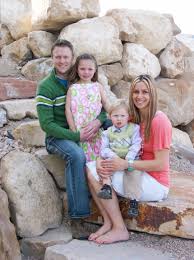 Since the Olympics, Noelle and her family sold their home in Eagle Mountain, Utah, and moved to Costa Rica. While there, her husband, Janson Pace, earned an MBA and the couple had twins. Janson told KSL.com, “It worked out really well for the kids. They learned Spanish and found friends from different countries from South America and Central America. And so, it was amazing. The whole thing was amazing.”

The family has recently moved back to Utah, where Noelle does some motivational speaking. With the Olympics starting in less than a month, she does admit that she misses the time on the ice. While the Olympics are taking place, Noelle plans to watch the Games on television and cheer for Team USA, then turn off the TV and spend quality time with her family, basking in the life that they have created together. All the while, she continues to look ahead, realizing that there are always great opportunities just around the corner.

KSL.com reports that Noelle Pikus-Pace will travel to South Korea just before Opening Ceremonies as a Team USA athlete ambassador, along with Utah speed skater Derek Parra. Their mission is to welcome the athletes and to also explain the importance of leaving a legacy and being a good sportsman.