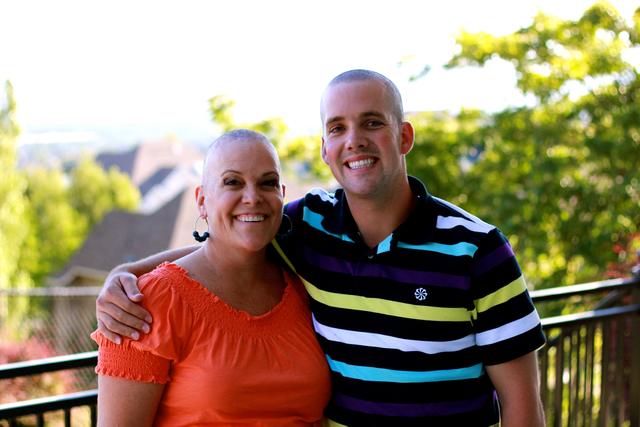 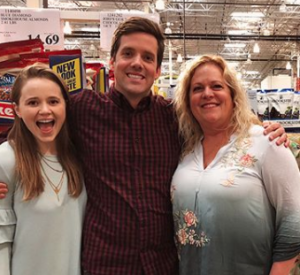 Jodie Jones, a member of The Church of Jesus Christ of Latter-day Saints (often mistakenly referred to as “the Mormon Church”), is a devoted wife and mother. In 2012, she was diagnosed with stage three breast cancer. Shortly after her diagnosis, she and her husband flew to Malaysia to pick up their son, Sterling, who was at the end of his two-year mission for the Church.

Not wanting to ruin the joy of her son returning home from his mission, Jodie decided to keep her cancer diagnosis a secret until after her son had given his homecoming talk. In her mind, this moment was not about her, but rather it was about focusing on others. After the homecoming celebration was over, she told her family about her medical condition and started cancer treatments, including a mastectomy, chemotherapy, radiation, and reconstruction. 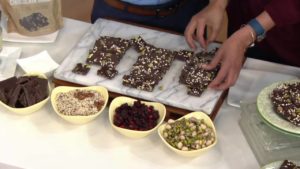 Always wanting to accentuate the positive, Jodie’s desire is for her life to be a sweet story. That is how Jojo’s Guilt Free Chocolate was born.

For months, during her cancer treatments, the only food that she could keep down was comfort food. She admits that her eating habits were “terrible to say the least.” In the midst of all this, she discovered some of the health benefits of dark chocolate. She learned that protein and other inclusions could be added to the chocolate and soon began making her own chocolate. She has never been a fan of dark chocolate, but now she prefers it over milk chocolate, stating that she can’t eat milk chocolate anymore.

Her goal in making the chocolate was to keep the sugar content as low as possible while maintaining a good taste when the protein was added. She started experimenting with different inclusions and finally settled on the pistachios, cranberries, and almonds now found in the chocolate. Word began to spread about her chocolate and soon family and friends alike were asking for chocolate.

Her Newly-Returned Missionary Son Conducts His Own Experiment 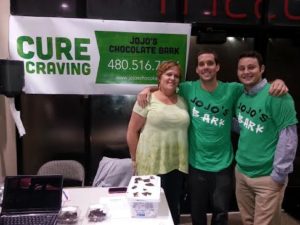 While Jodie was busy perfecting her chocolate, her newly-returned missionary son.was learning to take the words of the Savior to heart as he watched his mother battle cancer.

Stirling was no longer observing how the things that he taught and testified about while on his mission worked in the lives of others. He was now faced with his own real-life situation, having to put the gospel to the test in his own life.

Bitten by the Entrepreneurial Bug 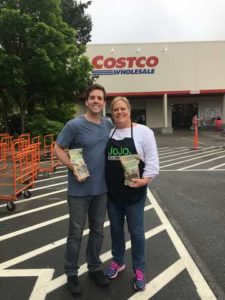 In June 2013, Stirling returned home to Arizona after a year at Brigham Young University (BYU). He took his first bite of his mother’s chocolate and told her, “Mom, this is not just healthy. This is delicious! You need to sell it!” Having taken an intro to an entrepreneurship class at BYU, he began thinking about how to put his idea into motion.

While his mom continued to make chocolate at home, Sterling went to work selling the chocolate at Crossfit competitions and outside yoga studios. Being reminded that his mission president had taught, “There are two kinds of people in the world, those who set goals and those who work for people who set goals,” he incorporated the same work ethic that he had while on his mission. He set goals and for two years after returning home, he even conducted reporting calls with a former mission companion, who was also starting a business. His mother also noted that Stirling never talked to her about the business on Sunday, stating, “The Sabbath was the Sabbath.”

Just like when he was a missionary, Sterling refused to let rejection stop him. He said, “When I set goals for Jojo’s, I pray and really try to seek out what He wants me to accomplish with this because I’m hoping to bless people’s lives.” Jodie commented, “Sterling won’t toot his own horn, but I will just say I have been amazed as I’ve watched him build and guide this company, always going to his Heavenly Father for guidance. Starting planning meetings with prayer, fasting for certain things to happen. . . I truly believe Heavenly Father is a part of everything in our life.”

She continued, “My prayer every day was to help me go through the treatments, help me to not have such terrible side effects. I don’t know how people go through it who don’t have a testimony of Heavenly Father and the Savior being there with you as your constant companion.”

Mother and Son in Business Together 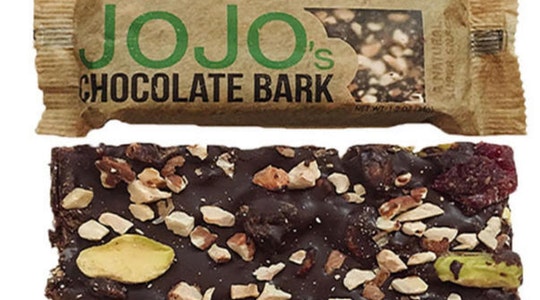 Jodie further explained that the mother-son duo has two different types of brains—Sterling is creative and ambitious while she is more linear-minded and organized. Sterling says that the opportunity to work with his mom is advantageous for multiple reasons. He commented, “I’ve been a mama’s boy since day one so working with my mom has been pretty awesome. I haven’t told anybody, and no one’s figured out the reason I started a company with my mom was so that when I got married I could still call her at night and have an excuse. Laughing, he says that he tells his wife, “I’m just talking business.”

Jodie says that the first piece of advice that she gives to anyone wanting to start a business is “make sure you get along with your partner and trust them. Make sure you’re both open to each other’s comments and ideas.” Stirling has a little bit of different advice. He says, “The world would say ‘follow your gut,’ which to me is ‘Follow the Spirit,’ but I just feel like if you feel and believe in something and it’s pulling you that way, it’s not as risky as people think that it is. If you’re smart about it, you really believe in it and you understand how much hard work it’s going to take, you’ll push through.”

The Bitter Mixed with the Sweet

Three months ago Jodie’s family found out that she has been diagnosed with cancer for a second time. Nevertheless, in spite of the circumstances, she is determined to maintain a positive attitude. Stirling commented, “My mom is an example of optimism through everything, especially in this ultimate test of finding out you have cancer.” Jodie said, “Unfortunately, it has come back but I am fighting it. What it’s come back as is metastatic breast cancer, and it’s in my bones.” Stirling added, “Obviously, the second time around is a lot scarier and a lot harder. However, even in the last three months, we’ve seen amazing miracles. We know it’s still a long journey and it’s still a long fight.” This time around they have the added prayers of Jojo’s customers.