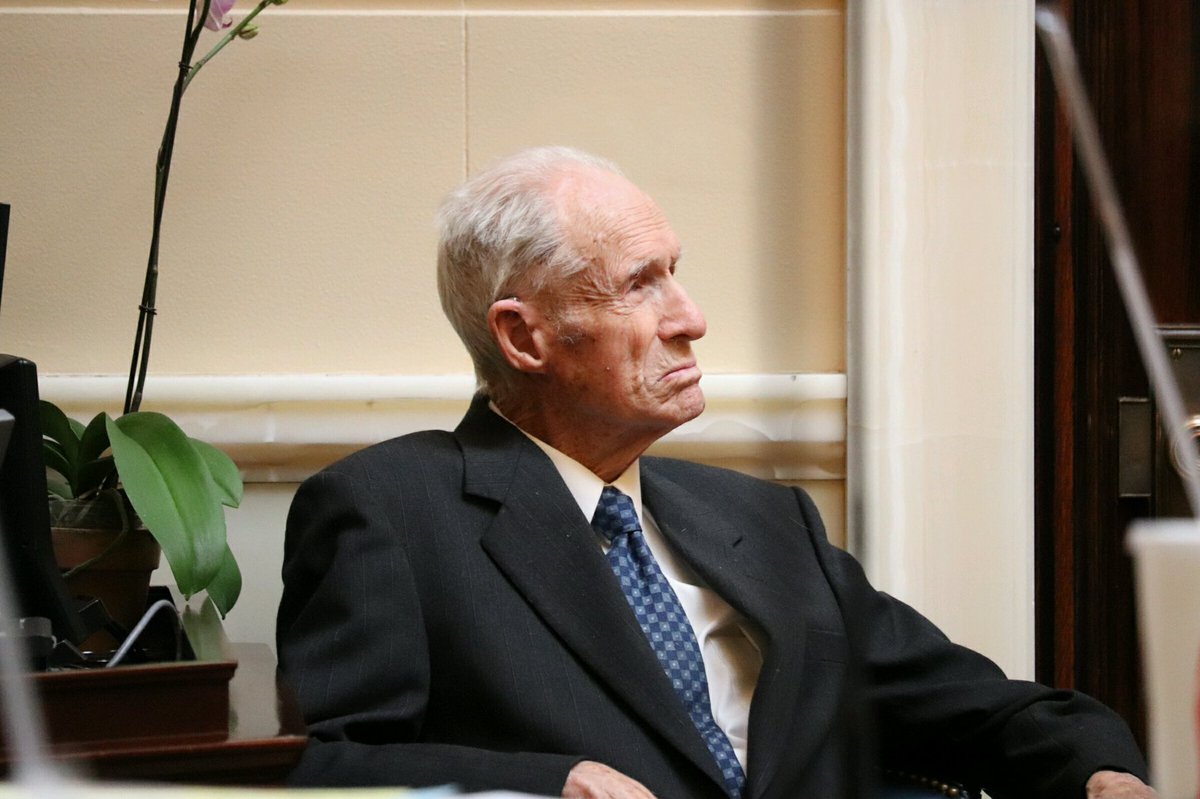 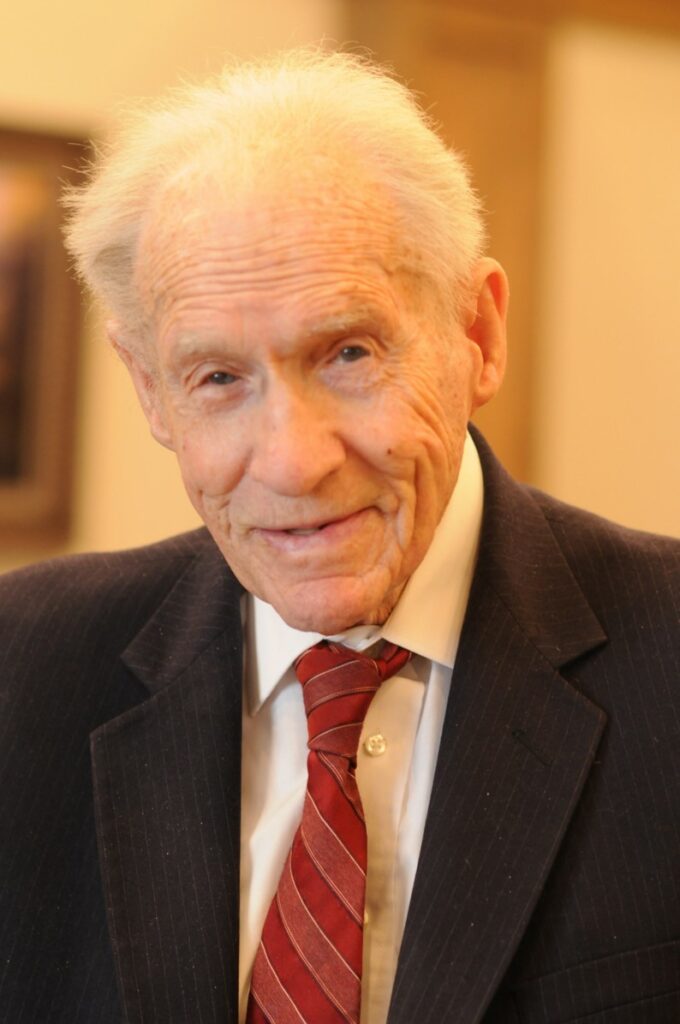 Dr. Lloyd R. Hicken, a member of The Church of Jesus Christ of latter-day Saints (often referred to as “the Mormon Church”), is a 102-year-old retired physician. He is a resident at Whisper Cove Assisted Living Center in Kaysville, Utah. When he is able, he attends worship services at the Val Verda 1st Ward in Bountiful, Utah.

Lloyd not only has a clear understanding of the word “mission,” but he himself is an exemplary example of what it means to be a missionary. He has spent much of his life doing missions in areas of key need. He served a mission for the Church in Brazil, flew 27 missions in the Pacific Theater as a B-24 bomber pilot in World War II, and returned to Brazil as a mission president. He also filled approximately 3,000 mini-missions as an obstetrician. His physician years are recalled in a recent Deseret News article “Pioneering doctor going strong at 101.”

Lloyd, who turned 102 on 1 April 2020, says that he never expected to live this long. Deseret News proclaims that he is “clearly a live-for-the-present, roll-with-the-flow, don’t-sweat-the-small-stuff-and-it’s-all-small-stuff kind of person,” which is perhaps a testament of how he has lived to become a centenarian and beyond.

He reckons that there have been at least 13 times in his 102 years that he could have, probably should have perished. Beginning with when he came into the world at 5 1/2 months, or barely half the normal gestation period. It was not until later in life as a family doctor/OB-GYN who delivered more than 3,000 babies that he began to fully appreciate the odds that he had to overcome to see his first birthday, let alone his 102nd.

Then there were the duodenal ulcers that almost killed him – twice. There was also the surgery that cut out half of his stomach and the severe tracheitis he experienced at 97. And, not to be forgotten, are all the close calls when then-Lt. Hicken flew 27 missions as a B-24 bomber pilot in the Pacific during World War II. 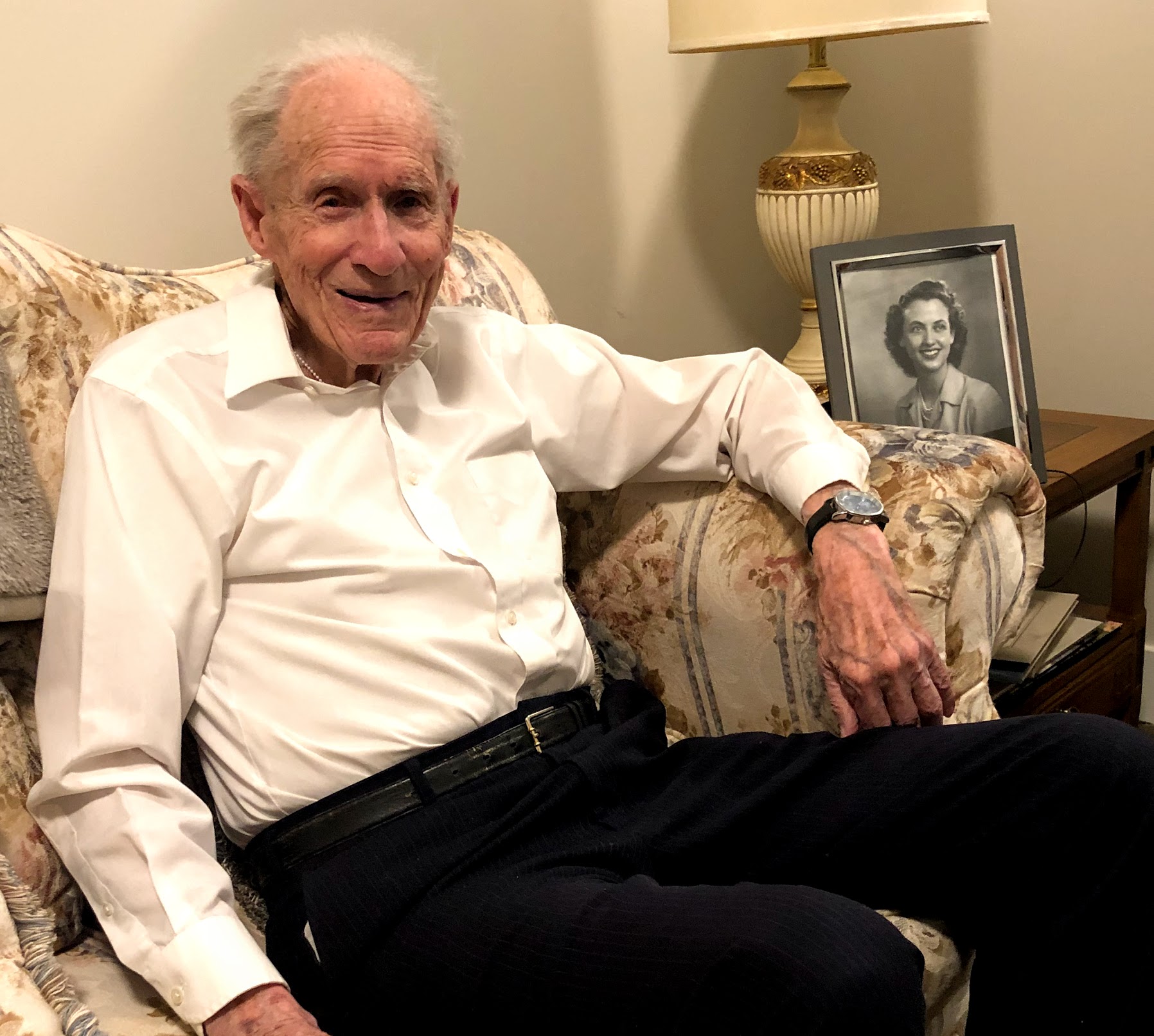 He even dodged a bullet as a young missionary for the Church. Before heading off to war in 1939, he was called to serve a mission in Europe, with headquarters in Brussels, Belgium. Just days before shipping out, when the Nazis invaded Belgium, he was reassigned to Brazil. That was the start of Lloyd’s first mission.

He and fellow missionary James E. Faust, who later served in the First Presidency of the Church, traveled for 21 arduous days aboard a commercial, passenger-taking ship in route to Brazil. These pioneer missionaries — along with Elder William Grant Bangerter, Elder Faust’s first companion and later a General Authority Seventy — served in the city of Curitiba, state of Paraná.

After 24 months of laborious proselytizing among Portuguese-speaking Brazilians, Elder Hicken was transferred to be a branch president in Joinville, an enclave of Germans, one of the cities in Brazil first visited by missionaries more than a decade earlier. He arrived in Joinville on Monday, 8 December 1941.

Japan had bombed Pearl Harbor, Hawaii on Sunday, 7 December 1941, and the United States had declared war on Germany and Japan. Germans in the city considered Elder Hicken to be a new American spy. The Joinville Polícia de Segurança Pública (Portuguese-speaking police) were convinced that he was a German spy. The police ransacked his room and threw his belongings on the floor. They studied his mail and one letter from a missionary friend proved to be bothersome because they were certain that it contained some sort of code. The missionary friend had written, “By now you have them laying in the aisles, and I don’t mean the British Isles or the Dutch Isles.” Lloyd said that it was difficult to explain to the police that it was a pun.

After thirty months of service, the missionaries who had come by ship, returned home by airplane. Other missionaries also left about the same time because of World War II. After that trip, Lloyd was certain that he wanted to become a pilot. He soon enlisted in the Air Force and began training to be a bomber pilot. 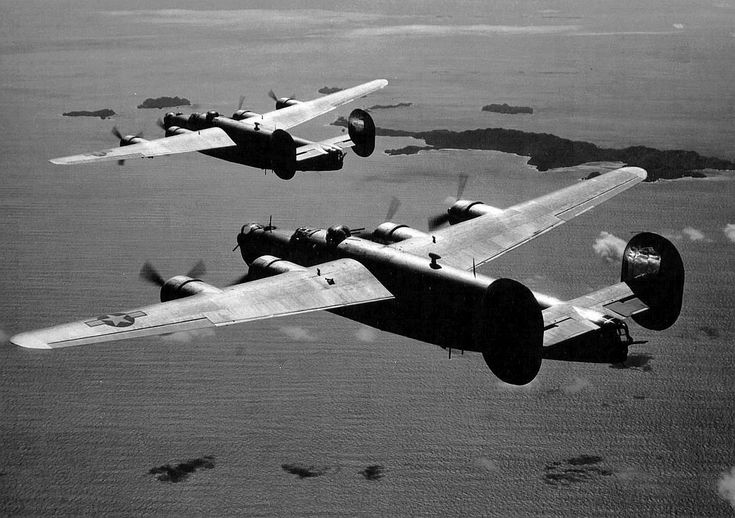 In 1943, after a quarter of college at Oklahoma State University, he trained at Coleman, Texas, under a civilian pilot who used profanity and occasionally threatened to whack a cadet over the head with the control stick. Lloyd said, “I was grateful when I got to fly solo and be rid of him. We were never treated that way again.” Air Force officers took over the training, and Lloyd said, “they treated us like gentlemen. It was a completely different ball game.”

After graduating from training, he was assigned to the B-24, a huge four-engine craft among 18,000 built during the war, which was the standard early heavy bomber in the Pacific theater. Then a lieutenant, Lloyd, and a crew of nine others were trained to go overseas.

In December 1944, he and his crew were assigned to the Pacific Theater for battle. They were ferried by cargo plane and stopped in Hawaii where a storm pinned them for two weeks during the Christmas season. Lloyd recalls, “It was a pretty nice break for us. I went to the temple in Laie and visited the Church facilities.” On the way to northern Australia and Papua New Guinea, the cargo plane stopped at Kiribati’s Tarawa, a site of an intense battle a year earlier with heavy casualties – 6,400 Japanese and Allied lives were lost.

Allied forces soon took Leyte, Philippines, and his crew advanced to the next front even before facilities were built. They were stationed on a ridge above a beautiful valley.

Transferred from the Philippines to Okinawa, the Air Force flew all day and early evening. They were directed to hit the main island of Japan, first Hiroshima and Nagasaki. They reported, but at the last minute their targets were canceled; they were to hit Shanghai instead. A week later, they learned that a B-29 dropped an atomic bomb on Hiroshima. When Japan did not capitulate, Nagasaki was also hit by that same terrible force, effectively ending hostilities.

As the Allied forces prepared to occupy Japan, the Air Force decided to allow those who wanted to go home to be able to do so. Lloyd had been accepted into medical school and asked for a release. He said, “I was 27 years old, not married yet, and I thought I had reason to go home.” To return to the states, he and his crew were given B-24s. They flew to Guam, then Midway, then Hawaii, then home. 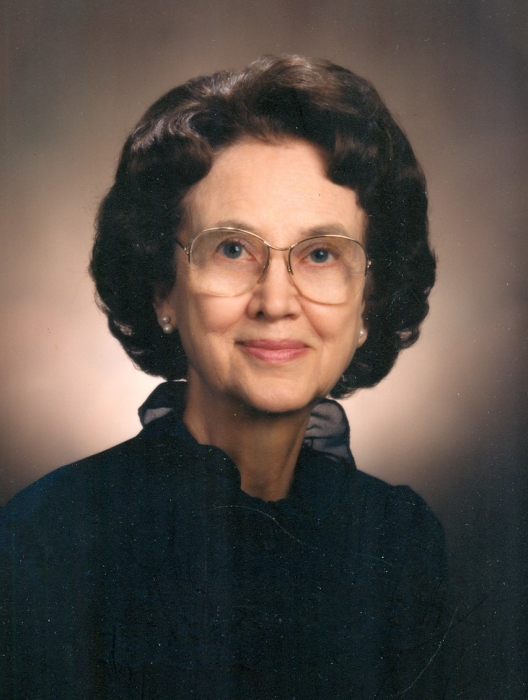 Upon returning to the states, Lloyd enrolled in medical school at the University of Utah. After graduating, he interned, following that with a residency under a country doctor and then adding a specialty of obstetrician. He faithfully served as a doctor in Bountiful, Utah, and surrounding communities for 40 years, fulfilling approximately 3,000 mini-missions of delivering babies, with probably more house calls than office calls.

Lloyd was married to his wife, Alice Richards Cannon Hicken (who died 15 May 2015 at the age of 94 after a prolonged illness), for 69 years. They were married on 29 March 1946, in the Salt Lake City Temple by her grandfather, George F. Richards. They were blessed with five wonderful children – Kathleen, Stephen, David, Robert, and Linda.

Lloyd retired from his medical practice at the age of 74. He credits his faith for sustaining him through thick and thin, and shaping his worldview to look at trials as an integral part of living. He said:

One of the big problems with people is they won’t look at life with a clear mind. If they do, they’ll see that troubles and trials are experiences that will do you good. Don’t become embittered by defeats — and you’ll have defeats — but anchor your life in your creator and accept all it has to offer. Get up every day and move on. Every cloud is followed by a day of brightness.