A Magical Disney Wedding Proposal to a Mormon Storyboard Artist 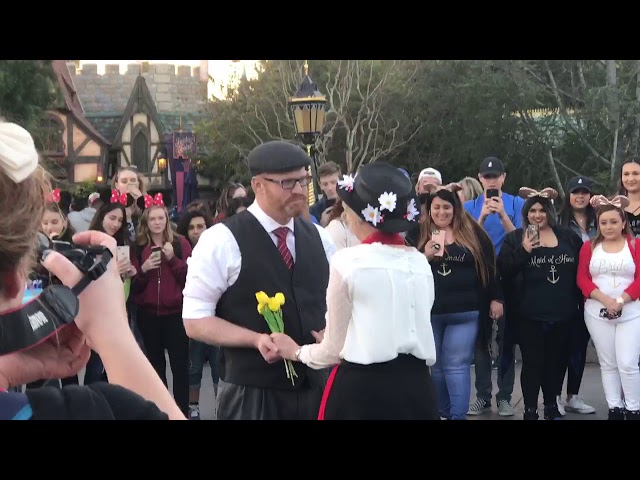 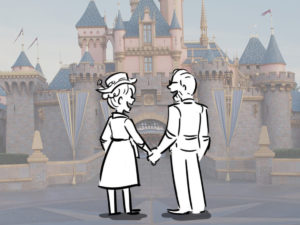 Supercalifragilisticexpialidocious – even though the sound of it is something quite atrocious – is perhaps the best word to describe Brent Wallwork’s marriage proposal to self-proclaimed Mary Poppins enthusiast, Heather Dixon. Knowing Heather’s deep love of Disney, Brent decided to propose to her at “the happiest place on earth. Heather later wrote a blog post to share the magical story.

Anticipating a fun day at Disneyland with her boyfriend Brent, with the two of them strolling through the park dressed as Mary Poppins and Bert, Heather never anticipated what she refers to in her blog post title as “A Practically Perfect Proposal.”

Brent had previously planned the perfect treasure hunt through the park. He handed Heather his phone, pressed play to start the video that he created for the occasion and left her to embark on a surprise adventure. One of the destinations was King Arthur’s Carousel where friends presented her with yellow tulips. At the Wishing Well, the video played well wishes from her family and friends. The journey ended in front of the Sleeping Beauty Castle.

Heather studied animation at Brigham Young University (BYU) and during that time she started a blog as a venue to share her artwork. She also worked for Disney as a storyboard artist and Deseret News reports that she has a list of credits including the story lead for “Moana,” the cinematic artist for the Marvel playsets, and writing for characters including Anna and Elsa from “Frozen.” She told Deseret News, “It took me a few years out of school to get my art skills good enough for Disney to consider me. I’d worked with several people who worked there, and when a storyboard position opened, they put in a good word for me. What really convinced them to hire me, though, was the goofy storyboards I drew on my blog.” 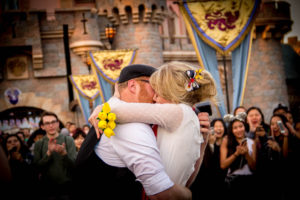 She also writes for HarperCollins and has two books, Entwined and Illusionarium. According to Deseret News, she now spends her time working as an animation director where she does the script, the story boards, the animatic and creates the style guide to send out to the artists and animators.

Heather’s faith plays an important role in her work, she said, “On a surface level, I’ve kept my stories and artwork very family appropriate. On a deeper level, however, I’ve found that the Atonement — the light of Christ, the principle of repentance and lifting others and becoming better — is in all the best stories. Those are the themes I strive to have in my work.”

Having made a promise to herself that she would not kiss another boy until he was her fiancé, the couple shared their first kiss after Brent proposed. Brent and Heather will be married in the Salt Lake Temple in Salt Lake City, Utah, on Saturday, 24 March 2018.

A Temple Wedding for Diesel Dave