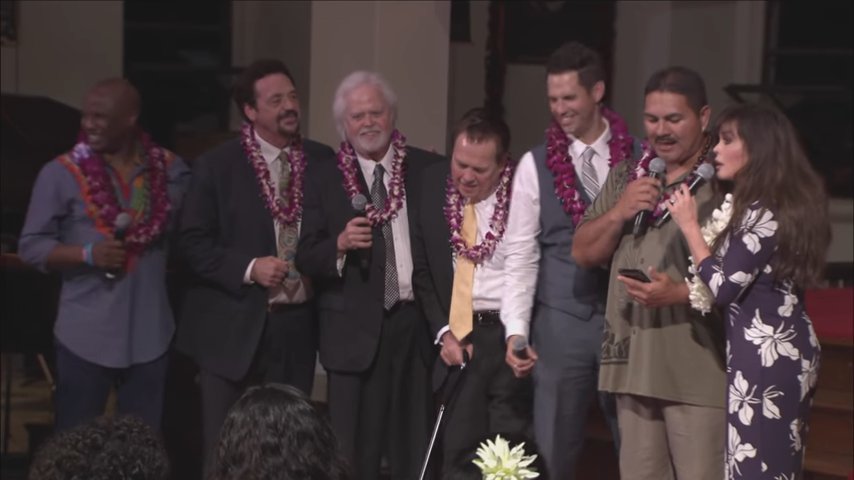 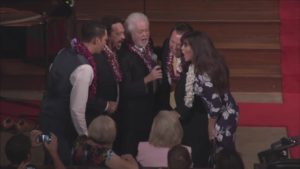 World renowned entertainer and recording artist, Marie Osmond, was the featured guest on 12 October 2018, at the historic Kawaiaha’o Church in Honolulu, Hawaii. She and several members of her family, including brothers Alan, Merrill, and Jay, and nephew, David Osmond, were invited to an interfaith devotional. The devotional was hosted by the Kawaiaha’o Church and the United Church of Christ and cosponsored by The Church of Jesus Christ of Latter-day Saints (often mistakenly referred to as the “Mormon Church”). The devotional was named “The Marie Osmond and Friends Unity Through Music Devotional.” Latter-day Saint recording artist, Alex Boyé, also joined the Osmonds at the event.

Pastor Kenneth Makuakane commented, “As the home pastor of this beautiful building, I’m just flabbergasted by how God moves, because this was never supposed to happen. We were so unprepared, and of course in our unpreparedness, we just had to go to our knees. And when we were on our knees was when God lifted this whole thing and said, ‘Follow me. I’ll show you the way.’ It was incredible.” 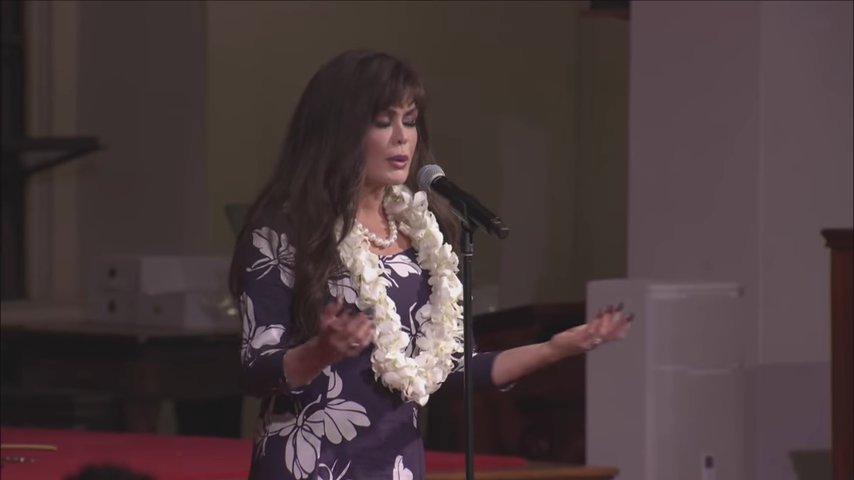 Marie’s parents, the late George Virl Osmond, Sr. and the late Olive Davis Osmond served as senior missionaries at the Church’s Laie Hawaii Temple Visitors’ Center in Laie in the 1980s. She explained that she had chosen to hold her birthday concert in Hawaii the following night because her parents loved Hawaii.

During the devotional, Marie remarked, “We are all Christians,” she said. “We are united in God and through our Savior Jesus Christ, and we are His children — His ‘ohana.” “Ohana” means “family” in Hawaiian. She continued, “I believe that standing together, strong, and showing the world the teachings of Jesus Christ are not only timely, more than ever, but are timeless. Tonight, I love that we are uniting together in this celebration of song, love and passion for our beloved God and our Savior, Jesus Christ.” 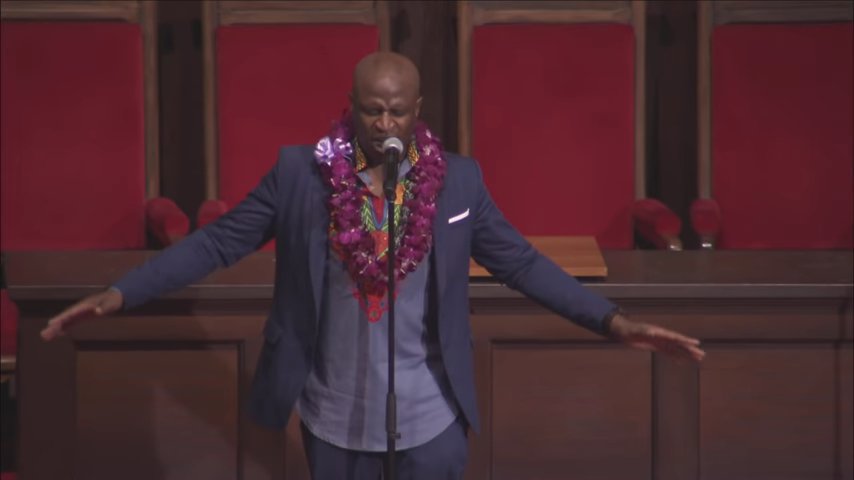 Alex Boyé whose music videos have garnered approximately a billion views on YouTube, favored the audience with an Africanized rendition of “How Great Thou Art.” He explained how his mother had always encouraged him to “put some of your African roots into your music.”

The interfaith event was free, however, those attending were encouraged to donate a can of food to the Kawaiaha’o Church food pantry program for those in need. Full-time missionaries from the Hawaii Honolulu Mission assisted with the donated provisions.