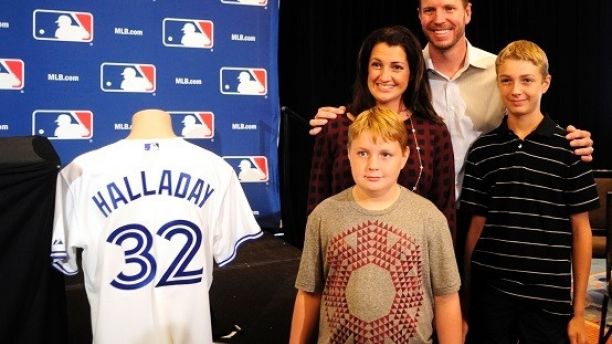 Retired MBL player Roy Halladay died in a plane crash November 7th while flying solo in his ICON A5. He was a pitcher for the Phillies and the Toronto Blue Jays. Later that same day, many of Halladay’s friends, fans, teammates, and neighbors posted tributes to the All-Star.

Thank you for joining us today in sharing memories and honoring the life of Roy Halladay.

RIP…Roy Halladay one of the greatest teammates I have had the privilege the play with. Our prayers are with his wife and 2 boys!🙏🏻🙏🏻🙏🏻

RIP Roy Doc Halladay, a true baseball great and a man with a generous heart.Our thoughts and prayers are with Roy and his family during this difficult time. We were blessed to have known him and consider him to be a member of our family. We are grateful for his love and support. pic.twitter.com/wMprVclFtC

Roy’s teammates and fans respected and admired him. “I can still remember the first day we met,” teammate Chase Utley wrote on Instagram. “It was 5:45 am on the first day of spring training … his clothes were soaking wet. I asked if it was raining when he got in. He laughed and said, ‘No, I just finished my workout.’ I knew right then — he was the real deal.”

Halladay’s dedication and love extended past just his team. He had a love of giving. Roy regularly donated to local charities and contributed to the community. He even bought a K9 for the local police department. He led a life of example, of honesty, commitment, perseverance, and humility.

He will be sorely missed by his wife, Brandy, and his two teenaged sons, Braden and Ryan. Brandy and Roy were both raised in LDS homes in Colorado but have been non-practicing Mormons for several years now. The family asks for respect and privacy in this time of grief.