LDS Tween Plays Song from Moana Backwards and Upside Down 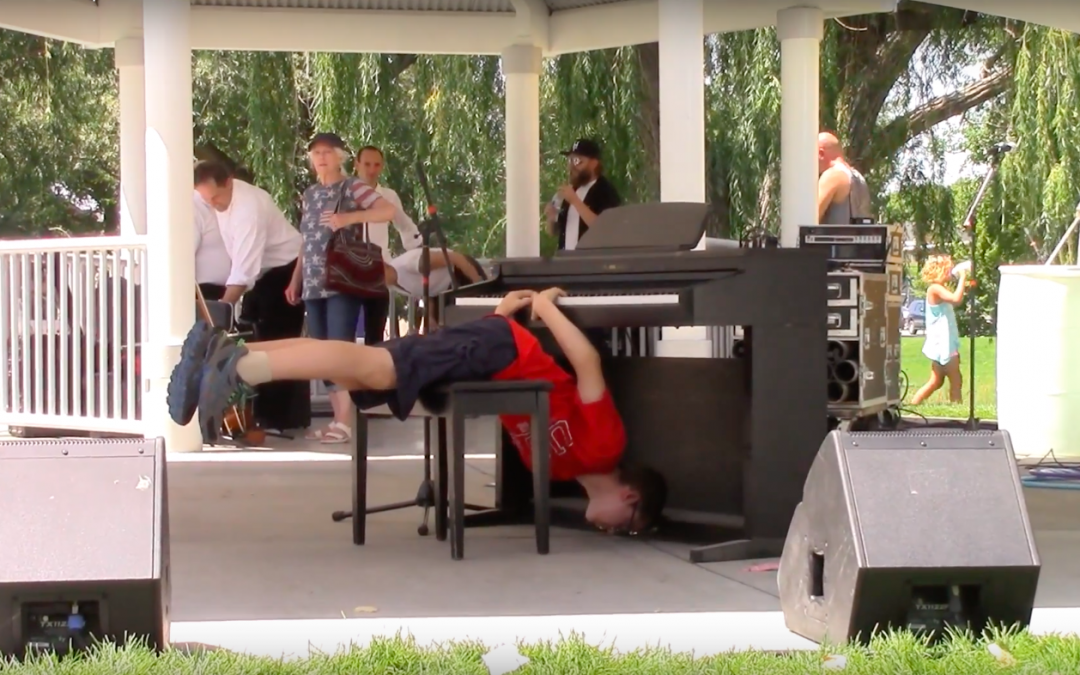 Caleb Spjute, a young piano prodigy and member of The Church of Jesus Christ of Latter-day Saints, decided to perform his own arrangement of “How Far I’ll Go” from Disney’s Moana for his 4th of July Concert. But instead of performing it sitting on the bench facing forward, he decided to hang over the bench with his head beneath the keyboard and play the song with his hands hitting the notes backwards. His glasses were practically falling off his face as he concentrated on playing. Despite his awkward and humorous position, he executed the song surprisingly well. After he performed it backwards and upside down, he did it right side up and it sounded even better. You can watch the video below.

At the same concert, Caleb also played his very own Patriotic Medley consisting of melodies from “My Country ‘Til of Thee,” “America the Beautiful,” and “The Star-Spangled Banner.” Caleb often plays for hospitals, choirs, and community events to practice his piano skills. He also posts piano videos every Sunday at 6 pm. The Sunday before Independence Day, he posted a video of a patriotic medley he arranged that was slightly different from the one he performed in the park. You can view it below. If you would like to join Caleb on “Sundays @ 6,” you can subscribe to this YouTube channel.

Caleb is extremely talented at playing the piano, having taught himself at a very young age. Because of his amazing talent, he was chosen to be a private student for one of the best piano teachers in Utah at the age of six.