The NFL’s Got Some Musical Talent 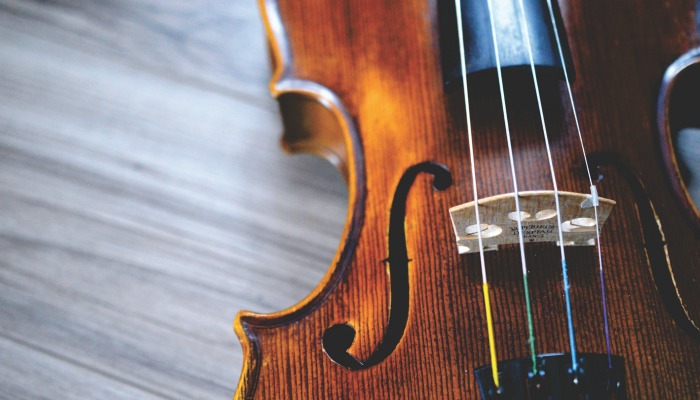 John Denney is a long snapper for the Miami Dolphins. Did you know he’s also a violinist?

He’s been playing the violin for over 30 years. Sports Illustrated reports that his mom told 5-year-old John that if he wanted to play sports, he had to learn a musical instrument, too. So that’s what he did. And even though the first few years were more out of obligation than pleasure, he doesn’t have any regrets and now uses his musical talent to play at dinner parties, in sacrament meetings, and even at weddings!

He posted a video on Twitter of himself performing a couple segments for a little competition hosted by the NFL called, “Most Valuable Performer.” (Get it? MVP?) Two of the songs were “How Great Thou Art” and “Nearer, My God, to Thee.”

Dolphins long snapper John Denney absolutely shreds on the violin. Does he have the best off-field talent in the NFL? Vote now! https://t.co/hTQg3X0qRI pic.twitter.com/PzWfYAMqQu

CBS and Sports Illustrated teamed up with the NFL Players Association to discover players with any musical or performance talent. For each of the first four weeks of December, eight players will be submitting a video of their specified talent, and fans can cast their vote for their favorite performances.

On January 25, 2018, at 9 pm ET/8 pm CT, there will be a live, one-hour special on CBS where top NFL performers will be flown into Hollywood to compete. Judges will participate as well as online viewers voting on CBS.com to determine who is the “Most Valuable Performer.” The winner will be revealed at the end of the show.

So there you have it. The voting is still open, so check it out and select a player!