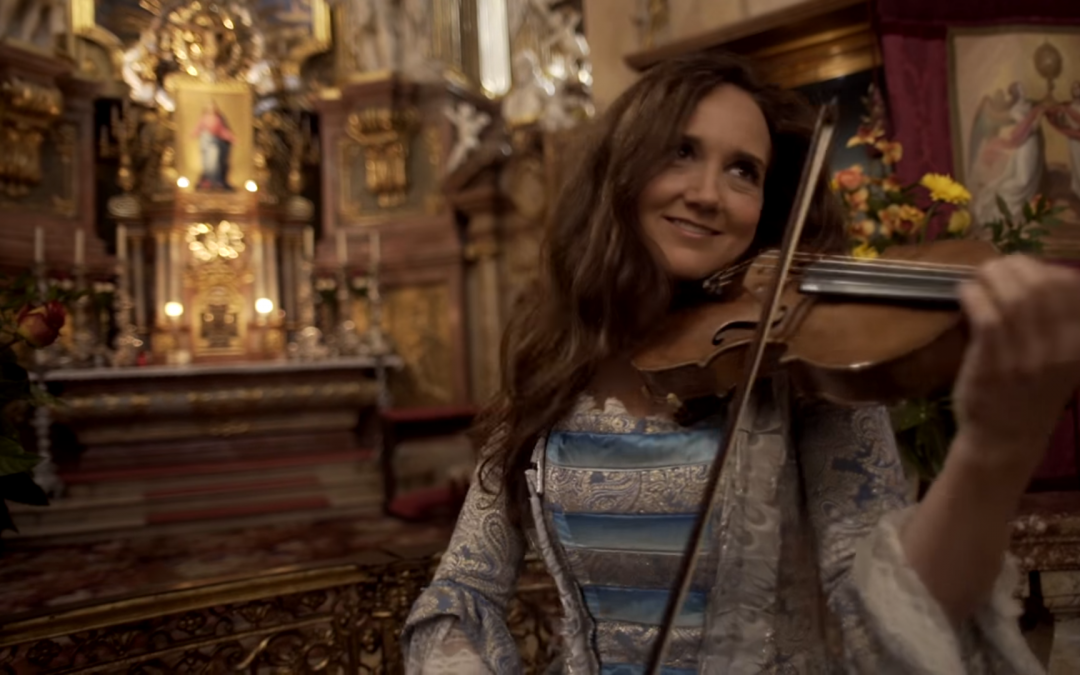 “Ode to Joy” was composed by Ludwig van Beethoven and is the final movement in his ninth symphony. The lyrics of the piece are actually from a poem written by the German poet Friedrich Schiller in 1785. Beethoven does not use all of Schiller’s text, and even reoders some of the sections. The musical tune of “Ode to Joy” has become famous worldwide and was adopted as the Anthem of Europe by the Council of Europe in 1972, and later by the European Union.

Beethoven’s final movement in his ninth symphony combines an orchestra, four solo voices an a choir.

In Baker’s performance of the classic piece, she travels around the beautiful city of Vienna decked out in a dress authentic to the period when “Ode to Joy” would have first been performed. Her masterful performance and never ending talent on the violin bring life to the familiar tune, and the scenery of the old city makes the video a delight to watch.

Baker’s rendition of “Ode to Joy” is from her CD, Awakening.