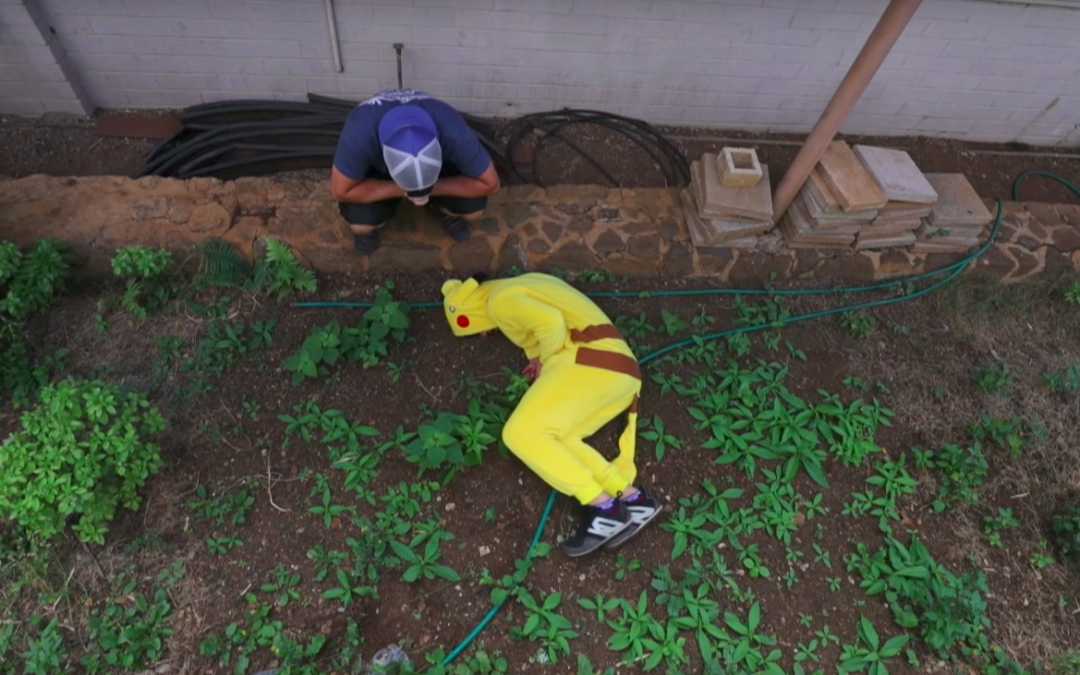 You may have heard of Devin Graham, creator of the famous DevinSuperTramp YouTube channel with over 4.5 million subscribers. In case you haven’t, here’s some background: he’s famous for filming extreme sports videos, and he is a member of The Church of Jesus Christ of Latter-Day Saints. His most viewed video is “Assassin’s Creed Meets Parkour in Real Life.” Throughout his seven years of filming, he has never caught a really bad parkour fail until his most recent video, “Pokémon Sun and Moon Meets PARKOUR in REAL LIFE!” Calen Chan, a parkour prodigy who dressed up as Pikachu for the film, took a hard fall when they were almost done filming. He got the wind violently knocked out of him and thought he might have broken his wrist.

That wasn’t the only time Calen got hurt. He rolled his ankle three times in one day of filming. They decided to stop shooting after the third time so that Calen could recover. He had problems with his ankle throughout the rest of the shooting, and he fell a lot. You have to remember that even parkour experts don’t get everything perfect in the first shot. They often make mistakes and have to do things over. Parkour is not as easy as they make it look on film … and it’s super dangerous. In their behind the scenes video, Devin and Calen shared this sage piece of advice:

The entire video was filmed in Hawaii. The humidity made surfaces slightly slippery, making it a little harder than usual to do parkour for Calen, who is not from there. At least they were able to get some cool aerial shots of Hawaii with their helicopter. Sadly, the Hawaiian humidity combined with Calen’s rolled ankle probably contributed to his fall. It was also really windy that day.

Since they needed to take Calen to the hospital to get his wrist checked out, Devin had to change the ending of the video so that Calen wouldn’t have to do any more parkour. After hastily filming the last scene, they took Calen to the hospital. Luckily, his wrist was not broken—just sprained. You can watch the whole ordeal in their behind the scenes video.

Matthew Jang from Hong Kong also did some sweet parkour in the video. It was his first time working with Devin. At one point, he lost his shoe—nothing too dramatic.

Well, it was pretty dramatic when they were all nearly caught by security guards. In their defense, there were no signs that said “no parkour.”

You can check out more videos of Calen Chan on his YouTube channel.