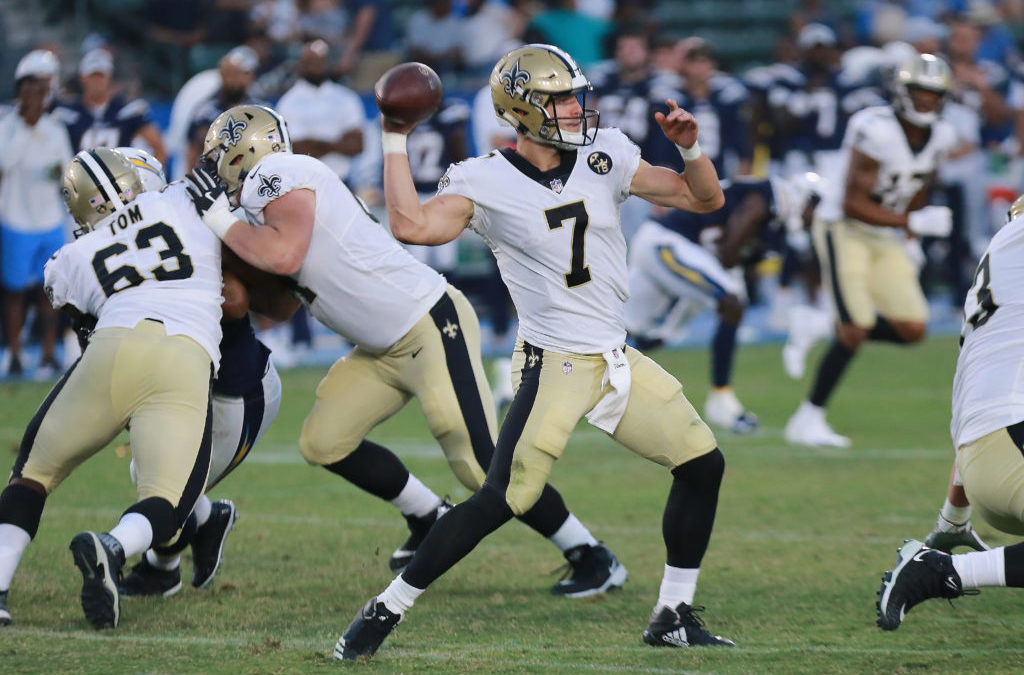 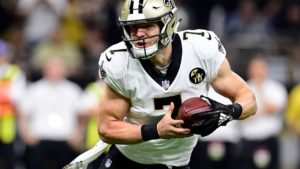 Taysom Hill sat down with Dick Harmon in an interview with the Deseret News. During the interview, he reflected on his time as an athlete, his time at BYU, and where he is now.

His NFL career started off with the Green Bay Packers. He said in the interview that when he signed with the team in 2017 it was such a change from college football and he gained a lot of insight working with professionals. “It was a learning experience not only from a mental standpoint and a physical standpoint but just a routine standpoint.” Taysom said that it has really taught him a lot and will continue with him even after his career in football, which he hopes will be a long time.

From the Packers, he was put on the special team for the New Orleans Saints where he said he found himself playing on the starting lineup on kickoff and punt return. After that, his roles increased. 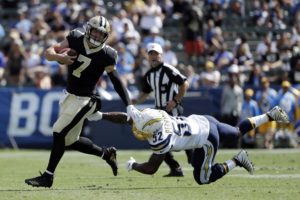 Dick Harmon asked Taysom about how it was to play as a rookie NFL player and what his goals were. Taysom responded and said that the NFL is a business. He also said that he still has two more years on his contract. He will be back for OTA (organized team activity) and training camp. In another interview with the advocate, Taysom said that he is really looking forward to another off-season where he can learn all the procedures and practices of the quarterback position. His goal is to play quarterback for the Saints.

Last year with an elbow injury, Taysom was unable to play. His first time back was on the special team. However, he felt that the season has been set up for him to fully recover.

Taysom also talked about his experience as an offensive coordinator to BYU’s Ty Detmer. “The season was a whirlwind because it happened so fast,” Taysom said. During his first year, the team was getting an offense installed. Everyone was trying to figure out how to work together and how the team would work together as well. He also told Dick that he liked Ty as a person and that he was a good guy, making the experience a positive one. 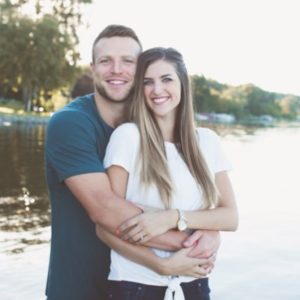 There are other football players in the NFL that are members of The Church of Jesus Christ of Latter-day Saints (often referred to as “the Mormon Church”). Dick Harmon asked Taysom how he lives the gospel and how being a member of the Church has affected his work. Taysom shared his unique experience, “I had many opportunities to explain what I believed in, whether it was with Green Bay or New Orleans. I was the butt of a lot of jokes, not about my faith, but about my age. My age is what it is because I chose to serve a mission, and … there was definitely a lot of conversations about that. Although there were a lot of jokes about it, I never felt like people were being disrespectful. I never felt that people were attacking me or my faith. I don’t know how much you know about Drew or Chase specifically, but both of those guys are faithful guys. They have a really strong faith and are Christians and read the Bible. It was really unique and a cool opportunity to be in the QB room with those guys.”

Taysom lives with his wife in Utah working with Pelion Venture Partners during the off-season.

Taysom Hill Dubbed “Most Exciting Quarterback of All Time” 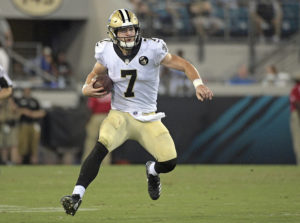 Deseret News reports that on Sunday, 18 August 2019 (Super Sunday), Taysom’s outstanding play as a third-string quarterback “helped the Saints rally out of a two-touchdown deficit to edge the Los Angeles Chargers 19-17 in preseason play.” He connected on 11 of 15 passes for two touchdowns for a total of 189 yards, sparking the comeback. 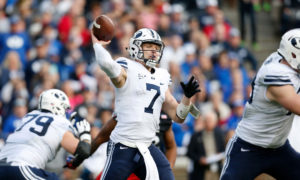 Taysom told reporters that he felt the pressure to make things happen with the Saints trailing 17-3 and starter Drew Brees sitting this one out. He said, “I felt like we needed some energy. And the thing I reiterated in the huddle was we’re going to have a chance to win this football game. I know it’s a preseason game, but this is what it’s all about, and if we came here to not win then we’re wrong. So that was the objective.” Chargers coach, Anthony Lynn, commented, “For three quarters I thought it was pretty complementary football. Then Taysom Hill took it over and they completely outplayed us.”

Last week after a joint practice with the Chargers, New Orleans Saints quarterback Drew Brees said, “Taysom is a quarterback who happens to be an incredible athlete, and therefore his strength and his skill set and his smarts and his toughness can be used in other areas as well. But I don’t think there is a lot of Taysom Hills out there.’”

Hall of Fame quarterback and a former BYU star, Steve Young, commented, “He’s relentless like few are. In college, he got hurt trying to do something that was just amazing. It’s really hard to tell somebody who’s an amazing athlete not to do something amazing. It’s super difficult.” Steve also commented that he likes Taysom being compared to him. He said, “I’ll own that comparison, I’ll own it 100%. I hope to be like Taysom Hill someday.”

Taysom Hill might be the most exciting backup QB of all time pic.twitter.com/8FFDFewSfK