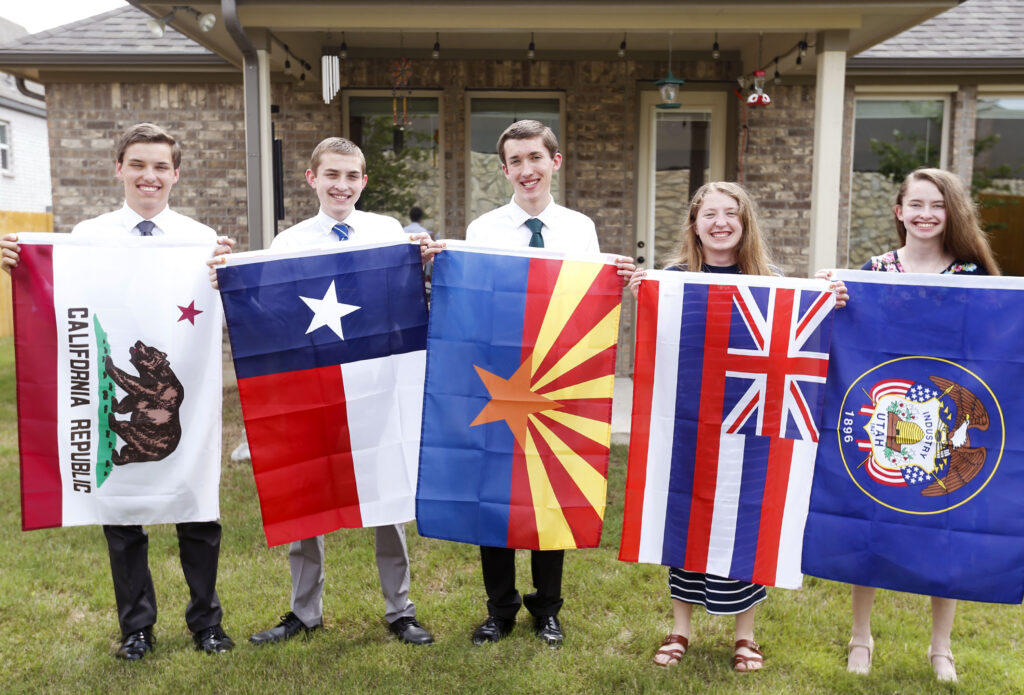 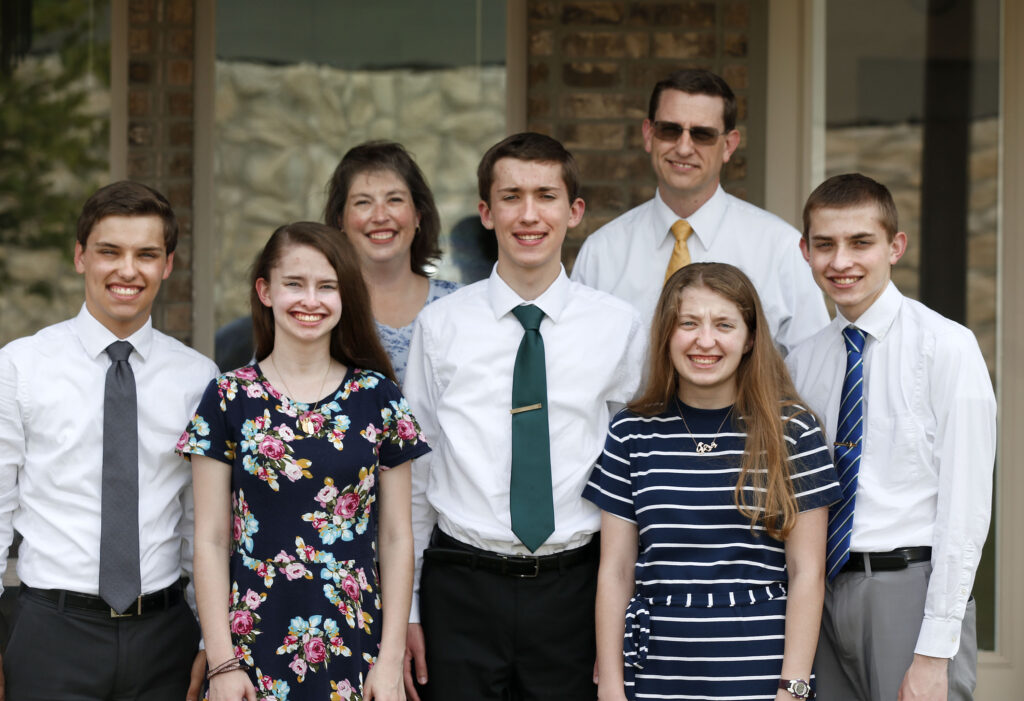 Nichole and Nathan Faylor from Kyle, Texas, are members of The Church of Jesus Christ of Latter-day Saints (often referred to as “the Mormon Church”). They have always wanted a large family. After enduring five miscarriages, they sought the help of a specialist who, with the aid of a low dose of fertility drugs, began monitoring Nichole.

Soon Nichole and Nathan’s hopes of becoming parents became a reality. They anxiously searched for a heartbeat at their first sonogram, but instead of one heartbeat, they counted five. Nichole told the Church News, “It took a couple of days to come to grips with what was happening. I kept looking at the sonogram, saying, ‘There are five — I am looking at five.’” 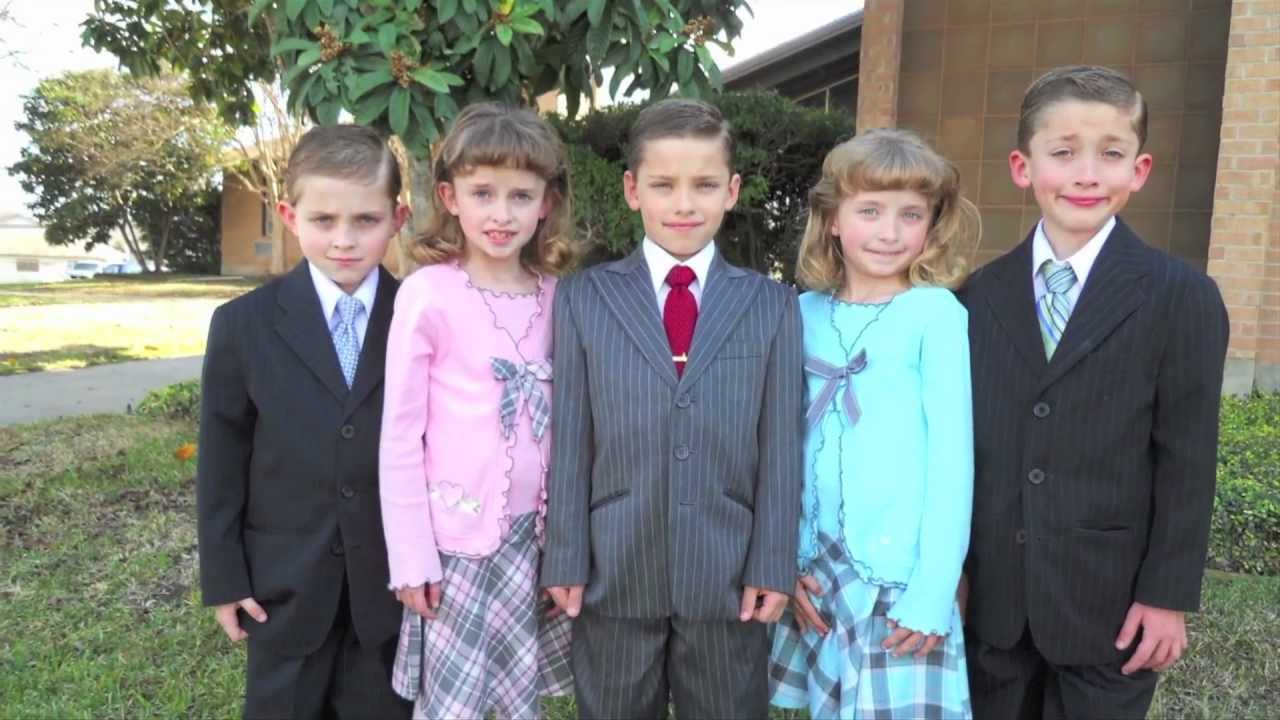 They shared the happy news with their family and their bishop in the Plum Creek Ward, Austin Texas Oak Hills Stake and went to the temple. At no time did the couple panic or stress. Instead, they calculated what it takes to care for one baby and multiplied it by five. They bought baby cribs at garage sales and purchased a minivan. Nathan (who works at Motorola) began doing all the housework while Nichole consumed 5,000 calories a day, ate every two hours and spent time at the public swimming pool to take the weight of five fetuses off her back. 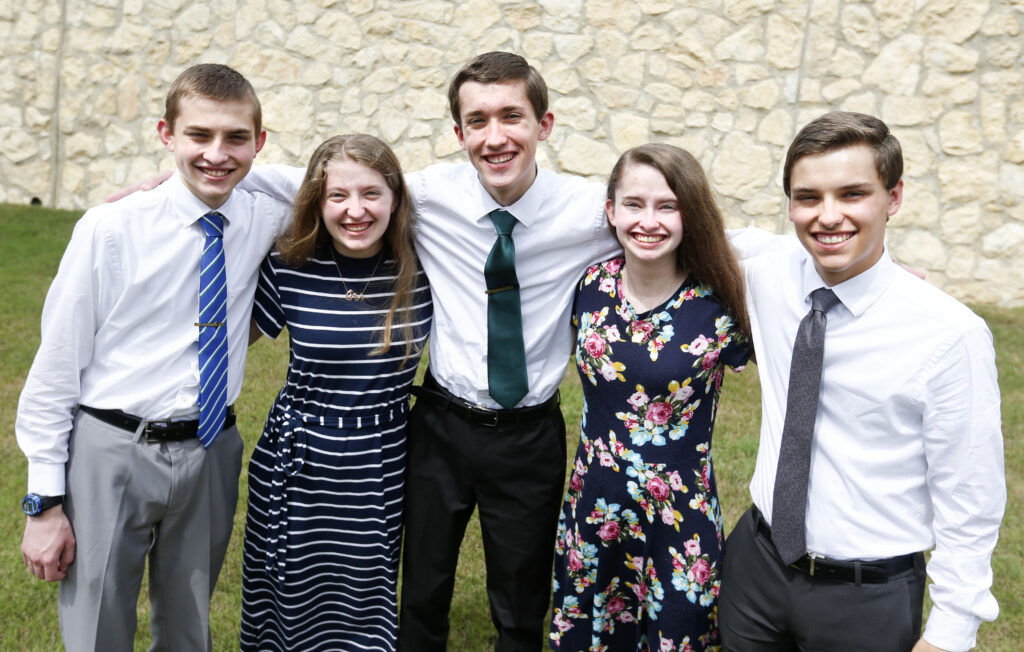 On 1 September 2002, Nichole and Nathan welcomed their quintuplets — Joshua, Jonathan, Joseph, Nataleigh, and Cathryn — to the world. Born at 32 weeks and weighing from 2 pounds-12 ounces to 4 pounds-5 ounces, the children stayed in the hospital for between four and six weeks. A local newspaper planned to follow the children for their first year and a television station came to tape “a day in the life of the Faylors.”

Fast forward to 2021. The Faylors are now members of the San Antonio Stake of The Church of Jesus Christ of Latter-day Saints. The quintuplets are now 18 years old and will all be leaving home soon to serve a full-time mission for the Church. After reaching many milestones in life together, they will now experience another big milestone in their lives, albeit concurrently but separately.

Nathan told the Church News, “The day they were born, we knew this day would come. It’s been a long time coming. We knew … there would be the point in time where in all likelihood they would leave as quickly as they came. But it’s real now, and it’s very real. We’re trying to figure out what life looks like now, but we’re just waiting. We couldn’t be more proud, and we’re happy for them and the things that they’re about to do.”

According to the Church’s Missionary Department, the Faylor family has the first set of quintuplets who will serve missions at the same time. Three sets of quadruplets have served missions concurrently, while 57 sets of triplets have served simultaneously. 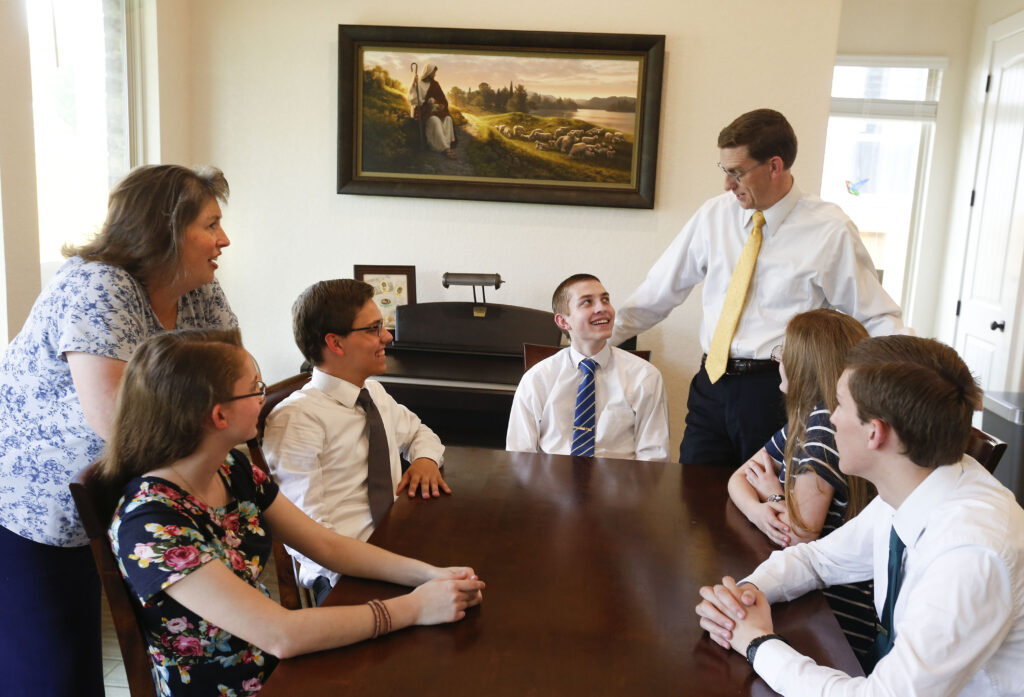 The two sisters, Nataleigh and Cathryn, are assigned to visitors’ centers. Nataleigh will begin online Missionary Training Center (MTC) training on 4 October 2021, for her service in the Laie Hawaii Temple Visitors’ Center, and Cathryn will begin online MTC training on 13 September 2021, for service in the St. George Temple Visitors’ Center.

The quintuplets graduated from high school this year. Because the three brothers decided to spend the summer working and preparing for their missionary service, the five of them were able to set the same availability date on their applications. They received their mission calls the same day.

Nichole told the Church News, “With their calls also came about 20 other pages as far as information about their mission presidents, a map of the mission area, and all the stuff they’ve got to do and know. Everyone has a file with all their papers in it so we can keep everything straight and get everybody ready to go.”

Nathan added, “When the calls came, the five chose to open them on their own. They all had a chance to open their calls and to think about it, ponder and process it on their own. We were not able to gather as a family until about midnight when we were able to get around the table and share together what those calls were.”

That was really special because there are five of us and we have done everything together. … The peace and the realization that you are going where you’re supposed to go was really important because we had talked about it: There will be five calls, and what happens if you go to the less cool place?
But just having that little moment to yourself and feeling that peace that came knowing that that was where you’re supposed to go, and then reading it as a family and everyone’s reactions and support and love toward one another about where they were going and the excitement, it was a really precious moment and was very uplifting.

Cathryn described being a quintuplet as having a “built-in group of best friends.” She said:

We’ve been really blessed to have such a great relationship with each other. I feel like life would be really hard if I had to put up with them all day, and we weren’t as tight as we are. It is kind of difficult sometimes … to have those personal experiences, because you have this posse of people always with you, so it can be difficult to have that sense of individuality. There have been times when it just feels like I’m just a quintuplet or not just me. But it’s been such a blessing.

Joseph said, “I think it’s going to be a rough couple of days. But now we’re going to get each other’s email, so we’re going to still be able to communicate, more or less, and still be strengthened by one another.”

Joshua added, “We’ll be in different areas, but we’ll still be struggling with that feeling of homesickness, or that feeling of being unsure as we’re just starting out. So, while they may not be right next to me … we can all bolster each other from wherever we are in the world.”

Jonathan, whose assignment is to serve as a service missionary while living at home, anticipates a loneliness that he previously has not felt. He said, “There may be times where I’m here by myself, and I may feel completely lonely, because that usually never happens. They’ll be away from home (while) I’m still here. But you still have faith that we’re where the Lord needs you to be, and this is the best way you can use your talents and your skills and your abilities.”