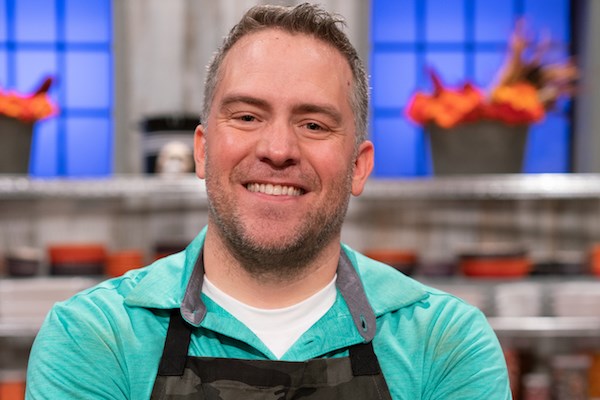 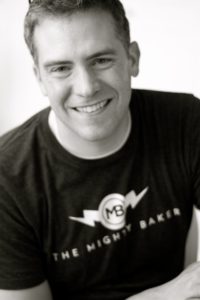 Latter-day Saint Peter Tidwell, known to local bakery enthusiasts as “The Mighty Baker,” is a two-time winner (once in 2016 and again in 2017) on Cake Wars, an American TV series on the Food Network. With that success to his credit, he is knowledgeable of a few things about baking competitions and creating confectionery masterpieces.

This year, Peter has decided to take his culinary creations to a whole different level. Instead of his usual edible genius, he has decided to design something creepy by competing on the fifth season of the Food Network’s Halloween Baking Championship, which is hosted by comedian John Henson. Throughout the Halloween season, he has astounded the judges with his delectable frightening and twisted desserts, including slime monsters, tomb cakes, skulls, zombies, and more. Peter said, “I love the competitions. The shows energize me, deciding which dessert to make, how I can combine different flavors together,” It reignites my passion for baking.” 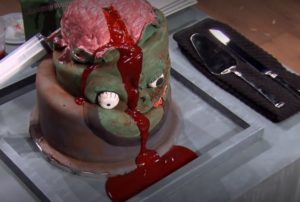 Peter’s culinary expertise landed in the show’s finale, where he was asked to create a zombie cake with a bleeding brain. LDS Living reports, “The lemon poppyseed blueberry cake received a priceless reaction from judges Carla Hall, Lorraine Pascale, and Zac Young when the blood started to flow.”Speaking about his creation, Peter wrote in a Facebook post, “I loved how it turned out. It was epic seeing the reactions of the judges as the blood was flowing down the face of my zombie cake. So fun!!”

Although Peter’s disgusting zombie was indeed impressive, Karl Fong won the title of Halloween baking champion and the $25,000 reward with his bleeding heart zombie cake made of devils food cake and blood orange curd. 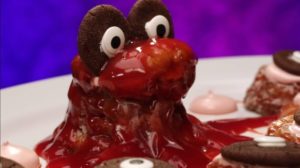 Peter’s multiple appearances on the Food Network have also given him opportunities to share his faith and beliefs. He told LDS Living, “It was very apparent to people, like within minutes of meeting me [that I am a Latter-day Saint]. I’m from Utah, have a young family, I don’t drink alcohol, I don’t drink coffee, and the questions come, ‘Well, are you a Mormon? And are you a member of the Church?’” Through sharing his way of life, he has been able to help people to better understand that Latter-day Saints are normal people like anybody else and that  “we are here to try and improve the world and help the world be a better place.”

Peter also has other exciting ventures happening in his life. Many Utah County dessert lovers remember The Mighty Baker bakery in downtown Provo, Utah, which he closed in October 2018 for a myriad of reasons. Since then, he has kept his hand in the baked goods business by offering and teaching cake decorating classes. 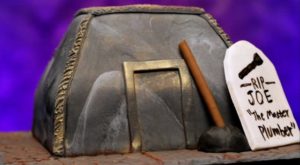 He is preparing to open a new shop called “The Mighty Baker Cake Creation Studio” before 15 November 2019. The new studio will be different from his original bakery. He said, “This concept will be the first in Utah. It will be a do-it-yourself cake and cupcake studio.” Herald Extra.com reports, “Customers will be able to choose either a 6-inch cake of various flavors or six cupcakes. Then, they can get a kit with buttercream frosting or fondant, sprinkles, tools and other materials for decorating and can sit down and create their own edible artworks. Step-by-step tutorials will be available for those who want specific designs.”

Formal cake decorating classes, from beginning to advanced levels, will be offered at the studio and held in the evenings. Baking classes will also be offered. And, cake decorating supplies will be available for purchase in the shop. He is excited about the new venture and said, “We want to provide a place to enjoy a creative, fun time. . . .I want to share something that has brought me so much joy.” The Mighty Baker Cake Creation Studio will be located at 4801 N. University Ave., Suite 450 in The Shops at Riverwoods in Provo, Utah.

Peter Tidwell also finds ways to deepen his own faith through baking.  He easily compares the gospel to a recipe for happiness and eternal life. He said, “The one thing that I really, really love about baking is that I love the process. Baking requires specific ingredients, steps, and procedures that combine to produce a beautiful outcome. I also love that about the gospel of Jesus Christ. If you follow the things that we have been directed, there are specific outcomes.” He continued, “Of course with a messed up recipe there is not much you can do other than add some frosting on it, but with the gospel, you can repair things.”

My bleeding zombie cake from last night!!! I loved how it turned out. It was epic seeing the reactions of the judges as…