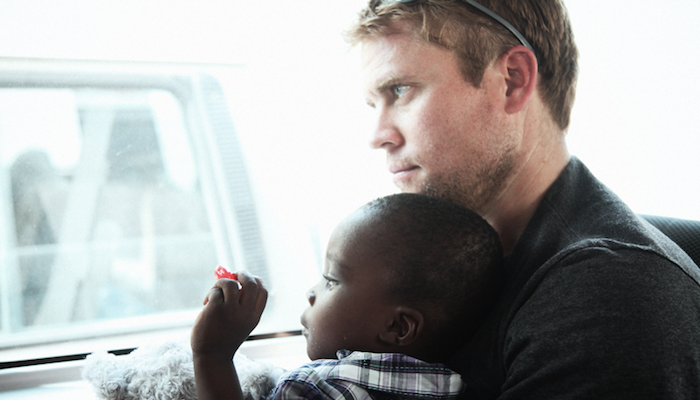 Tim Ballard, a member of The Church of Jesus Christ of Latter-day Saints, is a former CIA agent and the founder of the nonprofit organization Operation Underground Railroad (OUR) Rescue. He started the organization after some traumatic experiences he faced while working for the CIA. He was sent on missions to rescue children who had been kidnapped into sex slavery. Unfortunately, the US government could only do so much to help solve the problem; governmental organizations only have the legal power and resources to rescue their own citizens. Many times, Ballard had to leave behind children simply because they were not US citizens. It tore him apart. He felt the need to do more for children all over the world who were victims of this horrific problem, which is why he started OUR Rescue in December of 2013.

In an article by LDS Living, Tim Ballard explains that most people know very little about how serious and widespread human trafficking is: “We go about our lives thinking we have eradicated slavery, but it’s bigger than ever. There are more slaves today than all the slaves in 300 years of the transatlantic slave trade.” The article goes on to report that there are “at least 21 million victims of human trafficking in the world today, including 2 million children.” Ballard has made it his life’s mission to rescue these children. He feels that it’s something that God wants him to do. As a Mormon, Ballard believes that every person in the world is a child of God and therefore possesses divine worth and potential. Children are especially precious to Heavenly Father because they are still completely innocent. In the Book of Matthew, Jesus brought a little child over to sit by Him. He told his disciples, “Verily I say unto you, Except ye be converted, and become as little children, ye shall not enter into the kingdom of heaven. Whosoever therefore shall humble himself as this little child, the same is greatest in the kingdom of heaven. And whoso shall receive one such little child in my name receiveth me” (Matthew 18:2-5).

If you would like to learn more about Operation Underground Railroad or donate, visit OURrescue.org.