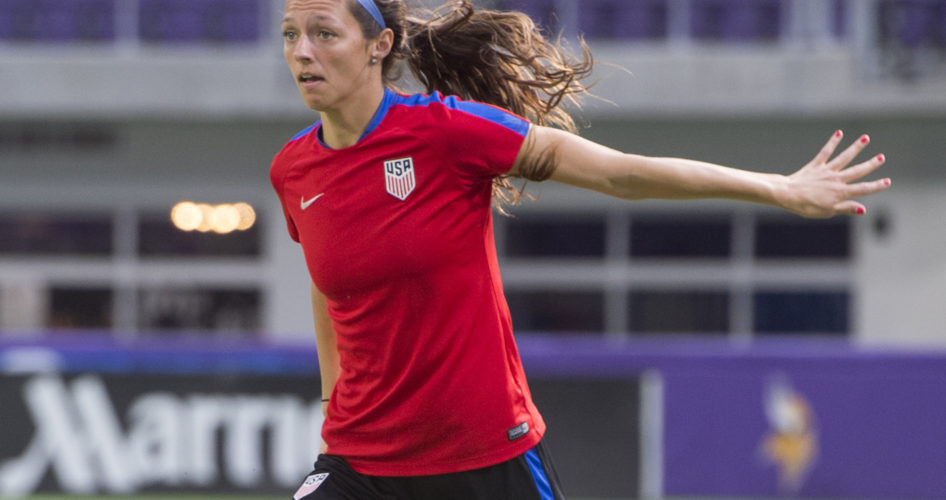 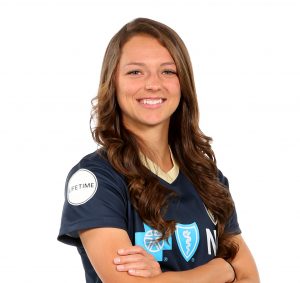 Last January, Ashley Hatch was the second player picked in the 2017 National Women’s Soccer League College Draft after playing as a start player for Brigham Young University for four years.

Hatch was understandably nervous about the massive change that would be taking place in her life. Although she’d still be playing soccer, that was about the one thing that was consistent. For the last four years she had been playing soccer with fellow members of The Church of Jesus Christ of Latter-day saints. Her teammates were not only friends, but they shared her standards and beliefs.

At BYU Hatch wasn’t far from her family in Gilbert, Arizona. Her parents were able to make frequent trips up to Utah in order to watch Hatch and her younger sister, Brianna, play. Now, however, Hatch would be moving across the country to play for the North Carolina Courage. She was a professional soccer player taking on world-class players now, not just a student-athlete playing against other schools.

Hatch didn’t just get onto the national team by chance. She’d spent her time on the BYU team as a star player, scoring 47 goals, 21 assists (a record) and earned All America honors. She trained hard, practiced harder and would wait for her opportunity. It was the same attitude she took with her into her rookie pro season.

In the beginning of her pro season Hatch was only put onto the field towards the end of the game. Her opportunity to prove herself as a scorer was slim, and she knew that those five minutes were the only ones she had to make a difference. So that’s what she did.

Hatch made her first goal on June 3 against FC Kansas City and put the ball right to the back of the net. She said the feeling of making her first pro goal was one she will never forget.

We're tearing up a bit after this one. #Proud

Just days later, while wearing the red, white and blue jersey against Sweden, Hatch scored her first international goal. She said she hopes that will be just the first of many for Team USA.

While Hatch misses her teammates from BYU, she said her new ones on Courage have been nothing but supportive of her and her beliefs, even nicknaming her their “Mormon goal-scorer.” She doesn’t get to see her family and siblings as much, but her local YSA ward has helped her settle in and have come to support her at games.

Hatch is still taking some online courses at BYU and will soon be officially finished with her degree. For now, though, she’s just enjoying going to work every day and the ride of being a professional soccer player.