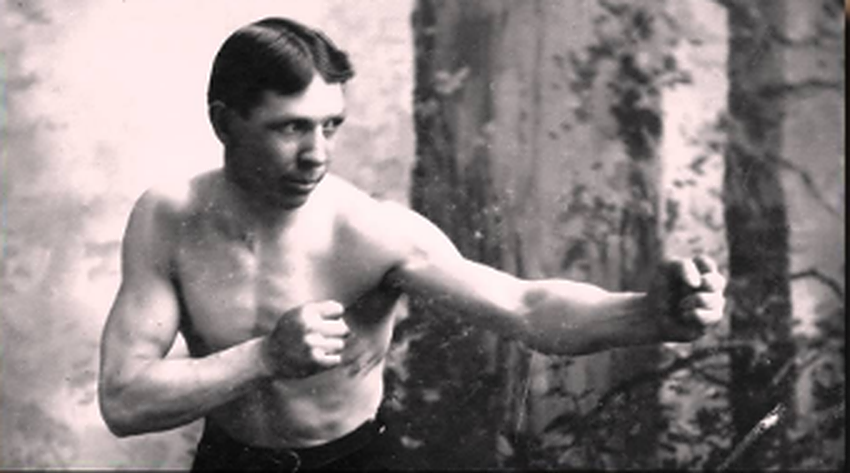 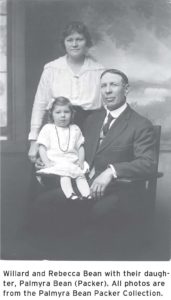 Many people are perhaps familiar with the story of Willard Bean especially if they have seen Director T.C. Christensen’s film, The Fighting Preacher. The backstory was written by Willard’s grandson Rand H. Packer in his book A Lion and a Lamb. Apart from that, most people, including Latter-day Saints, are unfamiliar with who Willard and Rebecca Bean were and the part they played in Church history even though many events surrounding their lives took place in Palmyra, New York. Also, it is interesting to point out that Willard and Rebecca Bean even had a daughter named — Palmyra. And, President Gordon B. Hinckley even said, “Over the years few men have won more friends for the cause of the Lord than Willard Bean.”

Willard Washington Bean was born to George Washington Bean and Elizabeth née Baum on 16 May 1868. He was the seventh of ten children. In 1875, when he was about seven years old, his family moved to Sevier County, Utah. They lived on the west side of the Sevier River, about three miles east of the village of Richfield, Utah. From 1894 to 1895 he studied at Brigham Young University. He later became a Physical Education Instructor at the University of Utah for two years. He also served as a member of both the Salt Lake City and Richfield police departments and edited the Richfield Reaper. 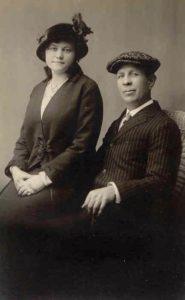 In 1907, Elder George Albert Smith purchased the farmhouse and surrounding land in Palmyra, New York, that was originally owned by Joseph Smith Sr. from a man named William Avery Chapman. In the spring of 1915, Willard and Rebecca Bean were called by then-President of The Church of Jesus Christ of Latter-day Saints, Joseph F. Smith, to serve as missionaries in Palmyra, New York. Willard had served four full-time missions for the Church before his call to go live on the newly acquired Joseph Smith, Sr. farm near Palmyra, New York.

The Bean family were the first Latter-day Saints to live in the town in eighty-four years. Their assignment was to farm the land, preach the gospel and make friends for the Church in an area known at the time for great prejudice against the Latter-day Saints. They were also to purchase the land that the Hill Cumorah sits on. From the moment they arrived, Willard, Rebecca, and two young children from Willard’s first marriage were met with opposition and hostility. Willard was immediately branded as a polygamist. According to an account on the official Church website, “Few if any would speak to them; clerks refused to wait on them in stores; people walking their dogs crossed to the other side of the street to avoid them. For two years they had to drive their horse and buggy to nearby towns just to buy groceries.”

Despite their humble efforts in trying to connect with the people, the Bean family continued to feel unwelcomed. One of Willard’s first efforts was to get a copy of the Book of Mormon onto a shelf of the Palmyra public library, where the librarian and the library council only welcomed anti-Mormon publications. After the librarian died, Bean was invited to place a copy of the Book of Mormon at the library, so he acquired a special library edition from Salt Lake City and delivered it to the library. 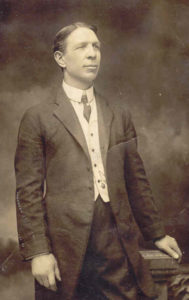 Willard knew the Bible well and was a well-seasoned Missionary. He was also a professional boxer. He was the middleweight champion of the United States and was known as “The Fighting Parson.” He naturally assumed that he could win over the hearts of the people in the community with boxing and offered to put on a boxing exhibition, challenging anyone in the community to get in the ring with him. The community provided three rows of the biggest men. During the exhibition, Bean knocked out each of his first seven opponents within fifteen seconds. During matches, while his opponents were being carried from the arena, Bean did backflips and gymnastic stunts to entertain his audience. The exhibition warmed the community and Bean soon started holding street and cottage meetings. He soon preached to crowds of up to 400 regular attenders.

As the years passed, Willard and Rebecca faithfully continued to serve their mission. Their circumstances, however, were very slow in changing. In spite of all the opposition they encountered, they continued to knock on doors and stretched forth their hand of friendship. Following a series of incredible experiences, Rebecca felt prompted to offer love and service by baking pies for her neighbors. Rebecca’s decision to serve her neighbors in this way is perhaps what turned their hearts and enabled the Church to acquire the land on a portion of Hill Cumorah. Willard was also able to acquire the Martin Harris Farm and the Peter Whitmer Farm.

According to a memorial on Find A Grave.com, “Over several years, Bean and his sons, Bean’s brother Virginius, local missionaries, volunteers, and hired workers planted 65,000 young evergreen and 3,000 small hardwood trees to restore the natural beauty of the hill that existed at the time Joseph Smith received the gold plates. Bean made other improvements, including a road and parking. He laid the groundwork for the monument that was erected on the hill in 1935. He also directed the first theatrical production that was staged near the hill.” 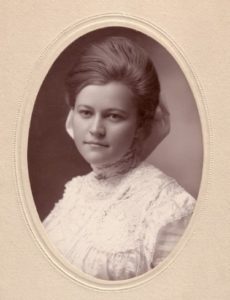 As the hearts of the people in Palmyra began to open, the town became a treasured home long past the original time frame the Beans were called to serve. Prior to the arrival of the Bean family, no Branch of The Church of Jesus Christ of Latter-day Saints existed in the area. Through the work of Bean and his wife and children and missionaries, three branches of the Church were established in the area. Although Willard Bean and his family had been sent to Palmyra for approximately five years, they were released from their mission in 1939, after 24 years on the farm. Willard and his family returned to Salt Lake City, Utah, where he died on 25 September 1949. Rebecca, born on 2 April 1891, died on 25 June 1976.

You can learn more about the story from the film, The Fighting Preacher, which is available for purchase on DVD from Deseret Book.stores or online at Deseret Book.

OUT NOW on DVD & Blu-ray "The Fighting Preacher" – this is a MUST OWN movie for the Family Collection. "The Greatest Church History Story You've Never Heard"#Fightingpreachermovie #Film #LDS #FamilyFilm #ChurchHistory #Palmyra #HillCumorah