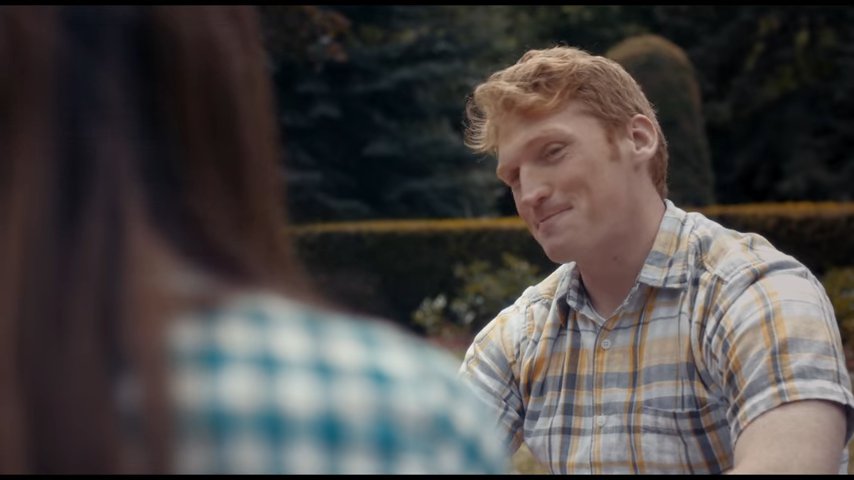 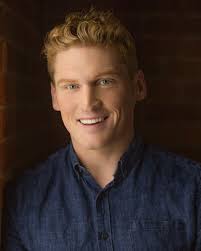 Stuart Edge was just 16 years old when he added acting to his list of life goals. He even made an entry about it in his journal. He told Deseret News, “I wrote that at a time where it did not seem like acting was ever a possibility. I did not grow up in a home with actors or entertainers — nobody in my family on either side had ever done anything like this — but I wanted to do it. So, I’ve always believed in it.”

Stuart recalls that one day when he was a sophomore in high school, his wrestling coach abruptly stopped practice and called him and a teammate up to the front of the room. The two of them had missed practice the previous day because of their roles in the school production of Hello Dolly! Stuart was almost certain that they were about to get kicked off the team.

However, much to his surprise, he recalls that the coach said, “Yesterday, two of our teammates missed practice because they were dancing, singing and messing around.” The coach then looked him and his teammate directly in the eyes and then turned to the other wrestlers and said, “Guys, there’s more to life than wrestling.” The coach handed Stuart and his fellow wrestler/actor a candy bar and encouraged the other wrestlers to develop a wide variety of talents.

That was a pivotal moment for me. I was a shy redhead — I was very shy, I was anxious, I was very fragile. I was from a single-parent home and so my soul was very fragile. But then somebody came in and said, ‘You can do it,’ and that gave me a foundation to build off. That encouraged me to be able to do all the things that I want to do. Had my coach not responded in that way, I don’t know where I would be today. But it was that simple moment and that support that calmed so many anxieties for me.

Stuart has never lost that “do all things” attitude. Since his high school days, he has pursued his passions in comedy and magic, all the while garnering a substantial social media following. His YouTube channel has more than 2.4 million subscribers. In 2016, he authored the book titled On the Edge: How My Crappy Job Changed My Life, which chronicles his unexpected success story. But his most recent pursuit has been taking his drama skills from his days of Hello Dolly to the big screen. 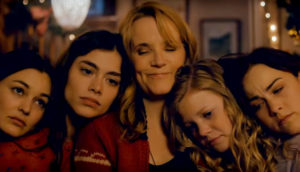 Stuart was not surprised at all last summer when he heard that he had landed the role of John Brooke, the quiet tutor and love interest of Meg March, in the Utah-made modern adaptation of Louisa May Alcott’s, Little Women. Filmed in Utah last summer, the adaptation that comes 150 years — almost to the very day — after Louisa May Alcott’s publication premiered in theaters on Friday, 28 September 2018. It is Stuart’s big film debut — although he was an extra in the 2016 remake of Saturday’s Warrior. 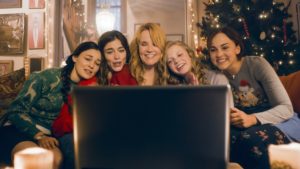 Acting on the big screen was a brand-new ball game for Stuart. Following a script was completely different from the improvisation that he is accustomed to with his comedy and magic shows. He had originally auditioned for the lead role of Theodore “Laurie” Laurence but found that the role of John Brooke was a better fit. He told Deseret News, “As I was auditioning, even practicing, I (thought), ‘I personally would not cast myself for (Laurie), but I’m auditioning for it anyway. That just goes to show how wonderful Clare, the director, and Maclain (Nelson), the producer are and how in tune they are with the characters and the actors who played those characters. They … put me in the place that I thought was best.” He continued, “It’s a little bit easier to act a villain than it is to act something that’s so close to yourself. It’s kind of weird to see myself on-screen because (Brooke) is so just like who I am. Anytime I see myself, it kind of ruins the magic of the movie for me because I think, ‘Oh wait, why am I in this movie?’ It feels like a documentary.”

Deseret News reports that “over the year and three months since filming wrapped, Edge, whose name is often attached to his self-imposed ‘YouTube star’ label, has grown into a new label: actor.” Stuart adds, “I made it thanks to people who didn’t tell me I couldn’t ‘do all the things.’ I’m here today because of people like that. Although acting could’ve began much sooner in my career, I just don’t think I was ready as a person. I was still working (out) a lot of insecurities … but it’s happened now and that’s all I can be grateful for.”