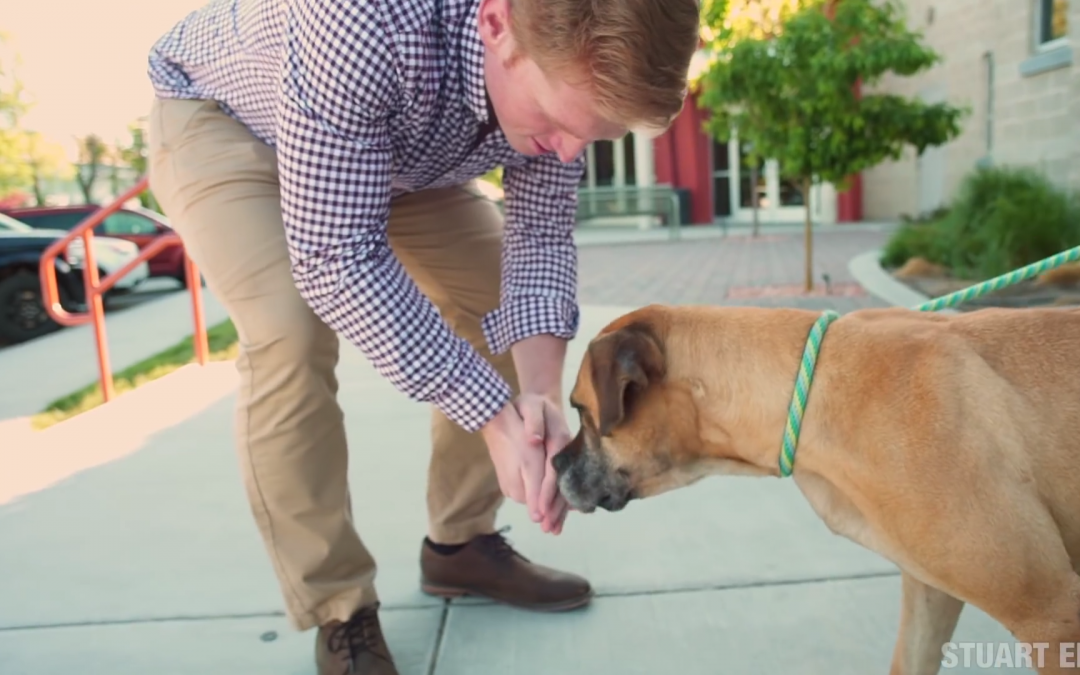 In his latest video, Stuart Edge tries to determine whether the same magic tricks that makes humans happy has the same affect on man’s best friend.

During the video, titled “Magic for Dogs,” Edge visits a dog shelter to try out some of his magic tricks on the dogs. Clips of the furry friends jumping all over him and wagging their tails endlessly over a new friend make up the majority of the video. While Edge certainly tries to perform some fun magic tricks for them to enjoy, the dogs seem far more interested in making friends with Edge instead of paying attention to his magic.

Edge’s signature fun style and lighthearted tone bring a smile to viewers. “Cat people” won’t be disappointed either since Edge decides to try out one of the tricks on a feline friend as well.

This is the second video Edge has produced at the dog shelter. The first consisted of him giving new beds to the homeless dogs, and he lets viewers know that there will be a third video coming up that also takes place at the dog shelter.

It’s a fun a little video that is sure to put a smile on any one’s face and brighten up their day just a little bit. Take a look!