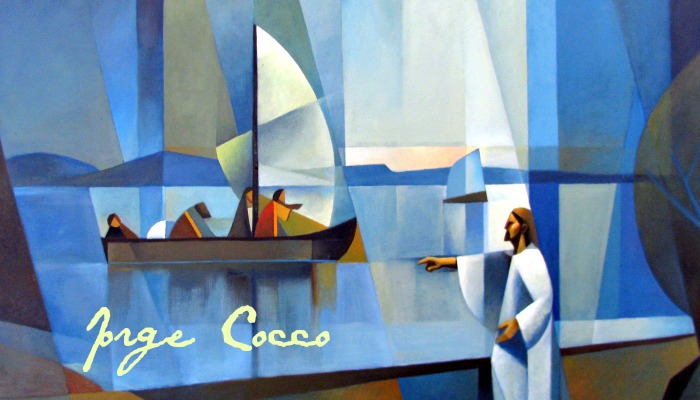 Jorge Cocco has been painting since he was a small boy living in Concepción del Uruguay, Argentina. He used to sleep with his pencils. Things like that didn’t change much over the years.

At age 9, he entered an art contest, and to his great surprise, he won first place. This is what prompted him to dedicate his life to this passion. When his family moved to a different area, the landscape around him gave him the ideal images to begin painting. He made his canvases himself, and the paints he bought were paid for by the money he earned making cards for various businesses.

Due to economic troubles threatening the nation, Cocco moved his family to Spain. With a desire to immerse themselves in Pre-Colombian culture and history, the family, after 7 years in Spain, moved back to the North American continent to Mexico. During his eight years in Mexico, he taught at the Universidad de las Americas in Puebla, Mexico. Some of his masterpieces hang in the Church History Museum in Salt Lake City, Utah.

Cocco and his wife Myriam Verbauwen have six children. They live in Argentina.