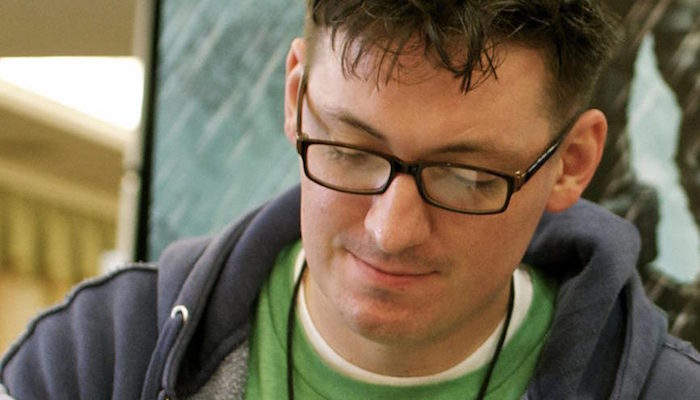 Robert Atkins is an American cartoonist who also happens to be a Mormon (LDS). In an interview with Michelle Garrett Bulsiewicz from the Deseret News, he expressed how his faith has impacted his career: “I rely on the Lord for major decisions as far as what direction to take my work or what job opportunities to take. Even just having the strength to get through the stress of it—the all-nighters, at times being away from my family when I’m travelling—I think my faith offers a level of comfort that helps me do that.” Robert Atkins lives in Springfield, Illinois with his wife and children. According to the Deseret News article, his career has had a big impact on his family, especially his son Connor who has learned about lots of less well-known superheroes through his dad. When Connor was 4, he told one of his friends that he wanted to be Dr. Fate for Halloween. When Connor’s friend said that Superman could beat up Dr. Fate, Connor shot back, “Nu-uh, because Superman is susceptible to magic.” Atkins remembers being impressed that his son knew how to correctly use the word “susceptible” as a 4-year-old, something he must have learned from living in a “nerdy” household.

The Deseret News article also explains that Atkins collects toys and enjoys going to conventions, especially Comic Con. He had the opportunity to go to the Salt Lake Comic Con in September of 2016. He loves to meet fans and aspiring cartoonists ask him to review their work and give them feedback. He also enjoys the flexibility that he gets to have as a cartoonist. He explains that he is given a script of what the characters will say, be he gets to decide what the characters will look like when they say their lines and how to portray the script visually. He usually pencils the cartoons and then sends them to be inked and printed.

According to Wikipedia, Robert Atkins graduated from Illinois State University with a degree in fine art. He then went on to the Savannah College of Art and Design and earned an MFA in Sequential Art.