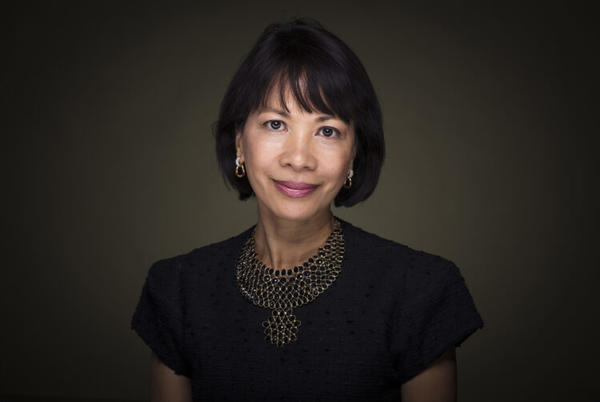 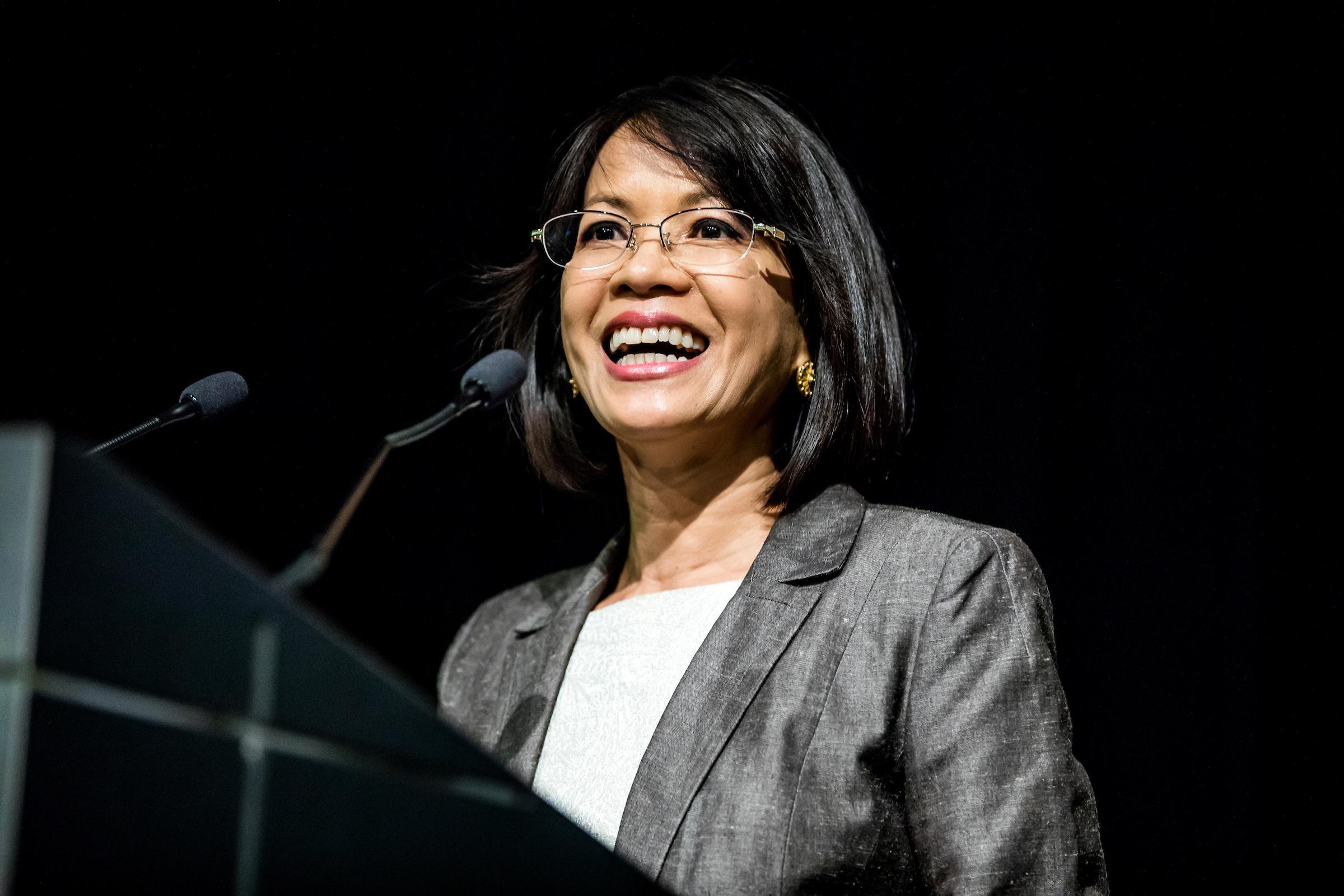 Mary Astrid Segovia Tuminez (pronounced too-MEE-nez), a member of The Church of Jesus Christ of Latter-day Saints, was born on 8 August 1964, in a small island farming village in Iloilo province, the Philippines. She and her six siblings were raised in extreme poverty. Her parents sought better educational opportunities for their children, and when Tuminez was two years old, she moved with her parents and siblings to the slums of Iloilo City.

At the young age of five, she received a scholarship to attend a private school run by Catholic nuns along with her older siblings. This was a pivotal moment in her life, which caused her to become passionate in her belief that education enables individuals to fulfill their dreams and to realize their full potential. 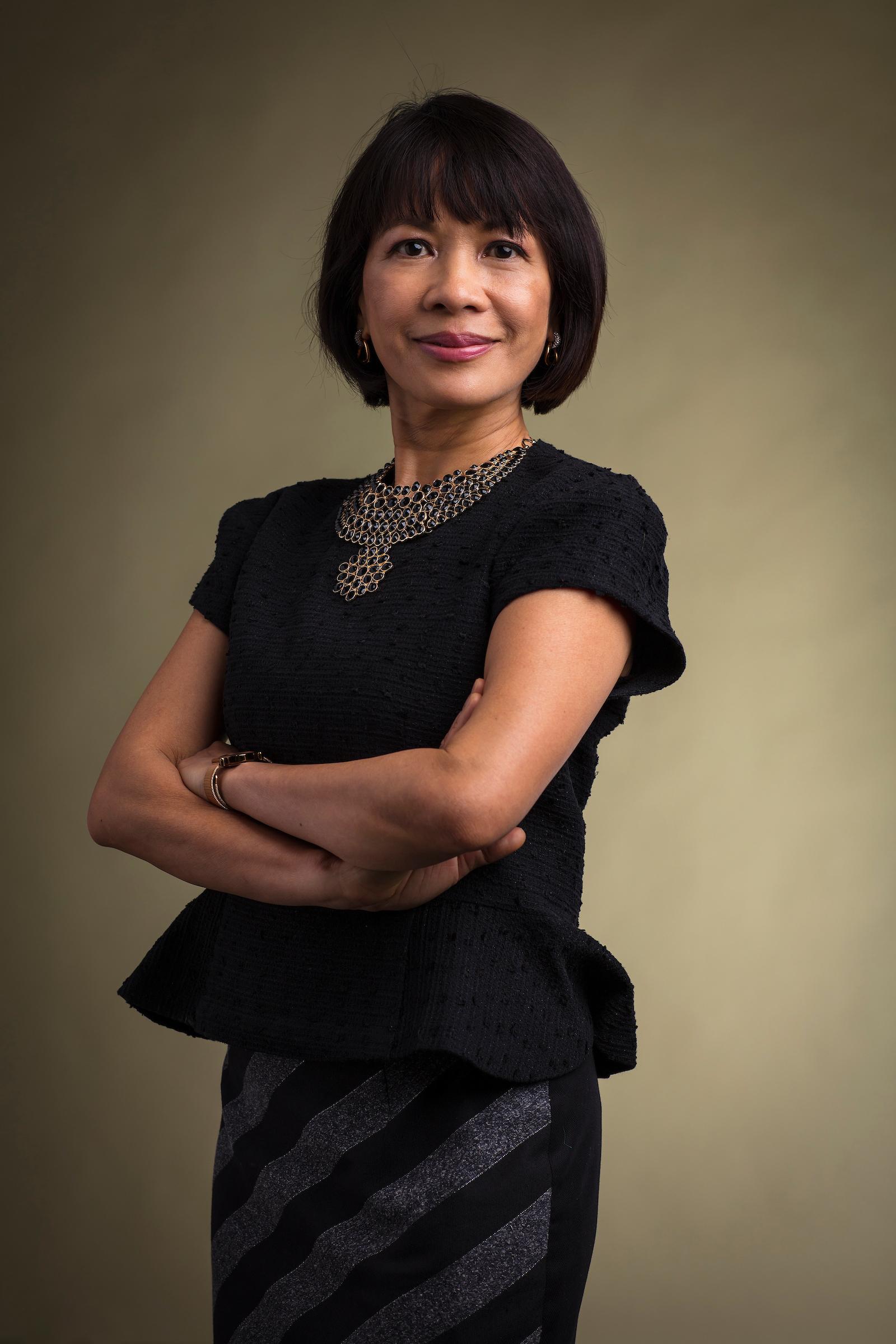 Tuminez was a program officer at Carnegie Corporation of New York. There she focused on democratization, conflict prevention, and non-proliferation of weapons of mass destruction. She later joined AIG Global Investments as a research director and ran the Moscow office of the Harvard Project on Strengthening Democratic Institutions. During her time at AIG, she worked with some of the top reformers of communism.

From 2003 to 2007, she was a senior research consultant to the U.S. Institute of Peace where she assisted in peace negotiations between the Moro Islamic Liberation Front and the Philippine government. She is also a member and former adjunct fellow of the Council of Foreign Relations.

In her role as Vice-Dean of Research and Assistant Dean of Executive Education in the Lee Kuan Yew School of Public Policy (National University of Singapore), she trained more than 2,000 private sector professionals in leadership and organizational change in addition to leading marketing, fundraising, and grants administration for the school.

In her role as Microsft’s regional director for corporate, eternal, and legal affairs for Southeast Asia, she led a team supporting 15 markets. In 2013, she was named a Top 100 Global Influencer by the Filipina Women’s Network of the United States. She was a director of the Philippines’ second largest bank, the Bank of the Philippine Islands, and a board member of Singapore American School and ASKI Global. She was Chair of the Board for ASKI until 2017. 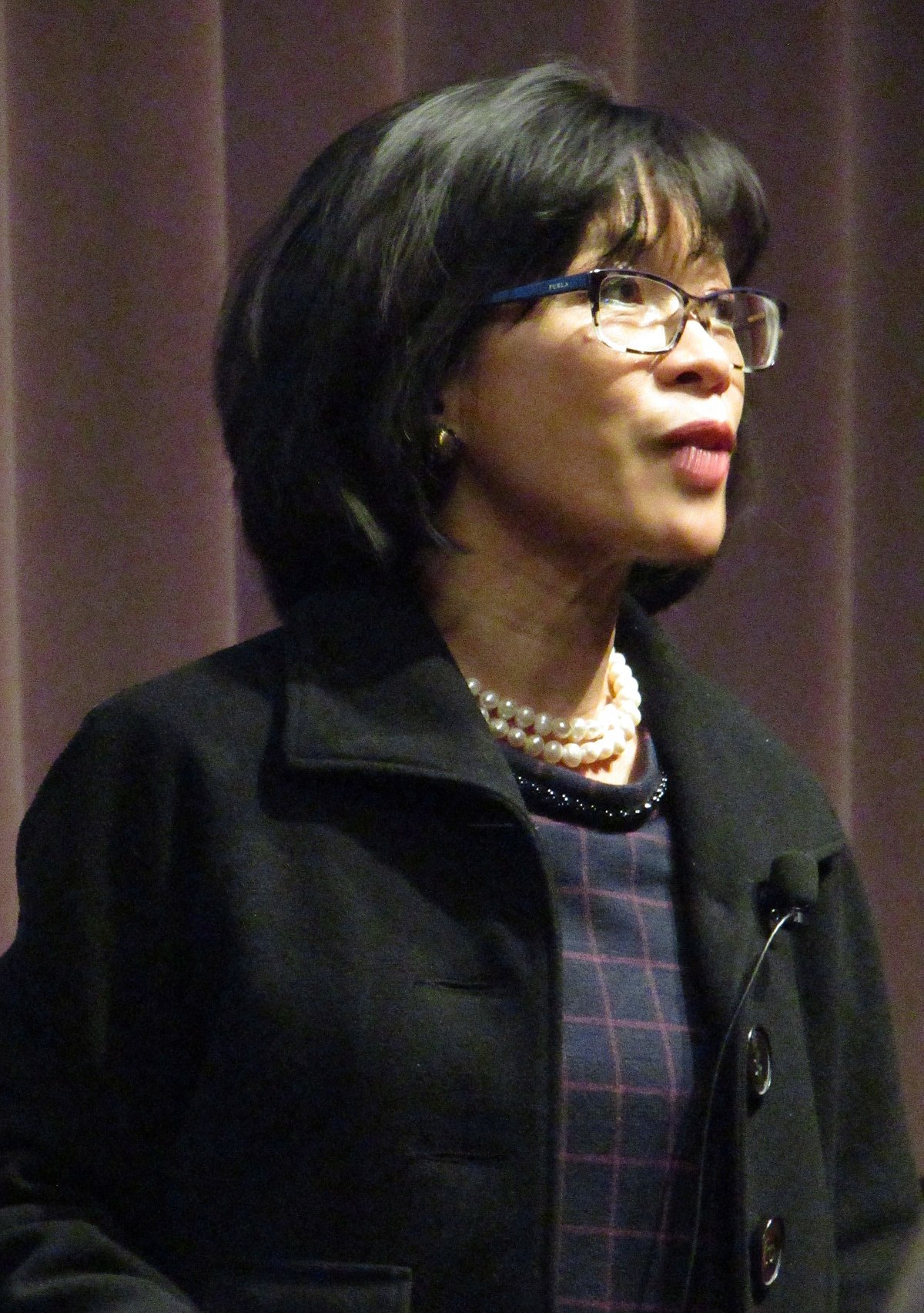 In 2018, while living in Singapore, Tuminez was appointed as the seventh president of Utah Valley University (UVU) in Orem, Utah. She is the first female president of the school. Her predecessor was Matthew Scott Holland, son of Jeffery R. Holland, a member of the LDS Church’s Quorum of the Twelve Apostles. Matthew currently serves as a General Authority Seventy of the Church.

She has worked in philanthropy and venture capital in New York City and is a permanent member of the Council on Foreign Relations. She is the author of Russian Nationalism Since 1856: Ideology and the Making of Foreign Policy and many other publications.

Mary Astrid Segovia Tuminez is fluent in English, Russian, Hiligaynon (Ilonggo), French, Tagalog, and Spanish. She is married to Jeffrey S. Tolk and together they have three children. In her spare time, she enjoys running, dancing, and traveling. She has completed one marathon and four half-marathons. She had 11 years of martial arts training in a system called Tan’s Dazzling Hands while living in New York City. She became a member of The Church of Jesus Christ of Latter-day Saints at age 11. She is also a “super fan” of the UVU wrestling team.