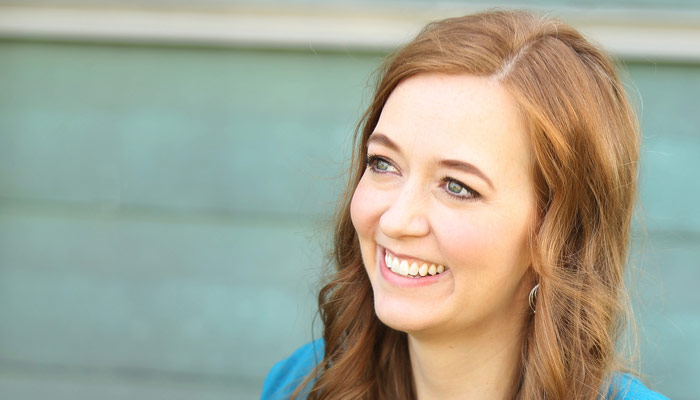 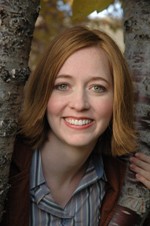 Shannon Hale was born in Salt Lake City, Utah. She wrote stories from the time she was very young, making her younger siblings and classmates act them out for her. In fourth grade, she learned to write fiction, and wrote four unfinished books that year. She attended a fairly diverse high school, creating a desire in her to live among those who were different from her. Throughout her growing up years, she participated in drama and in school magazine staffs, continuing to build her skills. Her acting career was not generally illustrious-one year she had the part of plankton!

She met her husband in high school. She had a crush on him, but he saw her only as a friend, so friends were what they were at that time. She developed Chronic Fatigue Syndrome her senior year, and homeschooled for a time. As a result of her tiredness, she chose to attend University of Utah, near her home, where she majored in writing and also studied acting. She joined an improve troupe and considered a career in acting, but decided too much of acting was out of a person’s hands, since you couldn’t act until you were given a part. Her real passion was writing, even though she never finished the books she started.

Shannon left college temporarily to spend eighteen months in Paraguay as a volunteer missionary for the Church of Jesus Christ of Latter-day Saints. On her website, she explained:
“My time there was extraordinary–living in a very different culture, speaking Spanish (and sometimes Guarani), paired with a Paraguayan companion 24/7, teaching anyone who cared to hear the message we shared, performing service. I was determined to strip away my American sensibilities and just experience the time as a Paraguayan. It was very, very hard being away from family and friends and working so hard, but it was also so wonderful. Besides being a spiritual experience, it was marvelous to take myself out of myself, to not think about what I wanted and to focus on other people. As a writer, it was wonderful training to imagine new cultures. It was also intensely educating in humanity–people are people wherever you go.”

After finishing her degree, Shannon was accepted at University of Montana for the MFA program. During this time she was, she says, considered the worst writer in the program. However, since she is the only one in her group who has published several books with a major publisher and been on the New York Times Best Seller List, she points out that although this was upsetting at the time, it’s not a measure of one’s talent or potential.

Shannon married her high school crush during this time at school, Dean Hale. She began writing the Goose Girl, which would later win the Newbury Honor Award, in college. After graduation, however, she realized it wasn’t very good, so she threw it out and started over. She often wrote during her lunch hour and in two years, finally had a draft she liked. She rewrote the story about thirty times before considering it completed. She obtained a publisher, but the book was rejected multiple times before being accepted.

Shannon told LDS.org: “I say a prayer before I begin my writing time each day. By no means do I think that my books are ‘inspired,’ but I believe the Lord does give us a lift and aids us in completing our righteous endeavors when we seek His help.”

Shannon is the author of five Young Adult novels, one adult novel, and a graphic novel co-written with her husband. She and Dean have one son and a daughter. Her most popular books are based on fairy tales, often those less known or from a less popular character’s point of view.

Shannon Hale started writing books at age ten and never stopped, eventually earning an MFA in Creative Writing. After nineteen years of writing and dozens of rejections, she published her first book, The Goose Girl, an ALA Teensï¿½ Top Ten. Enna Burning andRiver Secrets are companion books to Goose. Princess Academy is a Newbery Honor Book and New York Times best seller. Austenland, her first book for adults, is a Book Sense pick. She and her husband are co-writing a series of graphic novels for kids.