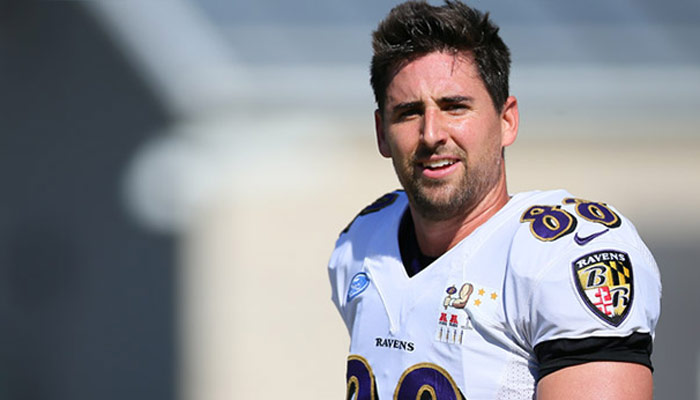 Dennis Michael Pitta, born 29 June 1985 in Fresno, California to parents Dennis and Linda Pitta, is an American football tight end for the Baltimore Ravens, number 88, of the National Football League (NFL). He was drafted by the Ravens in the fourth round (114th overall), of the 2010 NFL draft. He played college football for Brigham Young University (BYU) and was an All-American. He has always had a love for sports and athletic competition, which should come as no real surprise considering his father, who is also athletically inclined, played college football as a middle linebacker for California from 1968 to 1969. 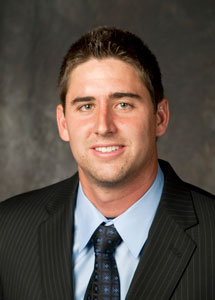 Pitta is also a member of The Church of Jesus Christ of Latter-day Saints (more commonly referred to as the Mormon Church). He is an Eagle Scout, and served an LDS Church mission for two years in the Dominican Republic. He is married to Mataya Gissel.

As a young man growing up, Pitta attended Moorpark High School in Moorpark, California where he earned letters in football, basketball, and track. He played football as a wide receiver and a corner-back for the Musketeers, and because of his large size, he was difficult to cover. In 2002 during his senior year he recorded 64 receptions for 1,150 yards and 13 touchdowns. That season, he was named a first-team all-county, all-league, and all-area player. He was a scholar-athlete all four years in high school and was also named a National Football Foundation Scholar Athlete. Many schools showed interest in Pitta – Dartmouth, Navy, Oklahoma State, Oregon, Utah, and Yale – but no Division I school offered him a scholarship.

Pitta chose to attend Brigham Young University, where he walked onto the BYU Cougars football team as a wide receiver. He was subsequently moved to the position of tight end by head coach Gary Crowton, where he soon earned a scholarship. In 2003 he sat out the season in “greyshirt” status. In 2004 he saw significant playing time as a result of an injury sustained by starter Daniel Coats. During that season, he recorded 17 receptions for 176 yards and two touchdowns, and actually ended the season with more receptions than Coats. Both of his scores came in a game against Air Force, where he blocked a punt and BYU was able to capitalize for a score.

Pitta had a two-year break in his college career as he served his mission for The Church of Jesus Christ. He returned to play for BYU in the 2007 season and recorded 59 receptions for 813 yards and five touchdowns, finishing the season as the nation’s fifth-leading tight end in yards per game at 63. He was named to the All-Mountain West Conference (MWC) first team, and also received Academic All-MWC honors.

In 2008, he recorded 83 receptions for 1,083 yards and six touchdowns. Against Northern Iowa, he compiled 213 yards, which broke the conference receiving yards record for a tight end and earned him the John Mackey Tight End of the Week honors. Against Colorado State, he caught the game-winning 17-yard touchdown pass from quarterback Max Hall, and was named the John Mackey Tight End of the Week and a MWC Co-Offensive Player of the Week. Pitta finished the season as the team’s second-leading receiver. He was a Lombardi Award and Biletnikoff Award candidate, and a Mackey Award semifinalist. Pitta was named to the All-MWC first team, and again received Academic All-MWC honors. College Football News and Sports Illustrated named him an honorable mention All-American, and Rivals.com named him to its All-America third team. [1]

He was one of three finalists for the Mackey Award, and was named to the 2009 All-MWC first team and the 2009 AFCA Coaches’ All-American team.

Pitta was signed to a three-year contract with the Baltimore Ravens on 21 June 2010. In his rookie year he had only one catch for a single yard while playing behind Todd Heap and fellow-rookie Ed Dickson. In 2011 however, quarterback Joe Flaco looked for Pitta often, and Pitta stepped into a more valuable role, with 40 catches for 405 yards and three touchdowns. In the Ravens’ 2012 season opener in Cincinnati, Pitta caught 5 passes for 73 yards and a touchdown, with quarterback Joe Flaco targeting him 10 times. As of October 1st he is the starting TE in front of Ed Dickson, but Dickson was listed ahead of Pitta in the Super Bowl win against San Francisco 49ers. In Super Bowl XLVII Pitta caught four balls for 26 yards and a touchdown to help lead the Ravens to a 34-31 Super Bowl victory over the San Francisco 49ers. [1]

Quiet and unassuming by nature, the devout Mormon takes nothing for granted and is typically one of the last players off the practice field.