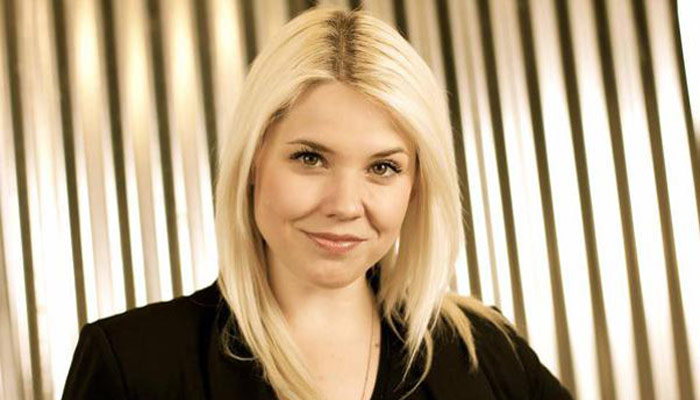 Jenna Kim Jones is a Writer and Script Assistant and has worked as interim management for The Daily Show with Jon Stewart (www.thedailyshow.com).

She is also a very funny standup comedian. In 2014 she released her first stand-up comedy act called #Sorrynotsorry. Then in 2016, she released a Second Comedy “Jenna Kim Jones Lives in Hollywood.” Her most recent job was for The Dry Bar Comedy.

From her website ….. What’s with the whole “I’m Mormon” thing? No, it isn’t just a way to ward off creepy guys in a bar with talk of eternal marriage AFTER they buy me a Diet Coke (on the rocks). It’s true, I’m a Mormon. A real living breathing active Mormon. (And the rumors that I am studying the secret to make it rain Skittles are…100% true.)

Jenna now has a podcast where she talks about whatever is on her mind. She has guests occasionally and throws her comedic input into all episodes.

On Jenna’s YouTube channel, she has three playlists that feature her Podcast, #Sorrynotsorry, Jenna tries, and liked videos.

Throughout her work, Jenna strives to focus on good language and wholesome content. “It’s just not who I am,” She said in her I’m a Mormon video. She loves making people laugh. She said that there is a force that pushes back at you when people laugh.