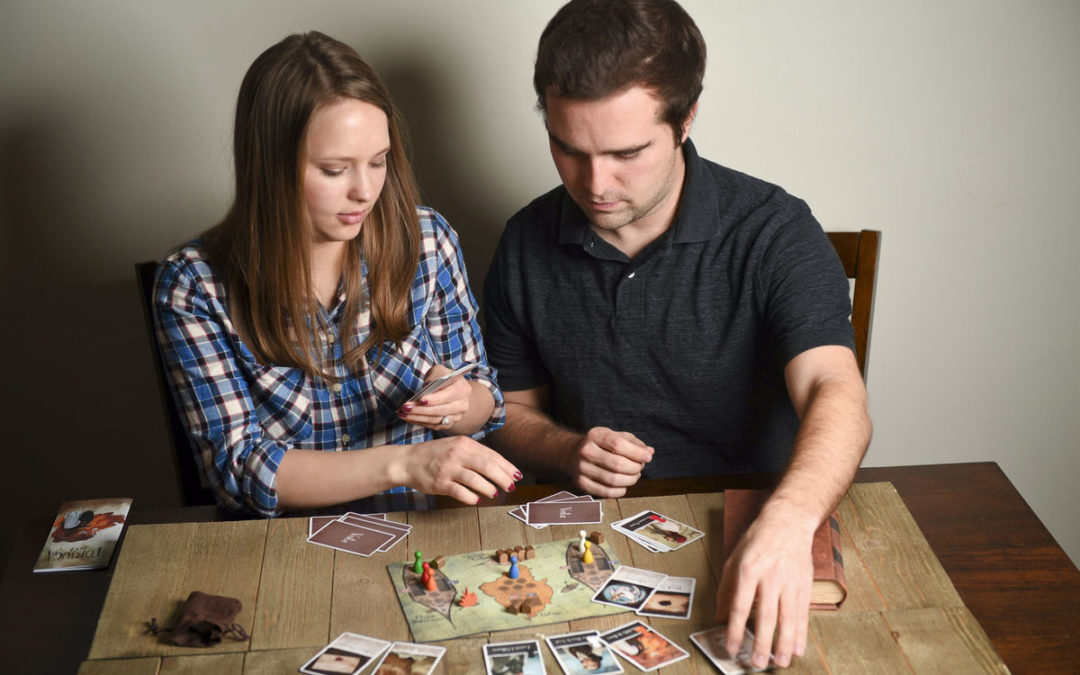 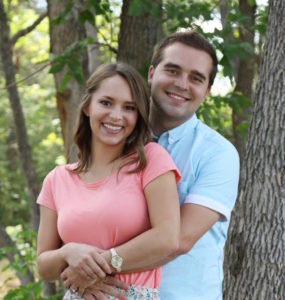 Latter-day Saint couple Travis and Holly Hancock from Columbus, Ohio, first met at a young single adult activity at Brigham Young University (BYU). During that meeting, Travis caught Holly off guard with what perhaps seemed to her to be a rather odd question. He asked her, “What are you passionate about?” His question made a lasting impression on her. She told Deseret News, “I could tell straight off that he was different and that he cared about passion and making things happen.”

As they were moving into their new apartment a week after they got married, Holly noticed an old version of a game that Travis had. He told her that he and his brothers had decided to revise the rules and create their own game. Holly said, “I didn’t even know that was something you could do, just make your own game. Then (Travis) started thinking about it more, and I was dabbling in graphic design at the time. We thought, ‘This would be a fun project, a good side hobby.’ I didn’t see it as anything else.”

That supposed gaming hobby soon turned into a successful board game startup called Façade Games that has raised more than $1 million on Kickstarter with its first three games. Their last game, Deadwood 1876, ended its month-long Kickstarter campaign on 22 March 2018, with pledges totaling $587,000, making it their highest-grossing game thus far. The game will be released this fall.

How It All Started 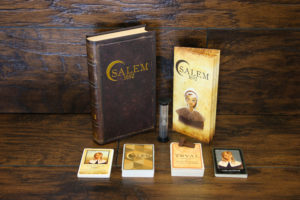 Travis and Holly are both members of The Church of Jesus Christ of Latter-day Saints. In October 2017, they moved from Springville, Utah, to Columbus, Ohio. Travis, a graduate of the BYU business strategy program, is originally from Beavercreek, Ohio. He grew up in a family of nine children who loved playing games together.

During a summer in Alaska with some friends, Travis created a Harry Potter version of the game called Mafia, a social-deduction game in which each player tries to identify the roles of the other players. He later changed it to a game called City. After meeting his wife and working together with her on the game, it took on the theme of the Salem Witch Trials. Thus, the game Salem was born. 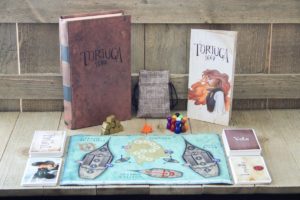 In 2014, Travis and Holly enlisted the help of Sarah Keele, an illustration major at BYU, who researched visual references and fashion trends from the period of the game to “make each piece feel like it is in the same world.” With the design, rules, and illustrations all in one nice neat package, the couple decided to put the game on Kickstarter.

Travis told Deseret News, “The first game, especially, we really weren’t expecting much, and we didn’t do a lot of telling people about it. We just put it up and I think people really responded to it being in a book and it being a social-deduction type of game.”

In spring 2015, Salem raised over $100,000, allowing Travis to quit his full-time job at an ad agency in Provo, Utah, to focus on games, however, he continued to do some digital marketing consulting on the side with his own company. In January 2017, Travis and Holly launched their second game, Tortuga 1667, on Kickstarter, raising $400,000. Travis then decided to pursue creating games full-time, and by the end of that school year, Holly had quit her job as an elementary school teacher.

Focus on the Family 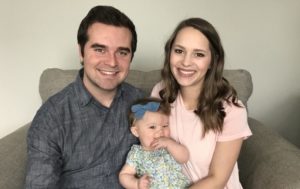 Earlier this month, Façade Games was featured by CNBC. As the venture continues to grow in sales and garner attention for its success, Travis and Holly remain focused on the most important element of their business – family.

Keele, the illustrator for the games, now lives in Orem, Utah, with her husband and is pregnant with her second daughter. She has created almost 90 illustrations thus far for cards and game pieces for Façade Games. She recognizes that Travis and Holly’s family values are evident in their work. She commented, “It’s the dark city series, but still family friendly. We can do it dark and get that spooky vibe that can be enjoyed without putting things in it that go against our values.”

Being able to work from home has proven beneficial especially with a nine-month-old daughter. Travis handles the business side of Façade Games, as well as, the concept and manufacturing aspects of the games. Once a game is ready and complete with illustrations, Holly works on the design elements.

For now, Travis and Holly are content with releasing one game per year and have no immediate plans for growing the company. Travis said, “There have been lots of people who have come to us and say, ‘Hey, hire me.’ or ‘Publish this game’ or ‘We have this idea for turning your game into an app.’ There’s all kinds of opportunities which would take time away from each other. We’ll keep focused on why we’re doing this and make sure we keep lots of time for our family.” He further said that one of his favorite parts about being a game maker is what he describes in his product’s purpose: “to create fun, lasting memories with families and friends.”