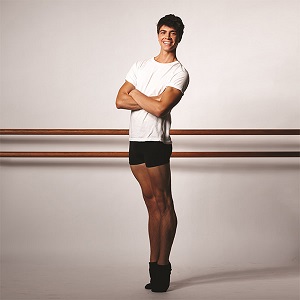 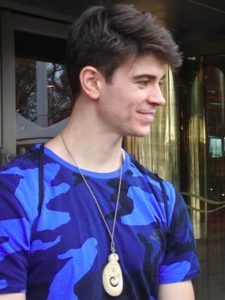 Jake Mangakahia has had two dreams since he was a little boy; to pursue a career in ballet and to serve a mission for The Church of Jesus Christ of Latter-day Saints. His dream of being a missionary was fulfilled in 2014 when he served a two-year mission in Toronto, Canada. After returning home from his mission in 2016, he was able to return to the Australian Ballet.

On Tuesday evening, 5 December 2017, Jake realized that his dream of some day becoming a great ballet dancer are coming true. His dedication, great talent, and support of admiring fans were celebrated when he received the 2017 Telstra Ballet People’s Choice Award at a special presentation in Sydney, Australia.

There were six other dancers competing for the coveted award. In an interview with the Sydney Morning Herald, Jake commented, “The other nominees were so amazing and hardworking, and I feel like anyone who would have received the award was deserving of it, that is how I was feeling before. I was shocked because it could have been anyone’s (award).”

This was not the first time that the 26-year-old ballet dancer had received the award. He first won it in 2012. He refers to the experience of winning this time as both crazy and shocking, having accepted the award at Sydney’s Capitol Theatre following the opening night performance of Alice Adventures in Wonderland by The Australian Ballet. 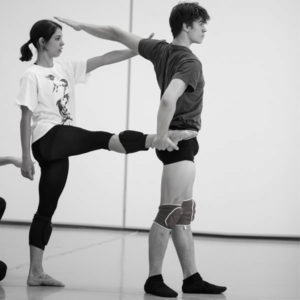 The quote by Walt Disney that says, “All our dreams can come true, if we have the courage to pursue them” is one of Jake’s favorites and one that he has taken to heart. He started ballet classes at age five in Queensland. He later had a successful audition for the Australian Ballet School, and at age 10 he moved to Melbourne, Australia. After completing the Advanced Diploma of dance, he was offered a full-time contract with the Australian Ballet Company at age 18. After winning a scholarship, he trained with the National Ballet Schools of New York and Toronto.

In 2007, Jake received an Award of Excellence and a Traveling Scholarship for the Overseas Exchange Program. He was also the ballet school’s first school captain. And, in 2011, he was given a position in the corps de ballet of the Australian Ballet. In 2012, he accomplished his goal of dancing the lead role in the contemporary piece, “Waramuk” by the Australian Ballet at The London Centre in New York.

He told the Sydney Morning Herald that he is grateful to his parents for enrolling him in ballet classes at the age of five. He said, “They … saw that their son in the lounge room of their house would dance to classical music in a way that was very lyrical and expressive. They saw this, and they took the opportunity to put me in a ballet class at the age of five. Not many parents would do that for their son, most parents when they see their son dancing and being expressive, they think ‘Oh dear, what is going to happen here’. They took the opportunity to see if that would grow and it did, and I am so grateful for it and for them.”

Jake was promoted to coryphée (lead dancer) at The Australian Ballet in 2017 and said he was looking forward to connecting people to their cultures across a range of mediums.

And more about Jake’s dreams in another article on Mormon Newsroom.