From Playing Billy Elliott on Broadway, to Choreograhing Dance to Portray the First Vision, Tade Biesinger Continues to be an Inspiration 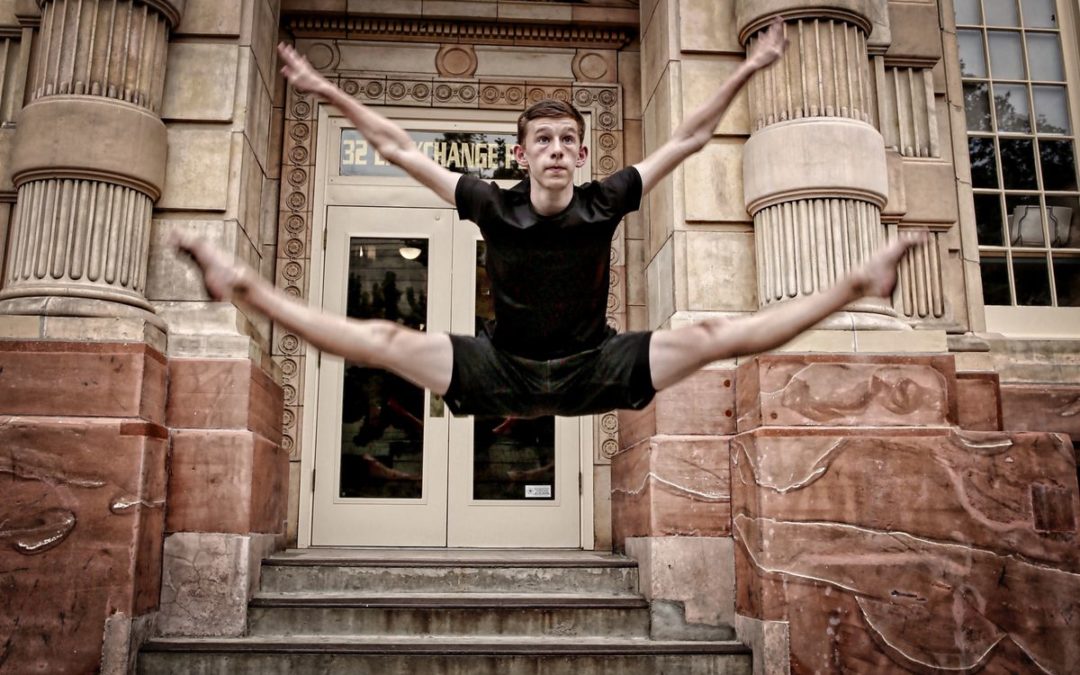 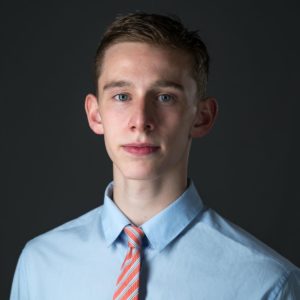 Photo courtesy of the Biesinger family

Tade Biesinger from Bountiful Utah is a 2018 graduate from Bountiful High School. He is also a member of The Church of Jesus Christ of Latter-day Saints (often referred to as “the Mormon Church”) and the oldest of seven children in his family.

Tade has always had a knack for rhythm and movement. Ever since he was a youngster, he has loved to dance and entertain others. He remembers always showing his parents what new cool moves he had come up with.

His father, Clint Biesinger, recalls, “When he was 12 months old, one of the songs he liked was ‘The Wheels on the Bus.’ I remember when my wife and I would sing that to him and he couldn’t talk, but when it came time to go ‘swish, swish, swish’ or something, he’d go ‘dah, dah, dah. He just always had a sense of rhythm.” Tade told Deseret News, “Honestly, ever since I was young, I would sing and dance. I just wanted to entertain wherever I went, so I think it’s always kind of been in me.”

Tade’s parents soon realized that they needed to find a creative outlet for their son to expend his energy and enthusiasm. They signed him up for the neighborhood gym classes when he was five years old, and enrolled him in formal dance classes at the age of seven. By the age of nine, Tade was winning national dance competitions. In 2011, at age of 11, he was cast in the title role of Billy Elliott the Musical, the Tony Award-winning musical with music by Elton John, and was dancing on Broadway. 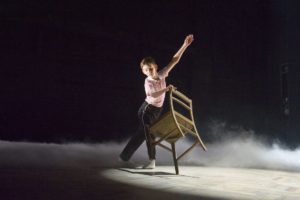 Tade said he was scouted for the role in Billy Elliott on Broadway while performing in a dance competition in New York City. The musical’s dancing director saw him perform, invited him to audition, and before he knew it, the role was his. His year-long stint on Broadway was followed by a nine-month stint reprising the role in London’s West End in 2013. He then reprised the role at the Muny in St. Louis, Missouri in 2014. In 2017, Tade played the role of Specs as part of the ensemble of Pioneer Theatre Company’s Newsies.

In a Deseret News interview in 2017, Tade commented, “Before I even auditioned for ‘Billy,’ I didn’t even know what Broadway was. I was really kind of out of the loop with everything, so to be pushed out into that world at such a young age was kind of scary but it was also a huge blessing in the sense that I was able to work with some really talented people and still continue to work with a lot of people who are really big examples to me. . . .Kind of crazy.” 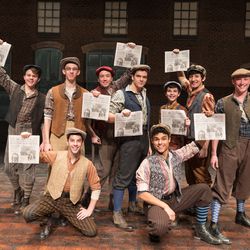 When he returned to Utah, he continued his dance training at Dance Impressions dance studio and at the University of Utah. In 2017, Tade auditioned for Pioneer Theatre Company’s Broadway production of Newsies and was cast in the role of Specs. He said, “When ‘Billy Elliot’ was finishing on Broadway, ‘Newsies’ was just announced that it was going to be coming to the Broadway stage. Ever since I was that age, I thought it would be so cool to be a newsie. When I heard it was coming to Pioneer Theatre, I couldn’t just not audition.”

Throughout his busy dancing career, the Church and attending early morning seminary were always a priority for Tade. His daily routine consisted of waking up early to attend seminary, attending classes at Bountiful High School half the day, and then rehearsals for seven to nine hours a day. When he wasn’t in the middle of preparing for a production, his regular dance training would last four to five hours a day.

Tade is currently serving a full-time mission for The Church of Jesus Christ of Latter-day Saints. Now he is using his God-given talents to portray a more spiritual story—the First Vision. In a Facebook video, which was created by fellow missionary and videographer Elder Spoors, Tade said, “I love dancing. It’s the way that I can express myself to show who I am, to connect with other people that I’m around.” Elder Biesinger says he normally tries to create moves that will entertain when he dances. But choreographing this number felt different than the others.

He told LDS Living, “This is the experience of a young boy, Joseph Smith, who lived something extraordinary. And as I thought about what he experienced, what he was going through, what he felt, that’s what I wanted to portray through this dance. And as I did that, it really touched me to think about how the heavens are opened—that we can talk with our Father in Heaven just like Joseph Smith did that day long ago.”

INCREDIBLE.Take one of our Alpine missionaries (Elder Spoors) who is a videographer and another Alpine missionary (Elder Beisinger) who is a dancer that starred as Billy Elliot on Broadway and put them TOGETHER and what do you get?…THIS…