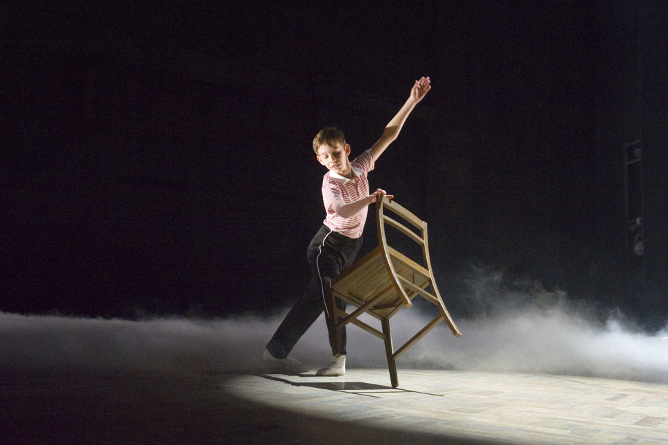 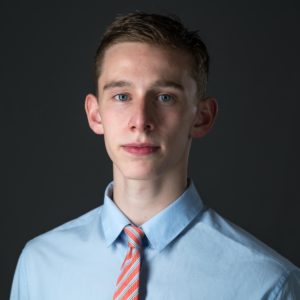 Tade Biesinger, an 18-year-old senior at Bountiful High School in Bountiful, Utah, is not an amateur when it comes to performing on stage. He is an accomplished actor and dancer who has played the title role in “Billy Elliot the Musical” on Broadway. He also shared his amazing talents while performing in Pioneer Theater Company’s (PTC) production of “Newsies” which ran from 1 – 20 December 2017.

According to the Deseret News, Tade’s father, Clint Biesinger recalls, “When he was 12 months old, one of the songs he liked was ‘The Wheels on the Bus.’ I remember when my wife and I would sing that to him and he couldn’t talk, but when it came time to go ‘swish, swish, swish’ or something, he’d go ‘dah, dah, dah. He just always had a sense of rhythm.”

By the age of five or six, Tade was participating in neighborhood gym classes. He started taking formal dance classes by the age of seven, and winning national dance competitions by the time he was nine. He was cast in the title role of “Billy Elliot the Musical” – the Tony Award-winning musical based on the 2000 film Billy Elliot with music by Elton John – at the age of 11. Tade said that he was scouted for the role in “Billy Elliot” on Broadway while performing in a dance competition in New York City. The director saw his performance, invited him to audition, and the role became his.

Tade also said that he has always wanted to entertain, and ever since he was a young boy, he would sing and dance wherever he went. He told Deseret News, “Before I even auditioned for ‘Billy,’ I didn’t even know what Broadway was. I was really kind of out of the loop with everything, so to be pushed out into that world at such a young age was kind of scary but it was also a huge blessing in the sense that I was able to work with some really talented people and still continue to work with a lot of people who are really big examples to me.” 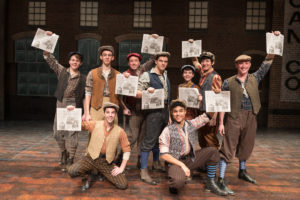 He started performing on Broadway in 2011. That lasted for a year and was followed by a nine-month stint reprising the role in 2013 on London’s West End, and then again in 2014 at the Muny in St. Louis, Missouri.

After returning home to Utah, he continued his dance training at Dance Impressions dance studio and at the University of Utah. Although his focus is on his dance training, when he learned that Pioneer Theater Company had announced a production of “Newsies,” he knew that it was something that he wanted to be a part of. He said, “When ‘Billy Elliot’ was finishing on Broadway, ‘Newsies’ was just announced that it was going to be coming to the Broadway stage. Ever since I was that age, I thought it would be so cool to be a newsie. When I heard it was coming to Pioneer Theatre, I couldn’t just not audition.”

While performing as a newsie, Tade was kept quite busy with a rigorous schedule. He woke up early to attend early morning seminary class of The Church of Jesus Christ of Latter-day Saints, attend classes at Bountiful High School for half the day, and then hurried off to seven to nine hours of rehearsal. When he is not performing in a production, his dance training lasts four to five hours a day.

Speaking about Tade Biesinger, Karen Azenberg, PTC artistic director and director of “Newsies,” said, “I just think he is an example to pre-professional and professional actors on the value of training and discipline,” Azenberg said. “He has no ego whatsoever. I’m not saying he’s a pushover, it’s just he listens and works hard, hard, hard and is kind to his fellowman.”

To pursue his passion, Tade is willing to miss out on family activities or social activities with his friends. However, the one thing that he is not willing to miss are his church services. When he first moved to New York with his mother and sister and started performing on Broadway, he was unable to attend church because of his busy rehearsal and performance schedule. He said, “That was kind of a big deal for me. Not being able to go, I noticed a huge difference in my life and finally my mom and me just contacted the directors. I ended up being able to go and after I came back they said, ‘Keep that kid in church because we do notice that difference.’’ Additionally, being the oldest of seven children, Tade still takes time out for his family.

After Tade graduates from high school, he has plans to serve a full-time two-year mission for The Church of Jesus Christ of Latter-day Saints. He also has goals and aspirations of pursuing dance training at a university, and continuing to perform.