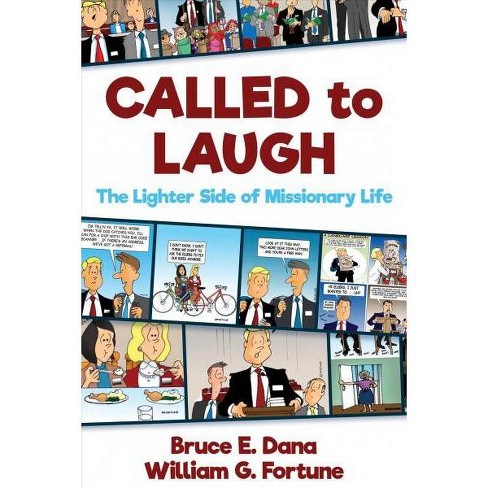 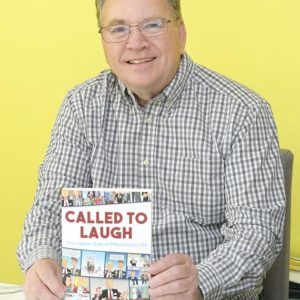 Bruce E. Dana and William G. Fortune are the co-authors of the book Called to Laugh: The lighter side of missionary life. The book, which was released on 12 March 2019, is a collection of 86 stories and 58 cartoons that relate to the sometimes odd and funny happenings to the more than 70 thousand Latter-day Saint missionaries who serve missions around the world. The publisher of the book is Cedar Fort and it is distributed through Seagull Book, Barnes & Noble, and Amazon.

The description for the book on Amazon reads, “A mission is full of spiritual highs, discouraging lows, and moments when you can’t help but laugh out loud. From doctrinal misunderstandings and language barriers to encounters with wild animals and love-struck investigators, this collection of hilarious true stories celebrates the lighthearted side of missionary work. Each anecdote testifies that while God takes His work seriously, He isn’t above brightening His servants’ day with a little humor.”  Speaking about the book, Fortune, who is also a cartoonist for Meridian Magazine, said, “You may smile, snicker and laugh out loud as you peruse through this enjoyable review of the “best two years” of a missionary’s life.” 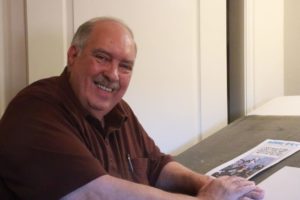 Fortune has always liked cartooning and as a child, he would copy the Sunday comics. He learned early in life that being a career cartoonist was perhaps not the best choice, especially if he wanted to keep food on the table for himself and his family. So, he has found opportunities to enhance his skills as a cartoonist while working in advertising for the past five decades.

His son, Doug, at the age of 19 served a full-time mission for The Church of Jesus Christ of Latter-day Saints (often mistakenly referred to as “the Mormon Church”) from 1988-1989 in Tampa, Florida. He and his son wrote weekly letters to one another and he would turn the experiences that his son shared into a cartoon and attach it to the bottom of his return letter. In one letter, his son wrote about having “alligators in back of his apartment.” Fortune said, “I did the cartoon of the elders in shredded suits talking to the mission president explaining that they had found a dog that was green and 18 inches high but they left a Book of Mormon. The reveling panel shows an alligator in a dog house with a Book of Mormon propping its’ mouth open.”

His son’s first companion’s name was Carroll, so he named the comic strip Elders D&C. Elder D was based on the characterization of his son Doug, and Elder C, whom Fortune did not know, was made up in contrast.  Doug would share the cartoons with his fellow missionaries, and after he returned home from his mission, the cartoons were basically shelved. In 2000, when Meridian Magazine put out a call for cartoons, Fortune resized his cartoons for computer and continued to add new ones for about five years. He did the cartoons as a tribute to Doug, who passed away about 20 years ago. 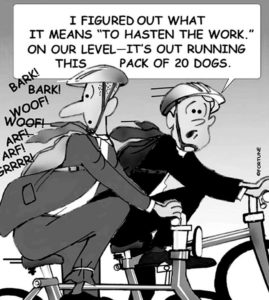 About 3 years ago, Bruce Dana,  an author from northern Utah, saw some of the cartoons in Meridian and contacted Fortune. He was interested in knowing if the two of them might collaborate on a book of humor. Dana, who is a published author, had written a humor book once before and was searching for an opportunity to do another book on humor in the Church.

Dana lives in Hyde Park, near Logan, Utah, and Fortune lives in St. George, Utah. So, after three years of lots of phone calls and emails, the book Called to Laugh: The lighter side of missionary life was born. Fortune had stories sent to him from the cartoons running in Meridian and Dana had been collecting stories since his first book. They sought more stories and edited many of the cartoons as they related to the subject matter of the stories. For example, if they had a story about losing the apartment key, Fortune had a cartoon of missionaries crawling through an apartment window.

Fortune commented, “Not everything goes as planned on a mission and this collection of stories and cartoons proves it. In the book, Missionaries encounter everything from “hasting the work” with a serious dog chase to unidentified food in care packages from home. They do it all with a smile and determination to reach the one. “

For samples of stories and some of the cartoons from the book, please go to “Called to Laugh”: Meridian Cartoonist Releases Book of Humor Focused on Missionaries.”