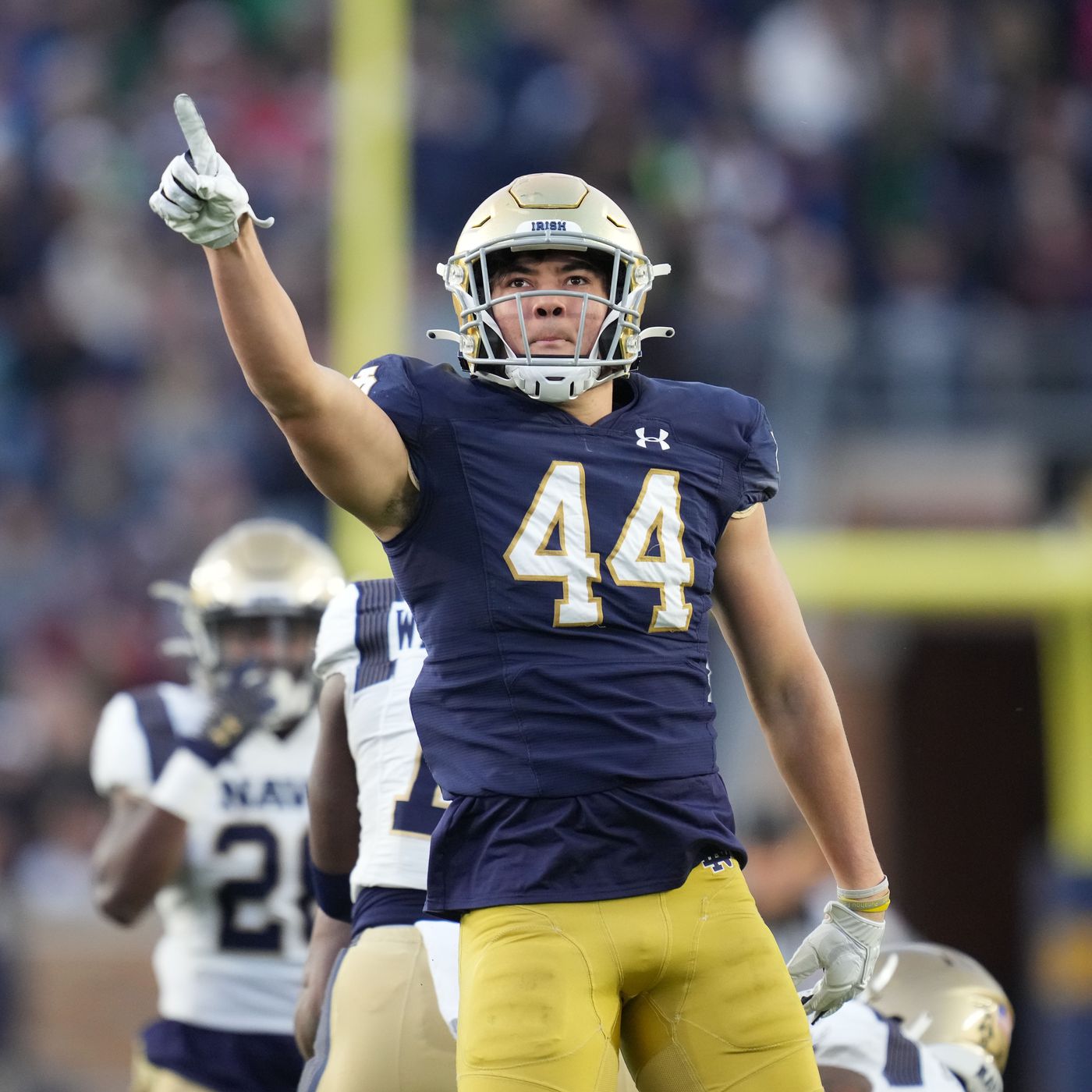 Kahanu Kia, a native of Kaneohe, Hawaii, is a member of The Church of Jesus Christ of Latter-day Saints. Dubbed as the “Best Linebacker in Hawaii,” Kahanu is an outside linebacker for Notre Dame.

In just a few short weeks, he will be stowing away his football cleats and gear. In turn, he will be donning a white shirt, tie, suit, and a good pair of walking shoes as he begins his two-year mission for the Church. He is scheduled to report the Missionary Training Center (MTC) in Provo, Utah, on Valentine’s Day, Monday, 14 February 2022. Afterwards he will report to the Raleigh North Carolina Mission. He told the Church News, “I’m going to miss football a lot. But I’m still ready to go and serve.” 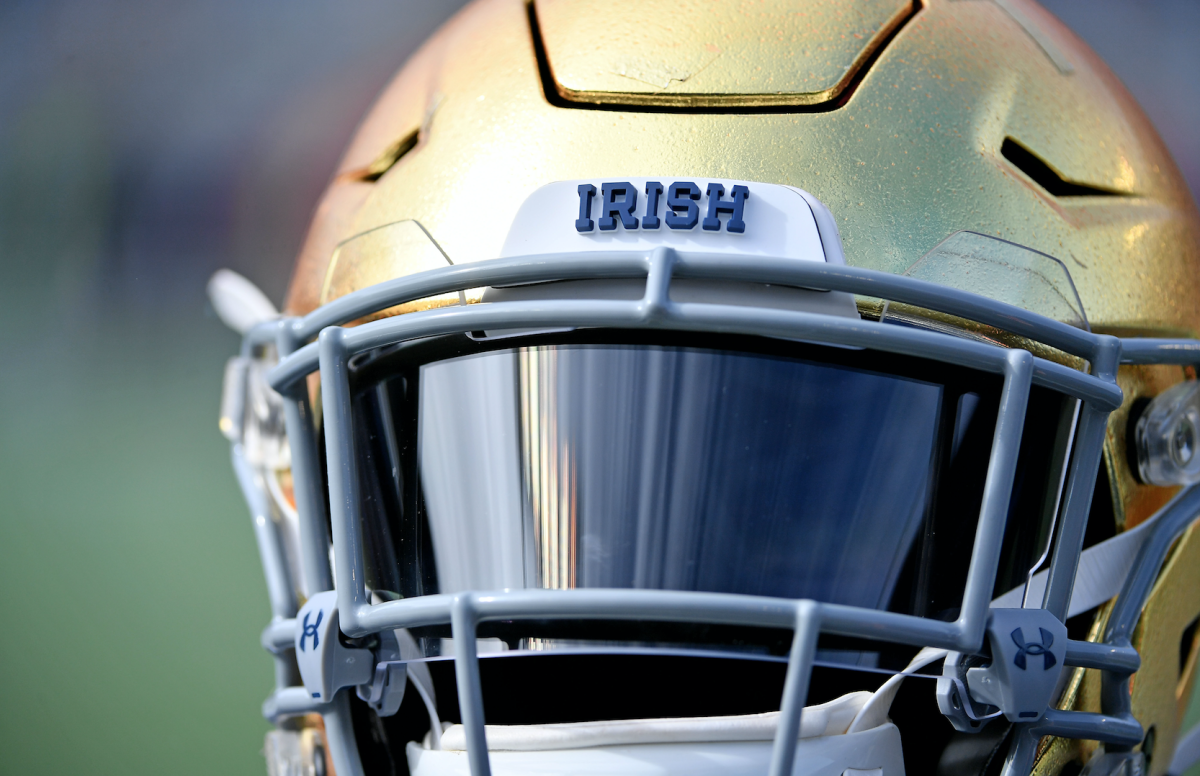 On Monday, 10 January 2022, via Twitter, Kahanu formally announced his decision to temporarily step away from Notre Dame football. In his tweet, he said, “As was discussed during my recruitment, I will be taking a leave of absence and serving a two-year mission for The Church of Jesus Christ of Latter-day Saints.” He continued, “I would like to express my gratitude to Coach Freeman and the University of Notre Dame for allowing me to pursue my religious goals. In just six months, I truly consider Notre Dame my home and I can’t wait to come back to play for the Irish!”

Kahanu had received offers to play at several West Coast schools that would have provided access to large Latter-day Saint communities and family connections. However, it was the hospitality found on the “Fighting Irish” campus and, of course, the school’s rich football tradition, that influenced his decision to play for Notre Dame. He told the Church News, “Notre Dame offered me a great combination of athletics and academics. . .. And I also felt that I needed to go somewhere that would get me out of my comfort zone.” 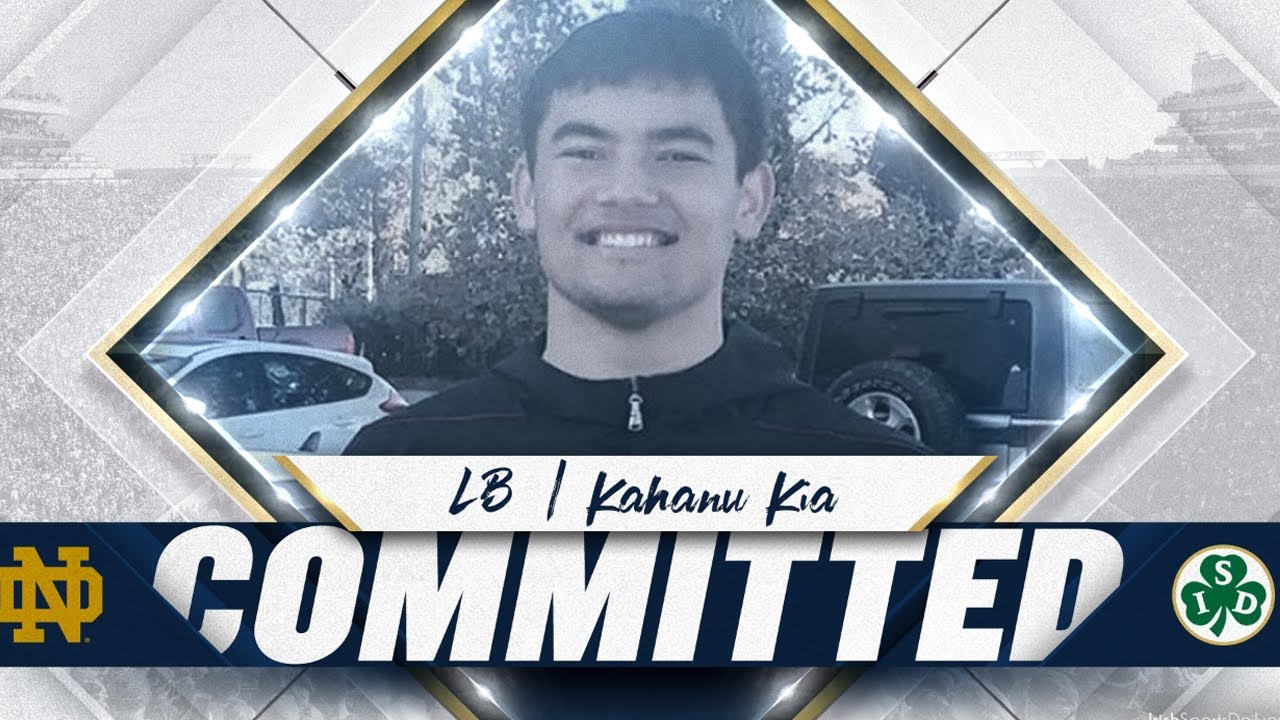 During his recruitment he was open with the Notre Dame coaches about his plans to serve a two-year mission. He says that they were supportive. He also mentioned that being a Latter-day Saint athlete and playing football at a Catholic school was different but not necessarily difficult. After all, football is still football, and good people can be found anywhere. He admitted that “Sometimes I would have to explain things to others about my religion… but I got along with everyone, and everyone respected my beliefs.” 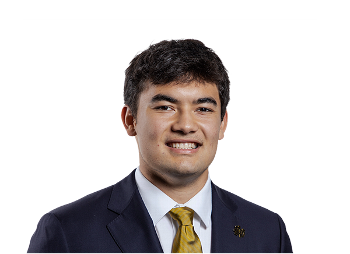 Playing the 2021 season for the highly-ranked Fighting Irish offered Kia a taste of big-time college football — including nationally televised games, a huge fan base, and a New Year’s Day bowl game. He also established himself on the defensive side of the ball with his teammates and coaches. He commented:

So, leaving to serve a mission was a hard decision… I had fallen in love with this team, made great friends and built relationships with the coaches. Notre Dame had become my home. But after a lot of prayer and talking to my branch president and my parents (Nate and Emmalei Kia), I came to know that a mission was what my Heavenly Father wanted for me.

Kahanu received further confirmation when he received an unexpected text from one of his position coaches who assured him that he was “going to be doing God’s work for two years” before returning to Notre Dame football. Kahanu said, “I need that spiritual growth as well by taking two years off to gain a stronger testimony of Christ and His Atonement.”