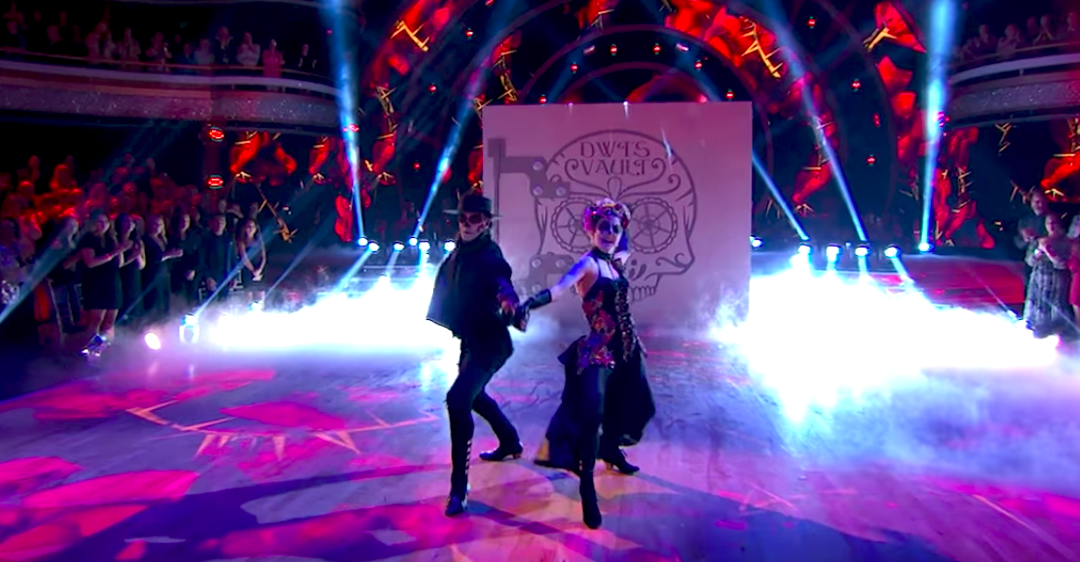 Dancing with the Stars contestant Lindsey Stirling was afraid that her rib injury would force her to forfeit the competition, but she pushed through the pain long enough to get through her performance with Mark Ballas and even a second dance performance with three other front-running couples.

After her pasodoble dance with Mark Ballas, host Tom Bergeron asked, “On the night when you’re already in pain, you’ve got a team dance coming up. Are you up for it?” Lindsey nods and says she is.

The judges could tell she was hurting, but Lindsey remained unwilling to give up. She and Mark have gotten so far. There are only 6 couples left and the voting is open. Her partner Mark commented on Monday night’s show, “She’s a tiger. She came out here a true warrior. I’m so proud.”

Lindsey credits her success to someone other than herself, however.

Thank you for everyone who prayed for me. I felt those prayers pull me through this painful performance.
Pls vote! https://t.co/HO5d3rGPqp pic.twitter.com/YeqkkfovrM

Stirling knows it’s a miracle she’s able to continue. And we’re so glad because all of her performances have been incredible. The fans are hoping she’s able to heal before next week’s show.

Vote for your favorite star on ABC.com!