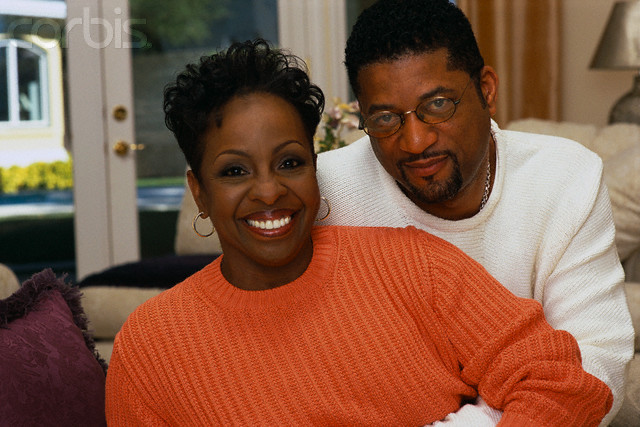 Gladys Knight is an American singer-songwriter, actress, businesswoman, humanitarian, and author. When most people hear the name Gladys Knight they perhaps think of the soulful musical combination of Gladys Knight & the Pips. The group consisted of Gladys, her brother Merald “Bubba” Knight, and her cousins Edward Patten and William Guest Knight. The group is long remembered for such 1960 and 1970 classic songs as “I Heard It through the Grapevine,” “Neither One of Us,” “Midnight Train to Georgia,” “If I Were Your Woman,” and “You Are the Best Thing that Ever Happened to Me,” just to name a few of her many hits for both the Motown and Buddah Records labels. She is a seven-time Grammy awards winner (four as a solo artist and three with the Pips.) She is currently ranked number eighteen in the 2005 Guinness Book of World Records’ list of the most successful female musical artists of all time. It is no small wonder that she is known as the “Empress of Soul.”

But, the success that Knight has achieved through the years in the music industry is only part of her story. There is another side of the story that people may not be quite as familiar with, and that is the story of her new found faith. When she now sings the song “You Are the Best Thing That Ever Happened to Me”, the “You” that she refers to is her Lord and Savior, Jesus Christ. What many people may not know is that Gladys Maria Knight is a member of The Church of Jesus Christ of Latter-day Saints (inadvertently referred to as the Mormon Church by the media and others.) 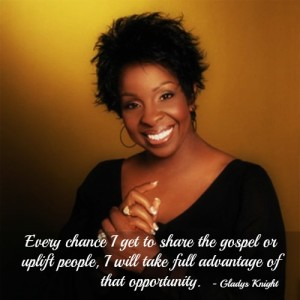 Gladys Maria Knight was born on 28 May 1944 in Atlanta, Georgia. She is the daughter of Sarah Elizabeth (née Woods) and Merald Woodlow Knight, Sr., who was a postal worker. She was raised in a sound Christian home, and both of her parents were singers in the “Wings Over Jordan” gospel choir.

Knight’s musical journey began at a very early age. In 1948, at the tender age of 4 years, she made her solo singing debut at the Mount Mariah Baptist Church in Atlanta, Georgia. At the age of 7, she won the Ted Mack’s Original Amateur Hour TV show contest. In 1952, at the age of 8 years, she formed the group “The Pips” which was named after her cousin James “Pip” Woods. The group consisted of Knight, her brother Merald (“Bubba”) and her sister Brenda, and two of her cousins, Elenor and William Guest. Brenda and Elenor left the group to get married and were replaced by another cousin, Edward Patten, and a friend, Langston George. George left the group by 1960.

Knight was the lead vocalist of the group, and the Pips provided the melodious harmonies and energized dance routines. The group soon gained popularity on the “Chitlin Circuit” in the South, and opened for such well-known acts as Jackie Wilson and Sam Cooke.

In Search of Truth

Knight achieved astronomical success with the Pips and as a solo artist, and still performs for audiences around the world today. So, the question that begs an answer is how someone as popular and well-known as Gladys Knight was introduced to gospel of Jesus Christ.

Knight’s story actually begins with her oldest son, Jimmy Newman. Jimmy, who graduated from the University of San Diego in 1984 at the age of 22 with a degree in business, was at that time, the manager of his mother’s group, Gladys Knight and the Pips. He and his wife Michelene were both raised Catholic and were married in the Catholic Church, but as they started their family, they began a quest to find a new religion. He and his wife explored several churches, but none seemed to be the right fit. They continued to search and earnestly sought the Lord in prayer for direction and guidance to a religion that would teach them true doctrine.

They were living in Las Vegas, Nevada at the time, and one day they noticed that some new neighbors had moved in across the street from them. Their new neighbors, David and Maria Sigler, also had two small children, a 6 year old and a 3 year old, the same age as their own two children. The families soon became close friends, and the Sigler’s later explained to Jimmy and his wife that they were members of The Church of Jesus Christ of Latter-day Saints.

On the way to the Las Vegas airport to drop Jimmy off for a flight to one of his mother’s weekend concerts, David gave him a copy of the Book of Mormon to read. Jimmy and Michelene soon began taking the missionary discussions. They gained a testimony that what they were being taught was true, and the Spirit testified to them that the restored gospel of Jesus Christ contained the true doctrine that they had been searching for. On 25 February 1989, Jimmy and Michelene Newman were baptized into The Church of Jesus Christ.

Sharing the Message of the Good News 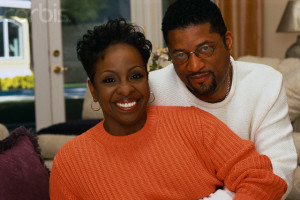 What Jimmy had discovered was too good to keep to himself, and so he began to delicately share the message of the gospel with his sister Kenya. Kenya, an accomplished businesswoman in her own right, often accompanied her mother and Jimmy on business trips. Shortly after his baptism, during one of those trips, he sat on the airplane next to his sister and opened the Book of Mormon and began to read it. Kenya was a bit perplexed when he told her that he was reading his scriptures, and she could plainly see that he was reading from some other book than the Holy Bible. He began to share the message of his new found faith with his sister, and one year after he had been baptized, she and her husband, Jim, were baptized in March 1990.

The two siblings soon began sharing the message of the gospel of Jesus Christ with their mother, a devout Christian. They began inviting her to attend LDS church meetings, and sometimes she would be invited to address the youth groups.

Choose the Right – Guard Your Testimony

At one point in his business management career, Jimmy also managed Robert Sylvester Kelly (R. Kelly) for a short period of time. However, after being unsuccessful in persuading Kelly to tone down his lyrics, as Jimmy felt that they were inappropriate for younger audiences and ran contrary to his personal beliefs, he made the decision to cut ties with Kelly in spite of the monetary loss that he suffered.

Shortly thereafter, Jimmy was called to serve as the priest advisor in the ward (congregation) he was attending. He spoke to the youth and told them that even though he had walked away from a fortune as R. Kelly’s former business manager, he felt that he had done the right thing by not damaging his testimony, sending mixed messages to his family, or searing his own conscience.

An Influence for Good

Jimmy and Kenya’s examples had a positive influence on their famous mother. Despite all of her fame and recognition in the music industry, Knight felt that there was still something significantly missing in her life. She had been raised in a good Christian home, but she desired to be a better person than she was – a more spiritual person. She had a heart desire to want to live with God forever. She questioned in her own mind what happens after death, but there seemed to be no one who could answer her questions satisfactorily. She even began searching for answers in different religious, and was becoming spiritually frustrated. It was because of the righteous examples of her children and their spouses that Knight finally agreed to meet with LDS member Ron Strobelt who was able to provide her with the answers that she had long been searching for.

Sharing the Gospel Message through Music

In June 2000, just two short years later, Knight was invited to sing at the 90th birthday celebration of Gordon B. Hinckley, the 15th President and Prophet of The Church of Jesus Christ.

She had occasionally teased President Hinckley that his flock needed to inject some “pep” into their music.  At the conclusion of the birthday program, Sister Knight walked with President Hinckley to the podium in the Conference Center (filled to its 21,000 capacity), and said, “President Hinckley, if it is okay with you, I would like to clarify something. I love the music of this Church as I love this Church. It is just that I knew when I came I may have a little withdrawal, because of the foot-stomping and hand clapping that I am used to!” [1]

Eager to share the gospel message, and mindful of her mother’s admonition that her music was a gift from God to be freely shared, Gladys watched for opportunities to simultaneously share her music talents and her testimony. [1] In 2002, she formed the Saints United Voices (SUV) Choir in Las Vegas. The choir performs gospel music in free concerts held in LDS churches and on television. The Choir has also recorded several CDs with their first CD titled One Voice earning a Grammy.

“Except for a few, these wonderful people had never sung gospel music before,” says Gladys of her new choir members. They were also not accustomed to singing without sheet music.  Given only the words to the hymns typed in paragraph form, the choir learned to sing the songs by following Gladys.  “All they get is the lyrics because I don’t want anybody reading notes on paper.” [1]

A Grammy nomination is always an honor, but this means even more to me because I share it with my choir. We worked hard making this album for the Lord. It’s wonderful that it also pleases the music industry. [1]

Sadly, Jimmy Newman, the son who helped bring Gladys the restored gospel of Jesus Christ, died in 1999, two years after her baptism. He was just 37 years old (1962–1999). Her testimony of the purpose of life and the plan of salvation were spiritual gifts that helped Gladys recover from the loss of her beloved son. [1]

The restored gospel of Jesus Christ has brought great peace and joy into Knight’s life. It is a peace that passes all understanding. The Light of the gospel shines through her and people notice the new radiance about her to which she comments:

“Since I joined the Church, I desire to be more and more obedient to God. As I do so, many people say to me, ‘I see a light in you more than ever before. What is it?’ … During one performance at Disney World … [a member of the audience asked,] ‘Could you please tell us … how you got that light?’ The question was direct. So I gave a direct answer: ‘I have become a member of The Church of Jesus Christ of Latter-day Saints.’ To the surprise of some of my friends watching the show, the audience suddenly burst into applause” (Why I Believe, Bookcraft, 2002, quoted on LDS.org Newsroom). [1]