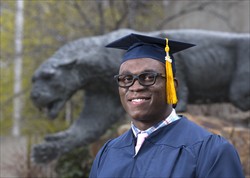 The NFL Draft begins Thursday, 25 April 2013, in New York. With that, Kenneth Arthur reporting for SB Nation states that there is a lot to think about, including a question about the birth certificate of Ezekiel “Ziggy” Ansah, a member of The Church of Jesus Christ of Latter-day Saints, a Ghanaian-born American football player who plays the position of defensive end for the BYU Cougars, and who also happens to be considered one of the top prospects in the draft. 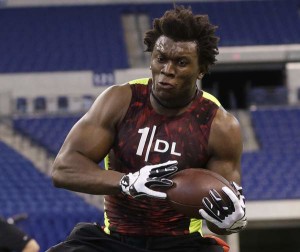 The following information about Ansah’s early life was obtained from Wikipedia.

Ansah is the youngest of five children. His father, Edward, was a sales manager for a petroleum company, and his mother, Elizabeth, was a nurse. As a youth, Ansah had never seen American football. He grew up playing soccer and was an avid basketball fan. It was during a pickup basketball game at his local school where he first met missionaries from The Church of Jesus Christ of Latter-day Saints. He was baptized at the age of 18. The Mormon missionary that had baptized him kept in touch after returning to the United States and suggested to Ansah that if he were serious about playing basketball, he should come to Brigham Young University and try out for the basketball team.

Ansah accepted the opportunity, and applied to and was accepted at BYU after receiving an academic scholarship in 2008. He tried out for the team twice, but was cut from the 2008 and 2009 teams. However, he did not allow his not getting chosen for the team defeat him. Determined to be actively engaged in athletics, he was able to walk on to the BYU track team, where he ran a 10.91 in the 100-meter dash in addition to clocking a time of 21.89 seconds in the 200 meters. He eventually tried out for the football team and began playing for the BYU Cougars in 2010.

A Question of His Age

According to the article by Kenneth Artur, reporting for SB Nation:

Ezekiel “Ziggy” Ansah is a raw prospect that has risen up draft boards as also having ridiculous upside as a pass-rusher, but there has been some question about his age. Listed as 24 on his passport, some teams felt that he looked “old in the face” at the combine. At this point, it seems to be fluffy speculation and not a real concern. [1]

Per ESPN’s Chris Mortensen (via Rotoworld.com), some teams believe Ansah looked “old in the face” at his Pro Day workout.  (Greg Oden doesn’t know what that means.) Mort reports that Ansah has sent his passport to a “select group of teams,” which shows that he’s 24. [2]

At this juncture, the possibility of anyone thinking that Ansah’s passport has been forged is highly unlikely, affording him the opportunity to become one of the next NFL Draft picks.

Road to the NFL Leads to the Detroit Lions

A news release from Brigham Young University states, “On the same day he graduated from BYU, Ezekiel “Ziggy” Ansah was selected with the 5th pick in the NFL draft by the Detroit Lions.” Ansah, who hales from Accra, Ghana, had never played American football prior to coming to Brigham Young University (BYU). He recalls not even knowing how to put on his uniform correctly and having to have a teammate help him at  first. The news release credits “Ziggy’s attitude, intelligence, physical ability and resilience” which “allowed him to progress in short order to an elite player and projected first-round NFL draft pick.”

Ansah is set to graduate from BYU with a degree in actuarial science, and a minor in business.  “BYU is always going to be in my heart,” he says. “I didn’t just come through BYU. BYU went through me.” [1]

The Detroit Lions have a preseason NFL opener game against the New York Jests scheduled for Friday, 9 August 2013.  According to the Detroit Free Press, the Detroit Lions’ unofficial depth chart, released on Monday, 5 August 2013, listed rookie player, Ezekiel “Ziggy” Ansah, as a starter at left defensive end, which is a switch from the position of right defensive end which he has played throughout training camp.

Jim Schwartz, coach for the Detroit Lions, stated that the true test of Ansah’s athletic prowess will be displayed during the preseason game against the Jets.

It’s hard to gauge stuff in training camp,” the coach said. “I think we’ll see progress when we start to get in to preseason games and we start seeing those guys play. It’s very, very difficult to rush the passer and avoid the quarterback. You’re telling guys to run as fast as they can and try to beat the offensive line, but stay away from the quarterback. It’s like telling someone to run the hundred-meter dash and stop at the finish line. [2]

Ziggy is a freak,” Tulloch told DetroitLions.com. “He’s a raw player but very instinctive. He can read screens very well. Runs to the ball very well. He’s just a real good athlete. He reminds me of a young Jevon Kearse when Jevon was back in Tennessee. (Kearse) could just fly around. You can tell (Ansah) needs some more work, but he’s definitely a good pickup for us. [2]