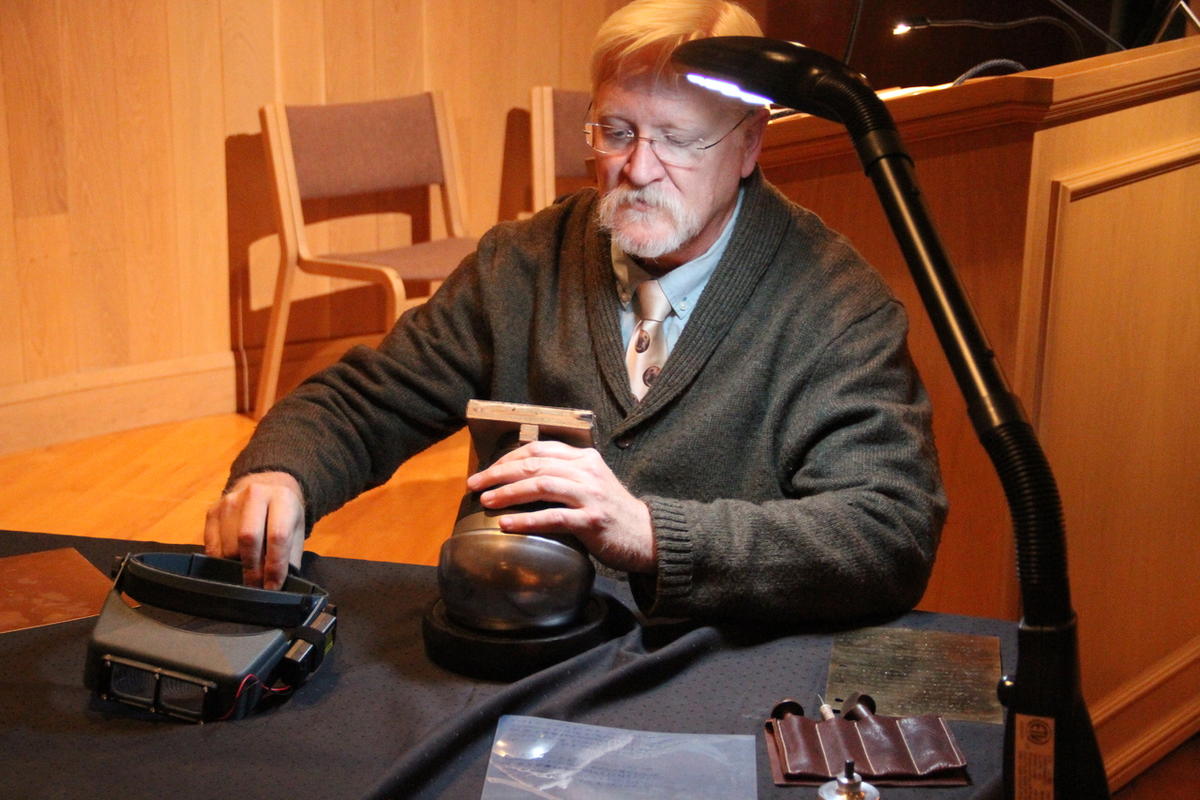 Artistic representations of the golden plates within the LDS community is not uncommon, but Gordon Andrus took a special take on his replica. You can see it on display at the Church History Museum in its The Heavens are Opened exhibit.

On September 21, 2017, Andrus and his wife spoke at a special evening event at the museum and shared intriguing details about the process of the project. 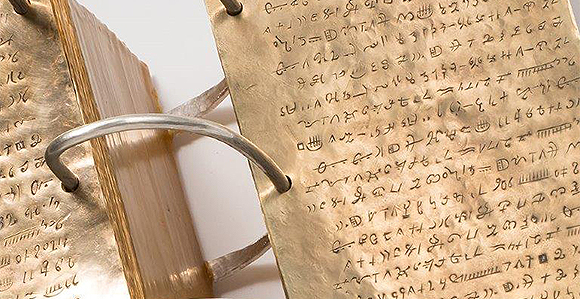 Andrus’ replica on display in the Church History Museum

“The exhibition team and Gordon himself felt that we should stay as close to the eyewitness accounts as possible, looking to Joseph Smith’s descriptions most often,” Maryanne Andrus said. “But herein is one of the challenges of this project. Joseph was reticent about many of the finer details of both the plates themselves and of the translation process.”

“I worked at all the physical facets of making a set of replica plates with the hope of honoring these artisans of long ago. As my wife, Maryanne said, ‘make Mormon look good!’”

The Andruses looked at the sample of handwritten characters believed to have been transcribed from the golden plates by John Whitmer from a fragment owned by the Community of Christ. (For those of you who were not aware, John Whitmer was excommunicated in 1838 for financial wrongdoing, along with W. W. Phelps, but rejoined the Mormon community near the end of his life.)

“We also referenced an image of some writing done by Joseph’s main scribe,

Oliver Cowdrey,” he said, explaining that Oliver once penned four characters and wrote out an English translation of each.

In the 2007 New Era, Kirk B. Henrichsen published an article about the golden plates that Joseph Smith translated from reformed Egyptian into English. Within the article are included several quotes from contemporaries of the Prophet who were able to see the plates and record their observations.

With several descriptions included in the article from the 11 special witnesses of The Book of Mormon and other testimonies given by Joseph and Emma Smith, Andrus was able to more accurately replicate the golden plates.

But Joseph Smith never said that the plates were made of gold—only that they had the “appearance of gold.” 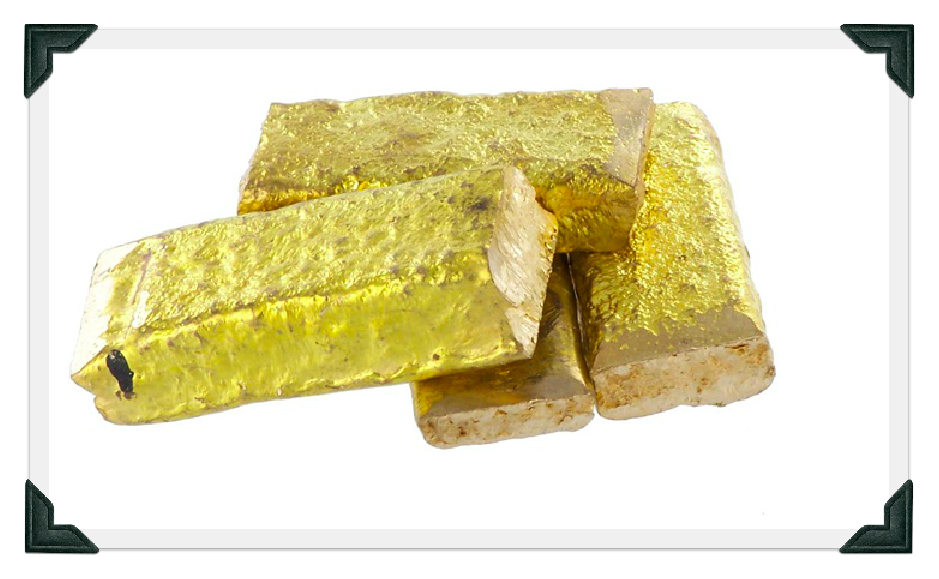 To stay true to the description and the reality of the probable material used to create “The Gold Bible” (as Joseph’s enemies called it), Andrus used rolled jeweler’s bronze.

“I had to hammer the smooth plates, planishing the surface to look like that of plates forged from an ingot of metal,” he said. “Every plate was hammered around all four edges to give some variance to the look of the stacked plates. The three plates that are fully engraved were hammered over their entire surface and from both sides to keep the stresses of the metal more even.”

It was no simple feat, but Andrus explains that he is now able to better appreciate the work, planning, and effort that the ancient Nephite prophets put into their record keeping.