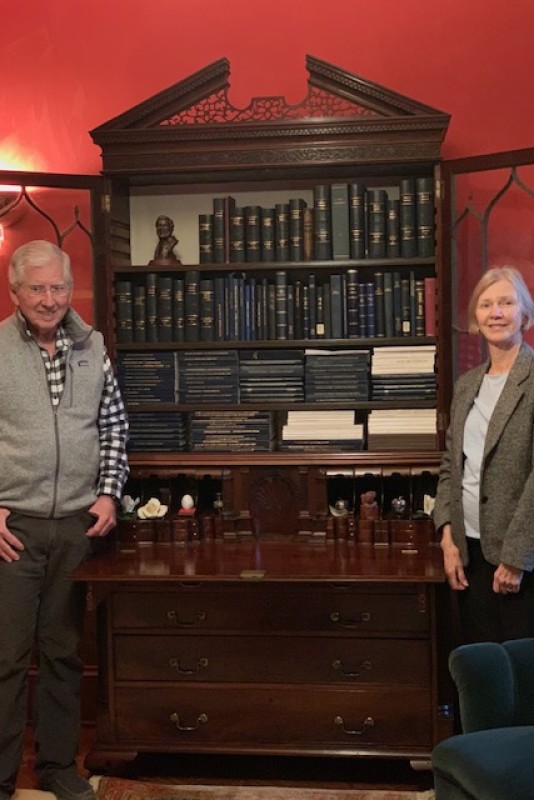 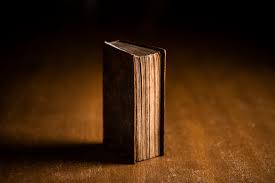 Carolyn Potter Ingersoll and her husband, William Boley Ingersoll, are members of The Church of Jesus Christ of Latter-day Saints (often referred to as “the Mormon Church”). The couple recently donated 149 first editions of Book of Mormon translations to the L. Tom Perry Special Collections department of the Harold B. Lee Library at Brigham Young University (BYU) in Provo, Utah.

It all started in the 1970s. Carolyn and William had no intention of being among the world’s foremost private collectors of rare editions of the Book of Mormon. One afternoon, while on a pleasure outing with some friends in Baltimore, Maryland, looking for antique furniture, they stumbled across an antique shop that had a book display.

William told BYU News, “Our friend mentioned that a relative had found an original copy of the Book of Mormon, and wouldn’t that be neat to find in someplace like this? He no more than said that and I turned around and there was a Book of Mormon.” Carolyn recalled, “It was really an extraordinary coincidence.” The couple could not pass up buying the 1830 first edition of the Book of Mormon, so they purchased it on the spot for $6,000. 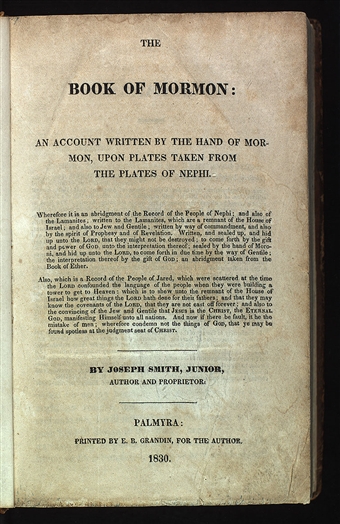 As the years passed, Carolyn and William acquired other 1830 first editions of the Book of Mormon, with a goal to find first editions of the Book of Mormon in all 149 translations. One of their favorite things to do was to show their collection, which was housed in an 18th-century secretary bookshelf, to missionaries when they came over for dinner. William told BYU News, “I mean, their jaws would drop especially when they saw the 1830 edition.”

Greg Seppi, BYU assistant librarian and curator of Mormon and Western Americana, said that the collection will be put to good use. He told BYU News, “We previously had only a single copy of most of the editions the Ingersolls donated. We now feel much more comfortable putting the books in public hands. Visitors come to BYU from all over the world, including students, researchers, and visiting dignitaries. For many, holding a first edition of the Book of Mormon printed in their nation or language is an incredible experience.”

At the time of finding their first original 1830 edition of the Book of Mormon, Carolyn and William were raising a family in the Washington, D.C., area. Both are graduates of Brigham Young University and had forged a deep love for the Book of Mormon during their adolescence. William said, “I thought it would be a neat thing to get for our kids.” 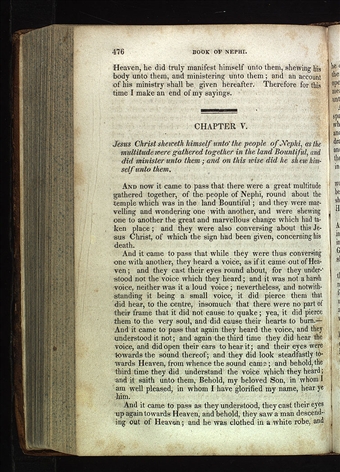 In fact, their children were nearly grown before the collection blossomed. After their first discovery in Baltimore, William commented, “it took probably 8 to 10 years to get the second one, and another 10 years to get the third.” He further commented that “the prices just kept going up and up. But we did manage to get first edition copies. I thought, ‘Maybe we should start collecting the first editions in all the different languages.’”

Carolyn and William have gifted several 1830 editions to their four children and 10 grandchildren. It is because of their family’s love for the collection that the they decided to give it away to BYU. Their daughter, Courtney Ingersoll DeMordaunt, said, “They’ll be able to see the fruits of their labor in their lifetime. Their grandchildren and great-grandchildren will come to see this collection.” Courtney’s husband, Lorin, said, “They’ve exemplified a life of service, and this is just another example of that.”