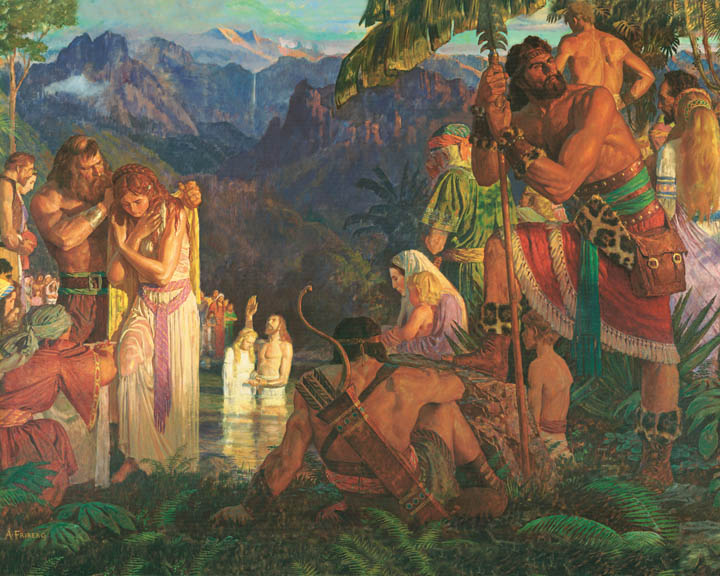 According to a recent Deseret News article  titled ‘Ten Commandments’ exhibit to commorate Friberg’s 100th birthday by Tren Toone, artist Arnold Friberg is well-known for his 15 pre-visualization paintings used to promote the epic movie “The Ten Commandments” throughout the world, a project that he started in 1953 and completed 3 years later, as well as, his work as chief artist for filmmaker Cecil B. DeMille’s project. This year, Friberg Fine Art is celebrating the late artist’s 100th birthday with some special events related to “The Ten Commandments.” “We want to let people know it’s his 100th birthday this year,” Gary Fornia, marketing director for Friberg Fine Art, said. [1]

‘The Ten Commandments’ Artwork Will Be on Display at The Gateway 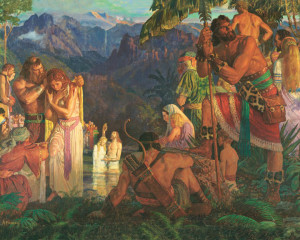 The first special event to celebrate the life and legacy of Friberg, who died in 2010, is a free e-book download of “The Stories of Moses and the Ten Commandments” from the Friberg Fine Art website, Friberg Fine Art.com, with the Bible stories being illustrated with Friberg’s art.

Later this year, Friberg Fine Art will showcase more than 75 of the artist’s paintings at The Gateway in Salt Lake City. Included in the exhibit will be Friberg’s 1975 painting “The Prayer at Valley Forge,” which depicts George Washington kneeling in prayer in the snow beside his horse. The 15 original “Ten Commandment” paintings as well as a series of sketches that Friberg created for the movie will also be on display. The exhibit will open Oct. 1 and run through Jan. 1, 2014. “The celebration of his life and legacy culminates with the art exhibit. It’s a 90-day show, New York style museum, professionally curated, going on a multi-city, multi-year tour, and it starts here in Salt Lake,” Fornia said. [1]

Friberg was commissioned to produce 12 scenes from the Book of Mormon, according to a May 21, 2012, Deseret News article titled Insight into Arnold Friberg’s Book of Mormon paintings, also by Trent Toone. “Friberg produced the first eight paintings in the early 1950s before taking a break to work with DeMille on ‘The Ten Commandments.’ In 1957, Friberg returned to Salt Lake City to complete the last four,” Toone wrote in his 2012 article.

No one could have suspected that these artistic [Book of Mormon] works would be so inspirational, and that the LDS Church would eventually reproduce them in copies of the Book of Mormon that were translated and sent out worldwide—in addition to hanging in the Book of Mormon gallery at the Conference Center in downtown Salt Lake City. [2]

Although the exhibit at The Gateway will not open until October, Friberg’s magnificent Book of Mormon paintings are on permanent display at the Conference Center at Temple Square, which is open for tours daily.

Carolyn Dominy, the executive director of Friberg Fine Art, said, “Friberg’s family is excited to celebrate his life’s work at The Gateway exhibit. It’s really a joy for us to be able to show what one man did during his lifetime, what he was able to accomplish. We hope it’s really an encouragement to other people that if you have a dream, it’s never too late to pursue it.” [2]

Defending the Book of Mormon