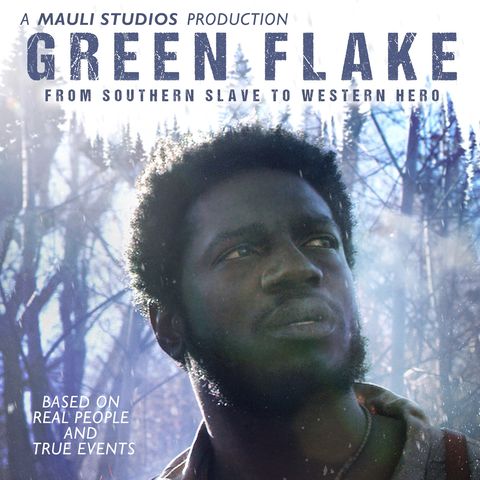 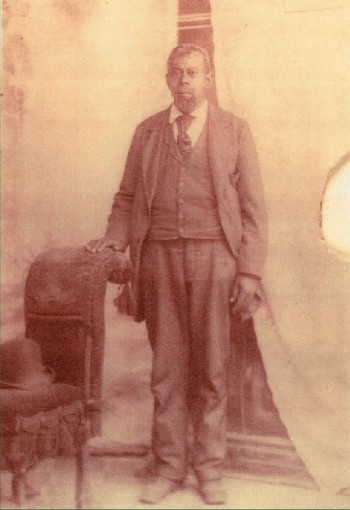 The 24th of July is the day that is set aside in Utah to commemorate the arrival of the first pioneer settlers into the Salt Lake Valley. Among the early pioneers, names like Brigham Young, Wilford Woodruff, Heber C. Kimball, Orson Pratt, and Orrin Porter Rockwell are well-known. However, there is one original 1847 Latter-day Saint pioneer that many people may not be familiar with. He was a slave named Green Flake.

Green Flake’s story is one of opportunity, tolerance, and celebration. He was born into slavery on the Jordan Flake plantation near Wadesboro, Anson County, North Carolina, on 6 January 1828. Jordan’s son, James Madison Flake, took Green to Mississippi to help colonize the land being vacated by the forced relocation of the Five Civilized Tribes (Cherokee, Choctaw, Chickasaw, Creek, and Seminole Indians). In 1944, while in Mississippi, James, his wife, Agnes Love Flake, and their slaves met Elder Benjamin Clapp and became members of The Church of Jesus Christ of Latter-day Saints (often referred to as “the Mormon Church”). Green was baptized by Elder Clapp on 5 April 1844. 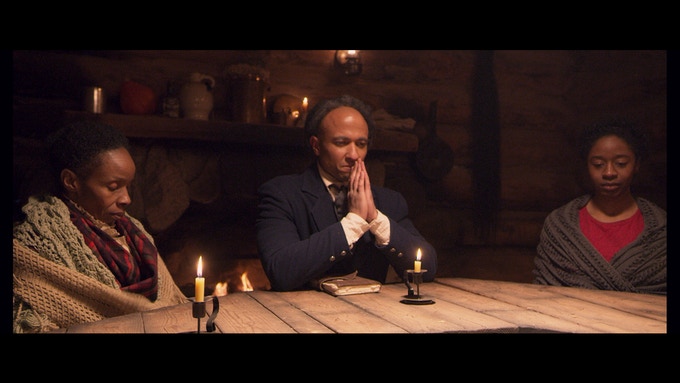 The Flakes later decided to migrate to Utah with the rest of the Saints. They sent Green along with Brigham Young’s first company to help with the hard work. Green and his fellow slaves, Oscar Crosby and Hark Lay (later Wales), worked alongside the other pioneers as they journeyed west. When the first company of Saints left for the Rocky Mountains, the three slaves were sent ahead with the vanguard pioneer company of 143 men, 3 women, and 2 children who made the journey from Winter Quarters, Nebraska, to Utah in 1847. They were to prepare homes for the families at their destination.

Shortly before the group crossed into Emigration Canyon, Brigham Young became ill.  He sent Green Flake, Hark Lay, and Oscar Crosby with an advance party to pick the best route down the canyon and to help clear brush, trees, and rocks to make a “road” for the wagons. On 22 July 1847, Green drove the first wagon into Emigration Canyon, and when Young arrived in the valley on 24 July 1847, Green had already planted crops. When James and Agnes Flake arrived in the Salt Lake Valley in October 1848, they found that Green had built them a comfortable log cabin in the South Cottonwood area of the Salt Lake Valley. 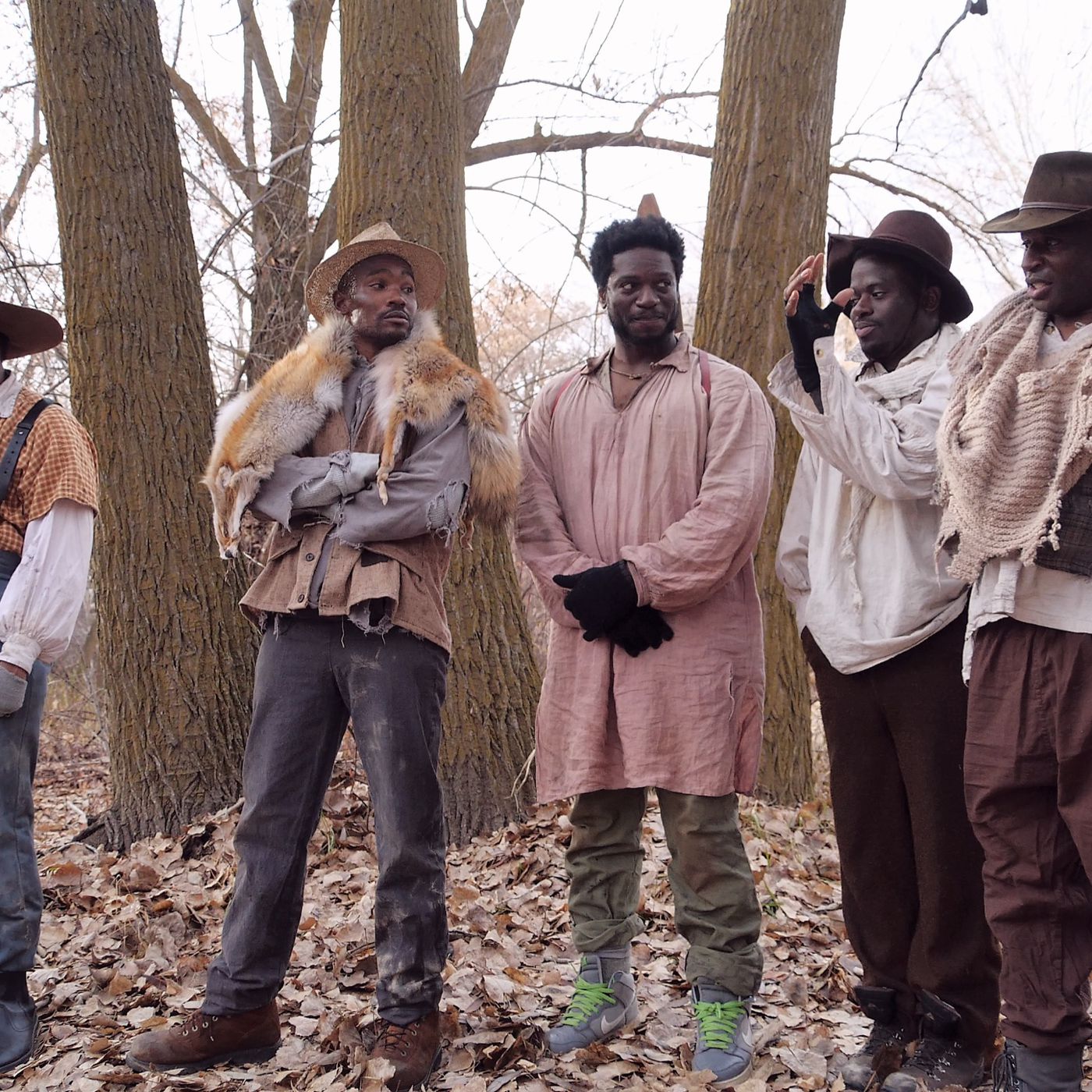 In 1850, James Madison Flake was killed in a farming accident. Three years later, his widow and her three young boys decided to go to settle in San Bernardino, California. She left Green behind as a tithing offering to the Church. He worked for Brigham Young and Heber C. Kimball for two years and then was granted his freedom.

Around 1850, Green married a former slave named Martha Crosby (the half-sister of Hark Lay) and the family settled down in the community of Union, which is around 7200 S. and 900 East now, into a full life of farming and growing fruit. The couple had two children, Lucinda, born in 1854, and Abraham, born in 1857. Green also became a well-respected leader among the small community of African American families. He was also an active member of the Union Ward. According to the 1860 U.S. Census, the entire Flake family were listed as free residents of Union County, Utah Territory. 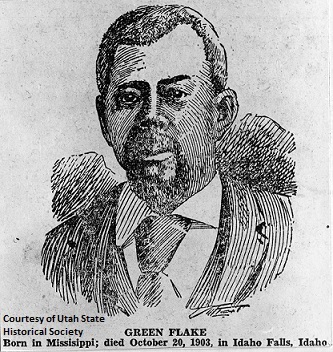 In 1897, during the Utah Semi-Centennial Pioneer Jubilee, a newspaper account described the surviving pioneers and proclaimed, “one of the most interesting of these old-timers was Green Flake, the only colored survivor of the band of ’47. Green is a vigorous, broad-shouldered, good-natured, bright old gentleman, long a resident of Salt Lake County, but now living at John Gray’s Lake, Idaho. He wears glasses, but that is the only sign of old age about him. His voice might do for a trumpet, and he steps off like a West Pointer when he walks.”

Green Flake died in Gray’s Lake, Idaho on 20 October 1903, at the age of 75. He was buried in Union Cemetery in Salt Lake City next to his wife, Martha Crosby Flake who died in 1885. Above his name is etched in now weather-worn and barely legible text: “In my Father’s house are many mansions.” 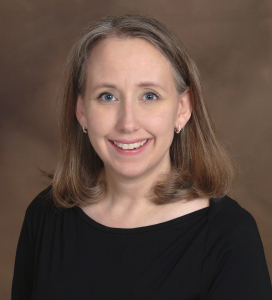 All these intriguing events, and more, in the life of Green Flake, will be covered in a forthcoming film titled “Green Flake” and book titled “Slavery in Zion.” Green Flake’s story is coming to light just as the Black Lives Matter movement is sweeping not only across the nation, but it also has an auspicious impact on the world.

The Deseret News reports that the fact that Green Flake’s life matters, is what inspired Latter-day Saint filmmaker Mauli Junior Bonner and Latter-day Saint historian Amy Tanner Thiriot to want to tell his story. The film was two years in the making and is now wrapping up production and will soon be distributed to major streaming services like Hulu, Netflix, Amazon, and others. The book was eight years in the making and is in the final editing stage. It will be published by University of Utah Press.

Thiriot said, “Green Flake was a kindly man who understood his place in history. He knew what he did was important, but while he could stand up and talk on Pioneer Day — often during his lifetime the wards would have him come and talk about his experience as part of the first company — his family was marginalized in society. So, he kinda straddled both worlds: the pioneering hero of the marginalized minority.” 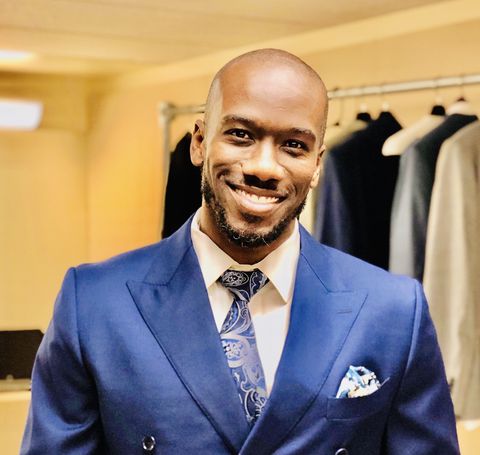 Mauli Junior Bonner who lives in the Los Angeles, California, area is a member of the renowned Bonner family. The Grammy-award winning songwriter and musical producer did not learn about Green Flake until he performed with his family at the Be One celebration, which was hosted by The Church of Jesus Christ of Latter-day Saints in June 2018. The celebration commemorated 40 years since the church’s priesthood ban was lifted.

He said, “I realized how little of the history I knew. There were so many (of the slaves) I wanted to write about, but I was drawn to Green Flake. . . .I felt it was my duty, not just as a Black man, but a Black member of the Church, to add it to the history of America and the history of the Church. The fact that they are slaves — that might take a minute to let that sink in. But, yes, now let’s learn about it, and let’s tell the full history that built this church.”

Mauli Bonner added, “I’ve been asked, as a Black man in the church, ‘Why do you stay, after these stories that you’re telling?’ And I say it’s because I believe it’s true, and this is my church. I’m not going to leave this country because of its history. I feel the same way about the church.”

Here's our new single "Invincible" from the Green Flake Movie soundtrack, featuring many of your favorite artists.Join…