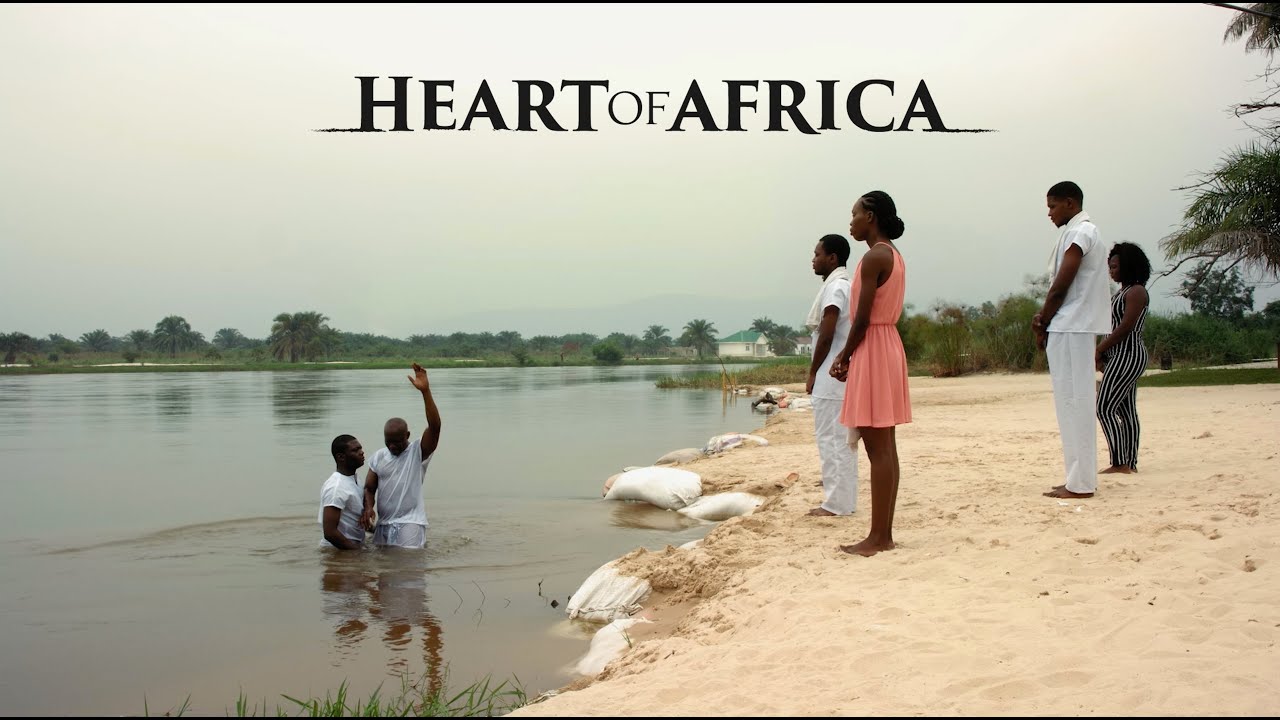 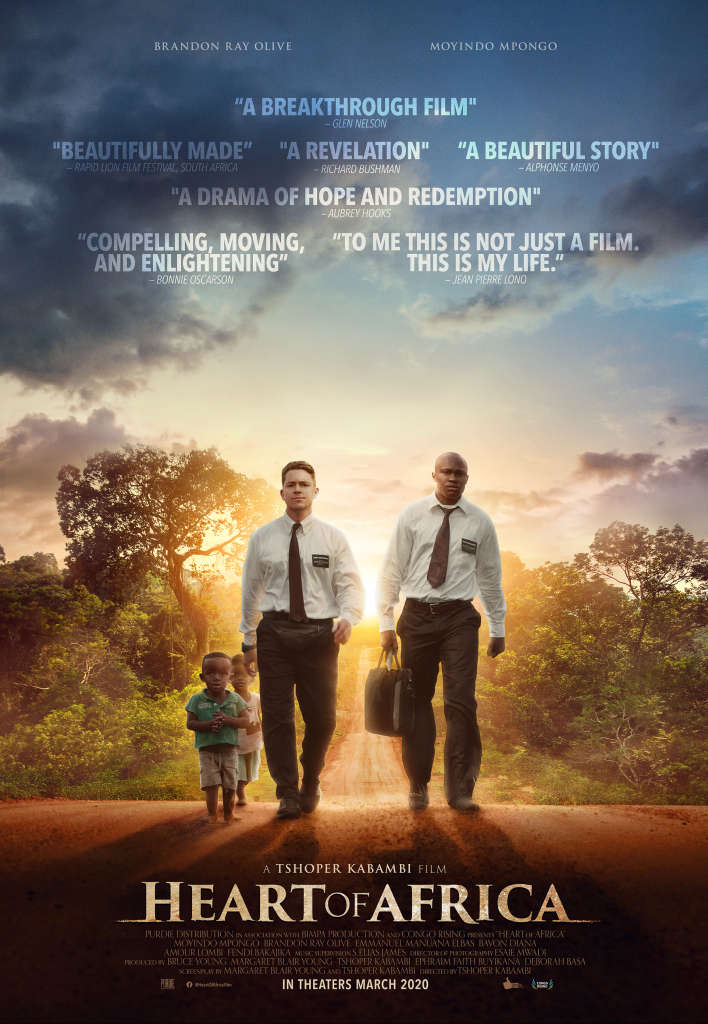 Gabriel Ngandu, a young revolutionary in the Democratic Republic of the Congo, is trying to escape the terrible mistakes of his past. Jason Martin, a young farm boy from Idaho, is also trying to escape a tragic, secret past. Both are called to serve as missionaries for The Church of Jesus Christ of Latter-day Saints (often referred to as “the Mormon Church”). As missionary companions, they must overcome many obstacles and challenges as their differences often stand in the way of them being able to do the work that they had been called to do.

This incredible story of courage and faith is told in the award-winning, groundbreaking, first-ever Congolese-American feature film, Heart of Africa. Moyindo Mpongo, a Congolese rapper, plays the role of Gabriel Ngandu, and Brandon Ray Olive, who portrayed Joseph Smith in the drama, Out of Liberty, plays the role of Jason Martin in this true-to-life portrayal. 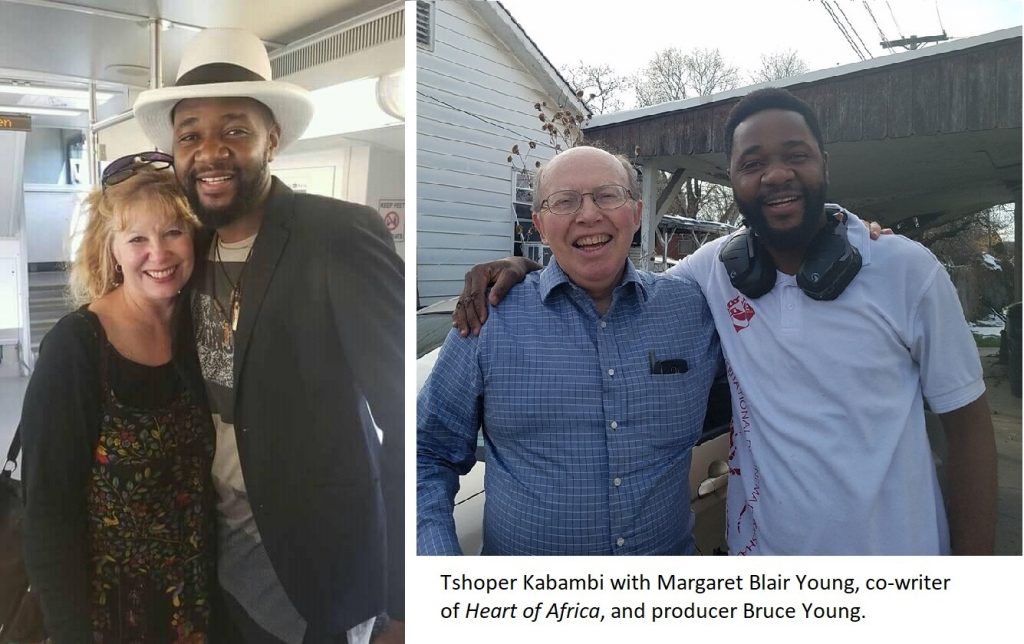 The film was written by Tshoper Kabambi, a producer, writer, and director who was born and raised in the Democratic Republic of the Congo, and Margaret Blair Young, an American author, filmmaker, and writing instructor who taught for thirty years at Brigham Young University. The film is based on the true story of former Congolese revolutionary Aimé Mbuyi who found new hope by converting to The Church of Jesus Christ of Latter-day Saints and served a mission with a missionary from Idaho. The events of Mbuyi’s life that are portrayed in the film took place less than 15 years ago. Discovering Mbuyi’s story opened the door that led to Tshoper finding new faith and becoming a member of the Church. 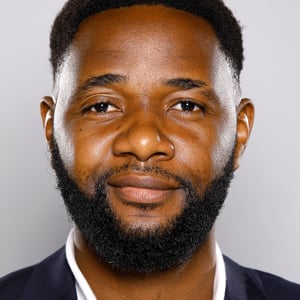 The making of the film was a true test of faith. Brandon Olive told the Deseret News, “It took an act of God to make this film. Tshoper had typhoid and malaria while directing. I had malaria and lost 20 something pounds in three weeks. Imagine what could go wrong and then multiply times 10, and that is what happened. … It was a dangerous thing to do, a risky thing to do and we were up against all odds. But there was nothing other than we have to finish the mission.”

The Deseret News reports, “The story conveys Christian themes of brotherly love and overcoming prejudice, along with forgiveness, reconciliation, and redemption.” Tshoper said, “The important message in this film is that even if we are different, even if we have different skin color or cultures, we can still work together for a better world and a better future.” Brandon added, “While the plot revolves around Latter-day Saint missionaries, it’s a film for people of all faiths because it’s ‘real life.’” He continued, “What spoke to me most was the humanity of it. The people in the story, while seemingly worlds apart, ultimately underneath it all, they were the same.” 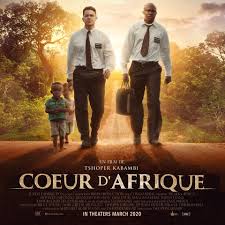 Heart of Africa was debuted in theaters earlier this year, but due to the COVID-19 pandemic, theaters were forced to close, and the run was cut short. As it is one of few if not the only feature film made by a fully Congolese team in the Congo, the film premiered in the Democratic Republic of the Congo.

Arthur VanWagenen, product director for Excel Entertainment and Deseret Book, said, “Heart of Africa is such an important film from a Black filmmaker who has dedicated almost everything to create and present it. Kabambi’s devotion to share this story can’t be overstated. In a true example of life imitating art, the film’s message of overcoming adversity by placing our lives in the Lord’s hands is now happening in real life for Tshoper. He came to the United States for the film’s release, and because of the pandemic, Tshoper has been unable to return to his family in the Congo.”

Proceeds from the film will help provide funds for humanitarian work and aid in the Congo, including causes such as education and self-reliance. In addition, proceeds will be used to help revitalize the film and cinema industry in the Congo.

For more information on Heart of Africa, visit heartofafricafilm.com. The film will be released on DVD and Blu-ray on Friday, 17 July 2020. The DVD and Blu-ray will be available at all Deseret Book locations, online and at additional retailers throughout the United States.