Jeremy Guthrie is called as a Mission President to Texas. 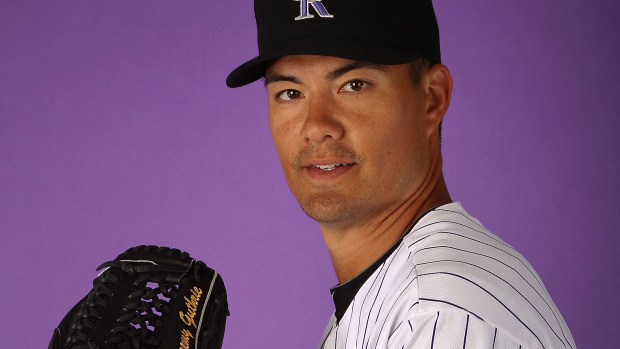 Jeremy Guthrie is a former MLB pitcher who has been called to serve as a Mission President in Houston Texas. He will be leaving July 2018 with his wife, Jenny Guthrie.

The LDS Church just recently called 111 new mission presidents to various missions around the world. Jeremy Guthrie was one of them. He was born in April 1979 in Roseburg, Oregon. He played many sports growing up and was valedictorian in high school. He started his college career at Brigham Young University but later transferred to Stanford as the team’s starting pitcher. Guthrie later played for the Cleveland Indians, Baltimore Orioles, Colorado Rookies, Texas Rangers, Washington Nationals and a few other teams. After a 15 year career, he turned down a 1M$ bonus to play with the Mets and decided to serve a mission for The Church of Jesus Christ of Latter-day Saints instead. 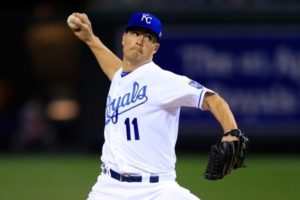 Guthrie and his wife were expecting to serve as senior couple missionaries. Senior couples serve together working together with the Mission President of the area they are called. They perform clerical duties, teach investigators, instruct institute classes, speak at firesides, and provide service for anyone in need. However, the Lord had bigger plans for the Guthries.

Guthrie had only been retired for one year before he was called as a mission president.

It is a big calling with a lot of responsibility. It takes the help of the wife as well. The wife bolsters her husband up as they work together to lead the missionaries of their area.

Jeremy, along with his wife, is expected to serve for 3 years. They have three kids that will be going along with them. An interview done by the Deseret News reports that they are very excited.

“We’re excited to go to Houston,” Jeremy says. “This is the next three years of our lives. … I am living proof that the Lord likes to work with the simple and weak sometimes. But hopefully, I can be someone who learns well and more importantly, is able to find his direction through the Spirit in all the many tasks that will be placed before me as a mission president.”

The Guthrie’s are looking forward to this next step in their lives. They have said that everyone has been so supportive. It’s not typical that a young 38-year-old is called as a mission president, but they are excited to step up to the plate.

In an article from Deseret News, Guthrie says “Everything you do in life is preparing you to meet God. I wanted to do what the Lord wanted me to do.”