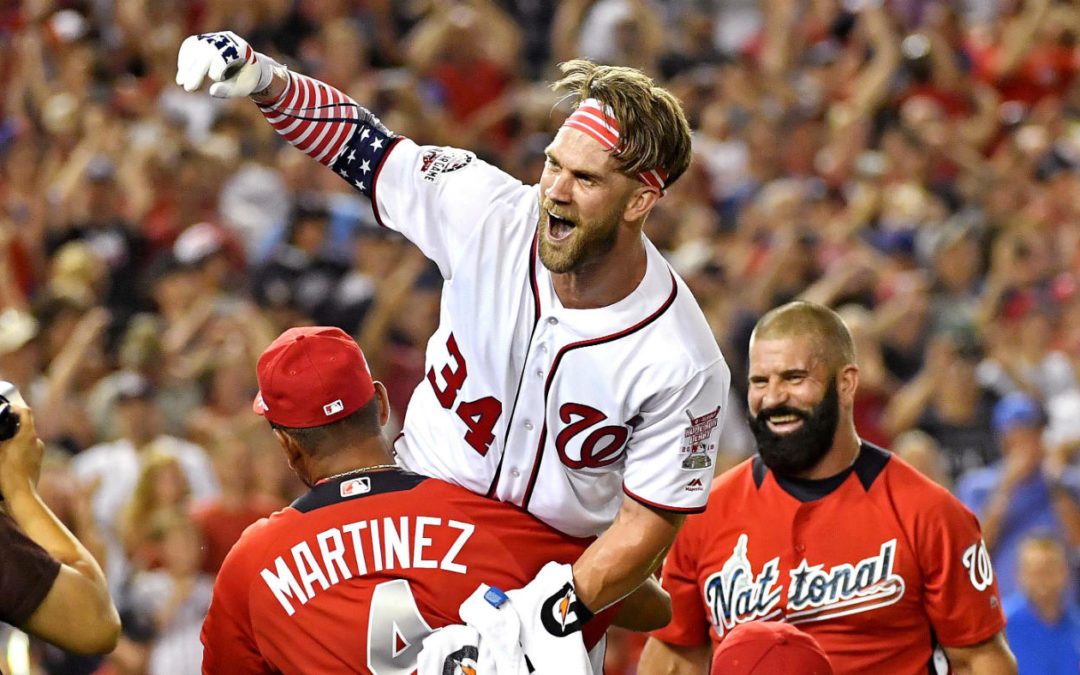 Bryce Harper is a professional baseball player.  He plays right fielder for the Washington Nationals of Major League Baseball (MLB).  He has won many titles in his baseball career but on July 17, 2018, he added another title after he won the 2018 T-Mobile Home Run Derby Competition. 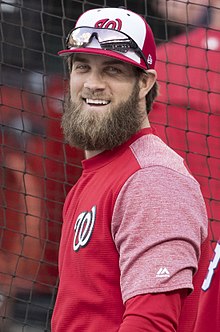 The Home Run Derby Competition is an annual home run hitting competition for Major League Baseball.  It typically happens the Monday before the MLB All-Star game. The event started back in the 1980s and has slowly evolved into what it is today.  Eight players are chosen to compete against each other for the trophy. Each of the players is given 4 minutes to hit as many home runs as they can.  In those 4 minutes, the players have the chance of winning extra time.  If they hit two home runs that are 440 feet or more then they can earn an extra 30 seconds of time to the clock.  Because of the excitement of the game, it is one of the most watched events that ESPN broadcasts.

Bryce Harper has been playing baseball his whole life.  He graduated from high school two years early in order to start his baseball career earlier.  After high school, he played for the College of Southern Nevada.  He only played for one year before being recruited to play for the Washington Nationals. He has been playing for them ever since and has been named the National Rookie of the Year (2012), and the Most Valuable Player (2015).  2018 is his last year on contract with the Nationals before entering free agency. 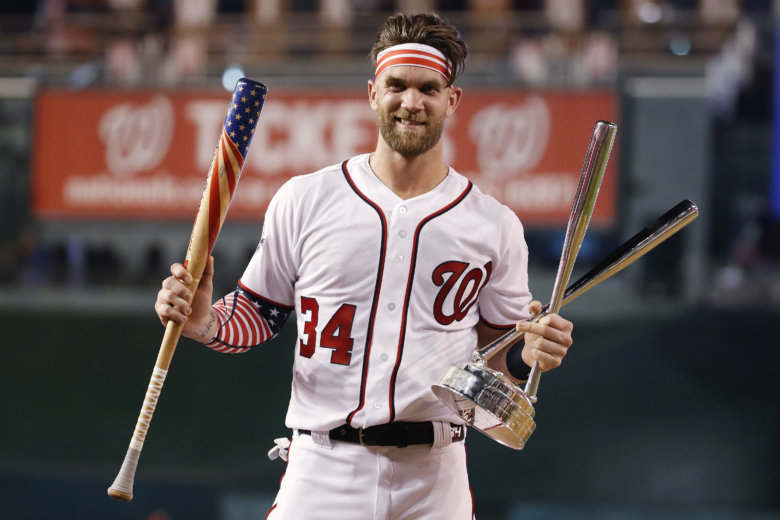 His teammates were encouraging him through the entire process.  Sean Doolittle said, “You could tell this was on his radar.  He came here to win. He wasn’t just having fun with the hometown crowd. I don’t know, maybe the roll he got on tonight, that confidence you get from winning something like this in the way that he won it in front of the hometown fans. … I mean, yeah it’s a silly competition, but at the end of the day, that could be something that really jump-starts a guy.”

There has been controversy about the competition, and many are saying that Harper and his dad were cheating towards the end of the time. CBSsports covers the story and explains the rules to the competition.  But the final decision showed in favor of Harper and he was named the 2018 champion.