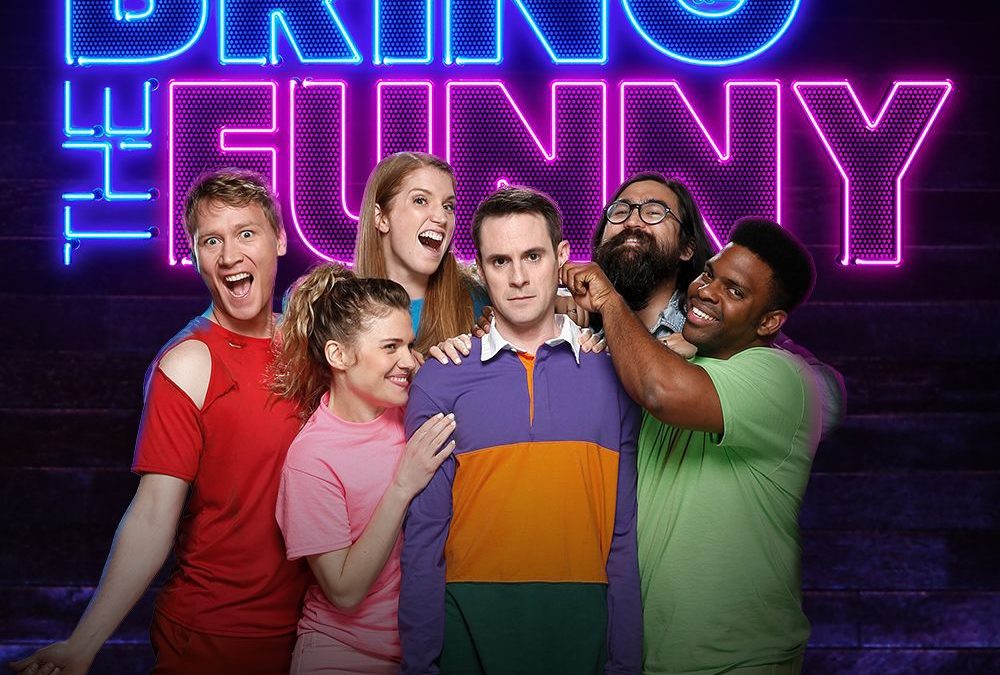 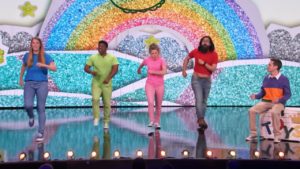 The cast members of the former BYUtv sketch comedy show Studio C became some of Utah’s most recognizable entertainers. Although the show was a huge success and became the network’s crown jewel, several members of the original cast commented that Studio C did not change enough for them to stay with the show or with BYUtv. So, in 2018, the original cast left BYUtv and launched JK! Studios, a comedy-focused media company.

On 9 July 2019, a new reality comedy competition show called Bring The Funny premiered on NBC, featuring members of JK! Studios. On the premiere show, Mallory Everton, Jason Gray, Stacey Harkey, Natalie Madsen, Matt Meese, and Jeremy Warner performed “a slightly twisted spoof” on a children’s television show in a sketch called “Happy Fun Friends.” The skit was such a big hit with the judges that they were advanced to the next round in the competition.

Judge Jeff Foxworthy said, “You know what was cool about that? I don’t think I’ve ever seen a sketch group take on a kid’s show. It was fabulous.” Judge Kenan Thompson added, “Your stage presence is amazing. The way you work the room is amazing. I thought it was great.” 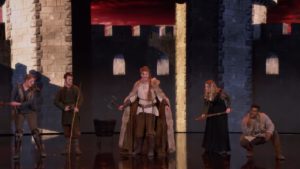 On the 6 August 2019 episode of “Bring the Funny,” the cast of JK! Studios wowed the judges once again with a skit that featured bloodthirsty Vikings, yoga, and essential oils. After the hysterically funny skit, judge Jeff Foxworthy said, “I watch you guys, and I wish I was part of a sketch troupe.” Judge Kenan Thompson added, “You guys are . . . a very, very professional sketch group.” And Chrissy Teigen said, “As soon as you came out, I knew it was going to be something different, which is what we love to see. We love to see people taking our notes and stepping outside the box.”

The cast of JK! Studios have been advanced to the semifinal rounds. It will be interesting to see what their next hilarious skit will be.