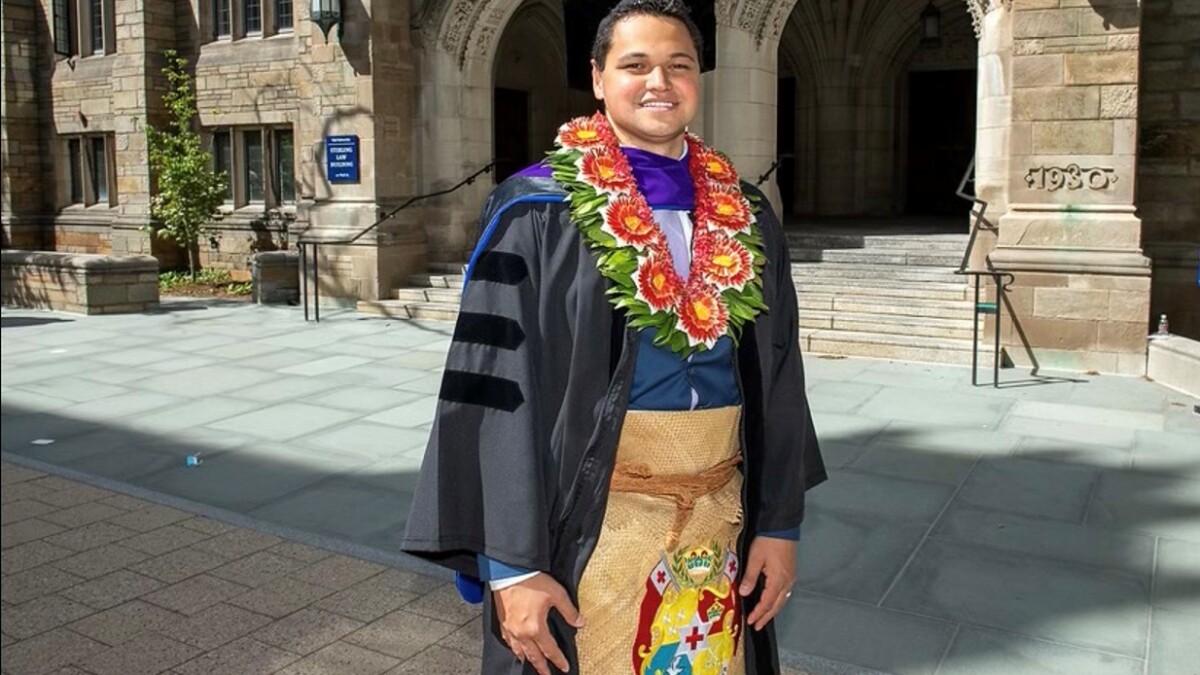 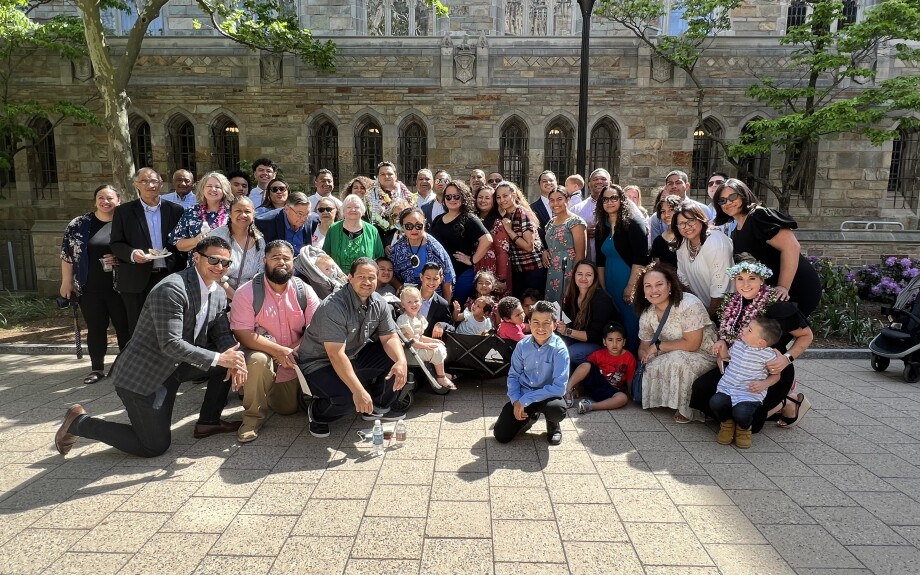 Koloa Ha’afuluhao Wolfgramm, a member of The Church of Jesus Christ of Latter-day Saints, recently made history at the 2022 commencement ceremony for Yale Law School.

There was an explosion of cheers from the audience as 87 members of the Wolfgramm family, including General Authority Seventy, Elder Vai Sikahema (Koloa’s first cousin), clapped and yelled as the 26-year-old graduate received his diploma. After receiving his Juris Doctor (J.D.) degree, Koloa Ha’afuluhao Wolfgramm became the first-ever Pacific Islander to graduate from Yale Law School.

Yale, which consistently ranks as the top law school in the country, tracks the graduation rates of six racial groups. Until this spring, the Native Hawaiian/Pacific Islander group was the only category that had yet to have someone graduate from Yale Law.

Leading up to graduation I was often asked how I felt. To be honest, I didn’t feel strongly about it until I walked across the stage to the thundering roars of nearly a hundred of my family members who had flown from across the country to celebrate the first Pacific Islander to graduate from Yale Law. I felt a deep sense of love and appreciation for my family and what my ancestors sacrificed so that I could be here. This is a family accomplishment more than an individual one. 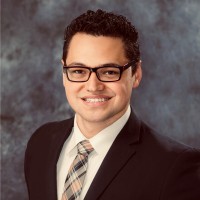 Koloa is more than just a first name. “Koloa” also happens to be the name of the island that Koloa Ha’afuluhao Wolfgramm’s family comes from in Tonga. The island is about the size of three football fields with a small cemetery, approximately 15 houses, and a beach. Koloa’s grandparents left the island to seek educational opportunities that their grandson has now achieved.

Koloa’s wife, Rebecca, commented, “For us, this is really bridging the gap between corporate America and Pacific Islanders.  And that is really, [really] special to us.” Koloa hopes his graduation will broaden the perception of the Polynesian community in America and help people realize that academia is just as important in the Polynesian culture as sports and entertainment. He told LDS Living, “Perhaps Polynesians will not just be known for being animals on the gridiron, but also in the classroom.”

To say that Koloa’s journey to law school (culminating in his graduation) has been interesting is perhaps an understatement. From developing a passion for Arabic and being invited to move to Jordan, to serving in a bishopric during his first year of law school, his life has been replete with the unexpected. His wife says, “My husband has never been afraid to be an outlier. He’s not afraid to stand up for what he believes in. He’s not afraid to go against the status quo. He’s always prioritized serving the Lord or His fellow man over doing anything for himself.”

At the young age of four, Koloa was diagnosed with bone cancer. He overcame the disease, but at the age of 13, his right leg had to be amputated due to complications. Nevertheless, he never allowed the amputation to deter him from living a normal life. When he was 16, he joined the USA Para Bobsled team, the first national team for the sport. He later joined a group of fellow amputees who preferred to play basketball standing up, rather than in wheelchairs. His team formed a non-profit and traveled around the country playing basketball against able-bodied teams, doing NBA halftime shows, and talking to other amputees. 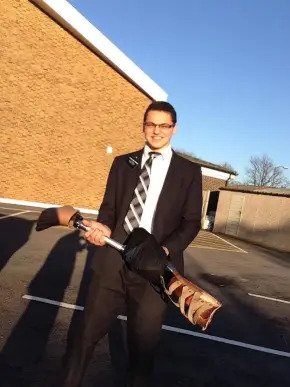 He decided to set sports aside and served a full-time mission for the Church in the England London South Mission. He was originally called to speak English but after he arrived, he was asked to learn Mandarin. Although he was excited to serve, there was still some underlying concern about how well his body would hold up with the hours of walking and standing required by full-time proselyting.

Koloa told LDS Living, “I was given a blessing before I went out that every morning that if I’d worked hard the day before that my leg would be healed each morning. On those nights where it was [really] painful, I’d wake up the next morning and the leg would be completely fine.” In a video about his early life, Koloa testifies, “. . .. the Lord knows who we are, knows what we’re doing, and knows what we’re capable of.”

At the beginning of his mission, Koloa aspired to become a surgeon one day. However, after some conversations with his mission president who was a heart surgeon, he soon realized his interests lay more in discussing ideas and in seeing how the law affects the world. After returning home from his mission, he began to prepare for law school by attending Brigham Young University (BYU) for his undergraduate degree.

After sitting in on an Arabic 101 class that a friend was taking, Koloa felt impressed that he should study Arabic for his undergrad—and discovered he had quite an affinity for the language. After enrolling in and completing that 101 class, he skipped several courses and took a fourth-year class the next semester. Soon after, he received an invitation to travel to Jordan with other advanced Arabic students from BYU to participate in a humanitarian pilot program. With only a week to prepare to leave, he and Rebecca, whom he had married seven months after returning from his mission, flew to Jordan and spent seven months there. He studied at an Arabic language institute and they both served in church capacities.

It was a great experience. It felt like being on a mission in a lot of ways because we got to spend all our time engaging with the community and assisting with the church’s humanitarian efforts.” He also said that his time spent in Jordan proved to be a beneficial asset for his further studies of law. He commented, “It’s a valuable experience seeing how the laws work in a non-Judeo-Christian country. Because a lot of our laws are based in Judeo-Christian values. So you go to a country that has a different basis for their laws, and their religion, and their culture, and you start to see differences, and you think about why there are differences.

While he was in Jordan, Koloa was also able to have one of his law school interviews in Arabic. After graduating with his bachelor’s degree in Arabic and Middle Eastern Studies in 2019, he was accepted to Duke University’s law program. It was there that the Lord had a work for Koloa to do before he made his way to Yale. 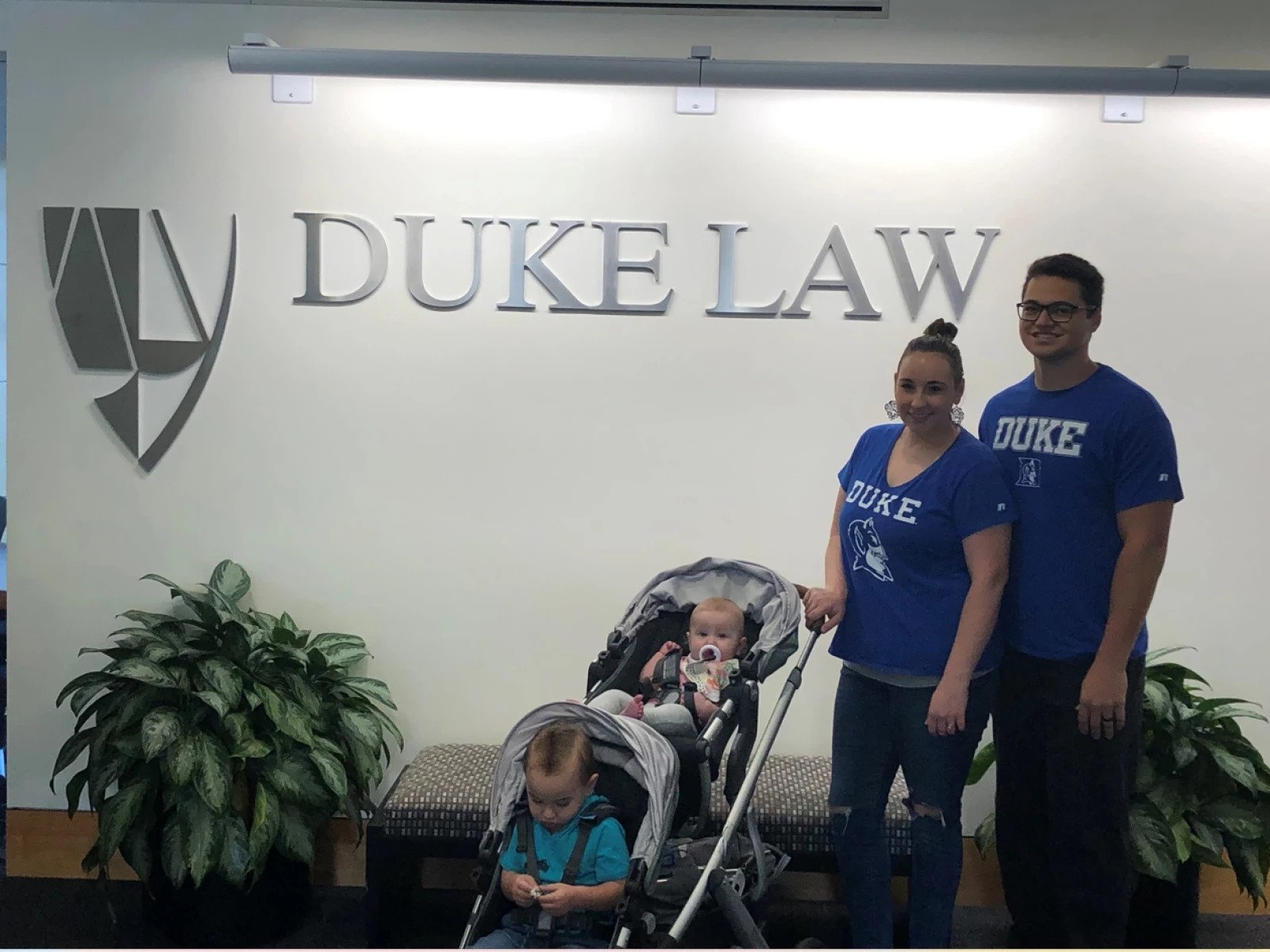 When Rebecca and Koloa arrived in North Carolina for his first year of law school, their little family of now four members included two young children. The ward they had been living in had 200-300 active members, and Koloa was called to serve in the bishopric.

He said, “I don’t even know if I knew which person on the stand was the bishop when we got the call. But my wife and I made a promise when we got married that we would do what the Lord asks, regardless of where we were or what we were doing when He asks. We would use His timing as our guide instead of our own.”

The next year was busy. Rebecca would drop Koloa off on campus at 8 a.m. and pick him up at 5 p.m. Tuesday nights and Sundays were totally dedicated to Church service. But the rest of his free hours Koloa devoted to his family.

Rebecca was a stay-at-home mother during that time and looks back in awe at how the Lord took care of them. She said, “I would be wrong to say that it wasn’t really challenging at times, having to take care of the kids a lot when he’s studying for finals. But it was incredible to see how when we prioritized our marriage and family where possible, the Lord blessed us significantly. He blessed me with more patience than I’ve ever had in my life.”

Koloa added, “Evenings and Saturdays were boxed off for family—that was always really held sacred. Other things weren’t allowed to encroach on that unless there was a huge emergency or something. Going home and putting away the books and playing with the kids, watching a show with them, or having dinner together—that provided a needed break to the brain.”

Their dedication to family and the gospel paid off. Koloa said, “I think that I did as well as I did at Duke maybe not in spite of, but because of, my service in the bishopric.”

Now that law school is over, Koloa looks forward to continuing to build up the company he, his father, and his uncle started last year, Wolfgramm Capital, a real estate private equity firm specializing in value-add hospitality investments.

Koloa says, “Being able to hopefully fulfill what my immigrant ancestors wanted is special to me. I have no qualms in saying that a lot of things that I’ve been able to do is because of good decisions made by the people around me: my parents, grandparents, uncles and aunts, cousins—those who encouraged me.”